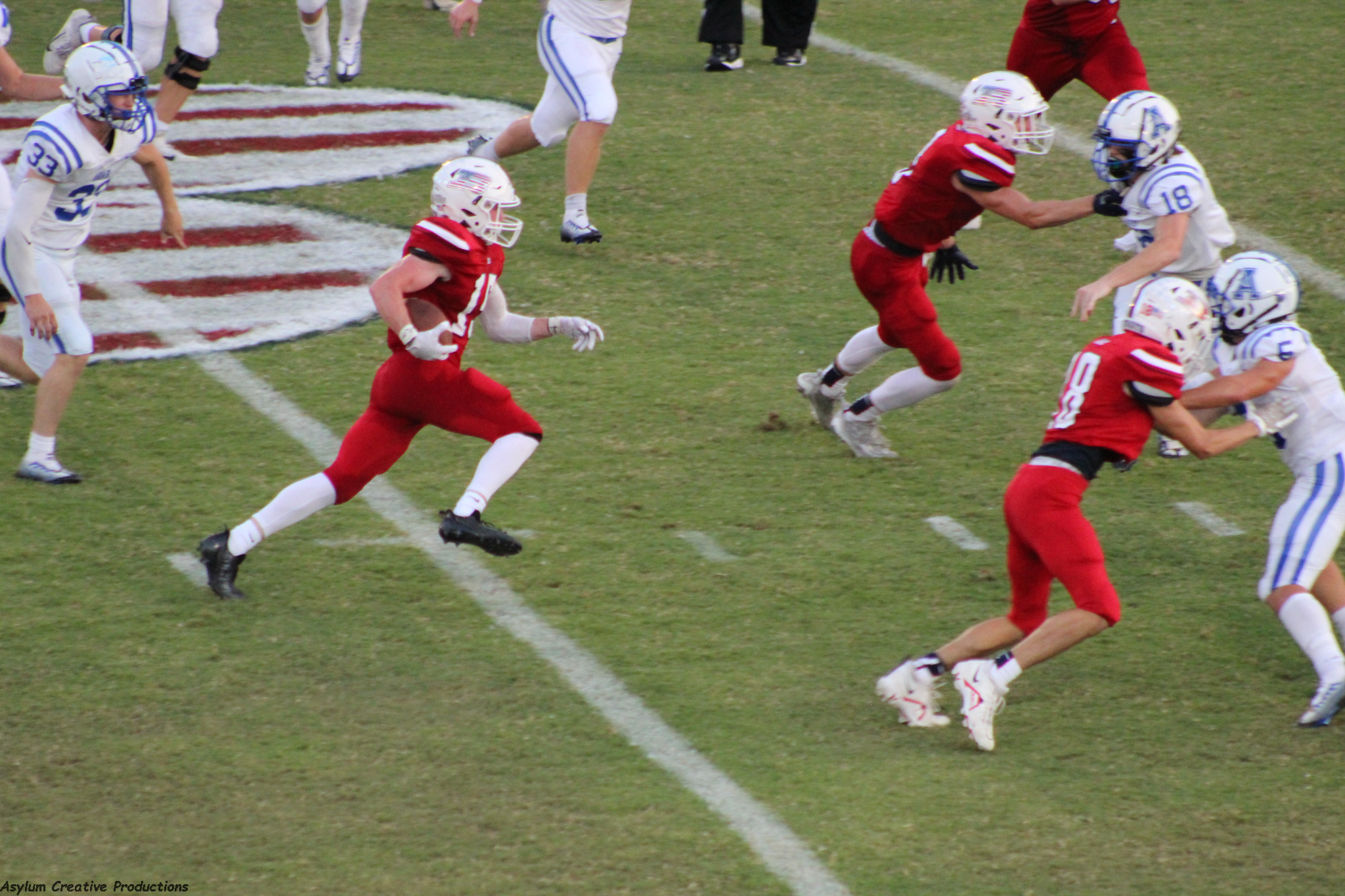 Walker Latham runs for a big gain early in the first half of the Patriots’ home loss to Arab. Special to the Enquirer/Daniel Jacobs

The Brewer Patriots had this game circled on their calendar since their schedule first came out. Their rival, the Arab Knights, was traveling down the mountain for a matchup at Tucker Stadium.

Both teams opened with wins last week, and momentum was riding high for each.

Arab jumped out in front 7-0 early in the first quarter. They extended their lead to 21-0 going into halftime. They added touchdowns in the third and fourth quarters to cap off the 35-0 victory over the Patriots.

The Patriots rushed for 117 yards and passed for 93 in the loss. Lukas Simpson led the way with 74 yards rushing on 20 carries.