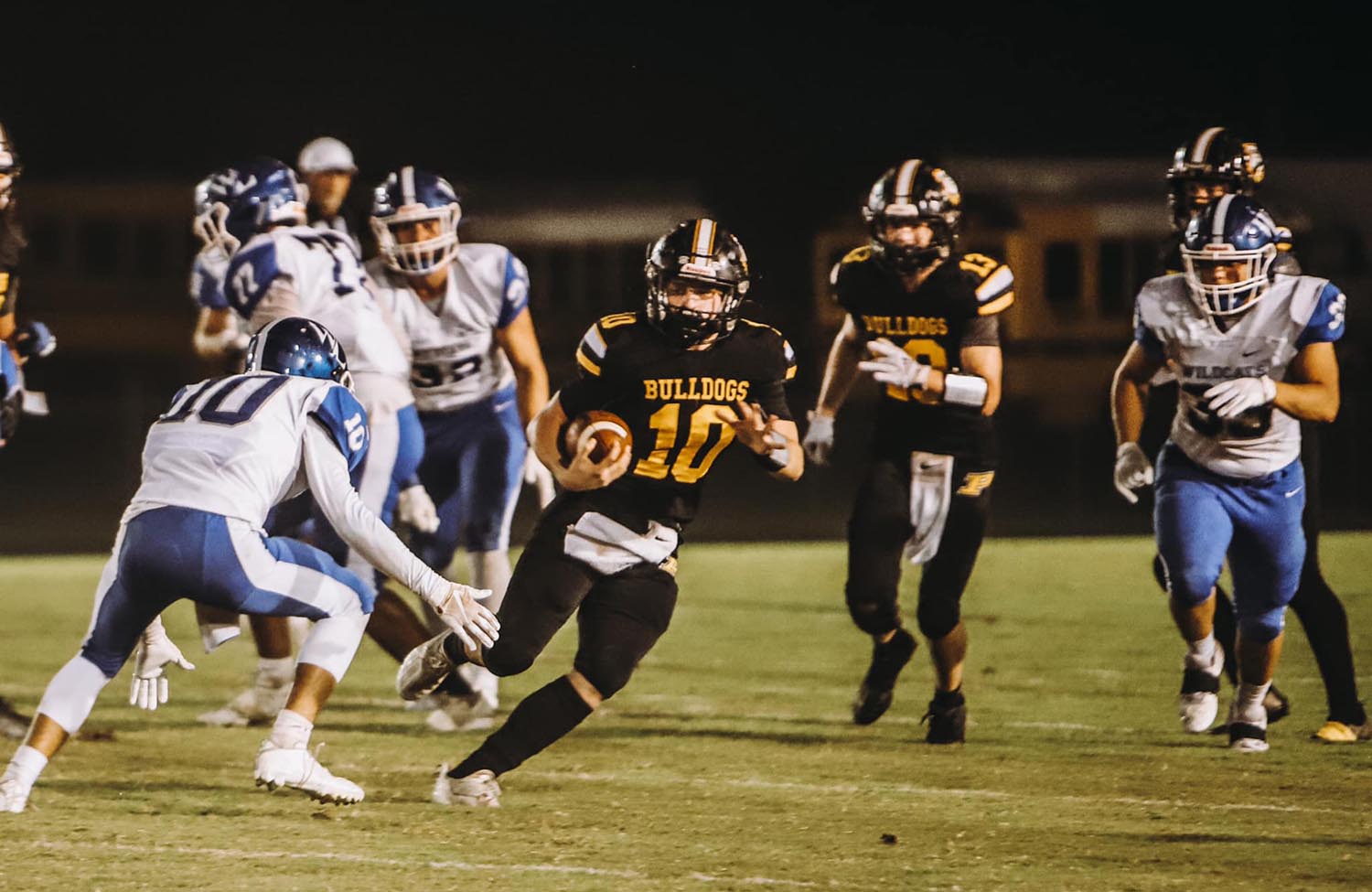 Priceville tied a school record for wins last Friday as they won their eighth game of the season 56-50 over West Limestone in an overtime thriller.

“I thought it was a wild game,” said Priceville Coach Chris Foster. “Every time I thought we had gained a firm grip on the game, West Limestone, to their credit, found a way to keep fighting back.”

The Bulldogs jumped out to a 22-0 lead behind a 60-yard touchdown pass from Jackson Prickett to William Baker, and two touchdown runs, 10 yards and 42 yards, by Mason Cartee.

Priceville extended the lead to 29-14 seconds later when Cartee scored on a 68-yard run with 8:31 left in the first half.

The Bulldogs extended the lead again by converting a West Limestone interception into a touchdown; Prickett scored on a 6-yard run.

The Wildcats again added points with a 59-yard touchdown pass right before halftime to cut the lead to 36-21.

Jake Langlois intercepted his second pass to set up Cartee for his fourth touchdown on a 3-yard run with a little more than six minutes left in the third quarter to push the lead to 43-21.

Cartee had a 36-yard run to get the ball into West Limestone territory as the horn sounded to end regulation.

West Limestone got the ball to start overtime, and after a positive gain on first down, they lost yardage on second and followed that up with a delay-of-game penalty.

On third down, the Wildcats looked to have an open receiver in the endzone until Langlois cut in front of him and intercepted his third pass of the game.

Priceville took over at the 10-yard line, and Cartee ended the game with his sixth touchdown on a 6-yard run to give the Bulldogs the 56-50 win.

“I am proud of our team for regaining composure after West Limestone tied it at the end,” said Foster.

Cartee finished with 346 yards rushing and six touchdowns on 28 attempts.

Prickett was four of five for 58 yards and an interception. Baker had three catches for 40 yards and added 62 yards rushing and a touchdown on two attempts.

“Langlois made several key plays throughout the game that allowed our team to come away with the win in the end,” said Foster.

Tristan Holmes added 11 tackles, including a tackle for loss.

Priceville (8-1) will travel to St. John Paul II to close out the regular season Friday night.