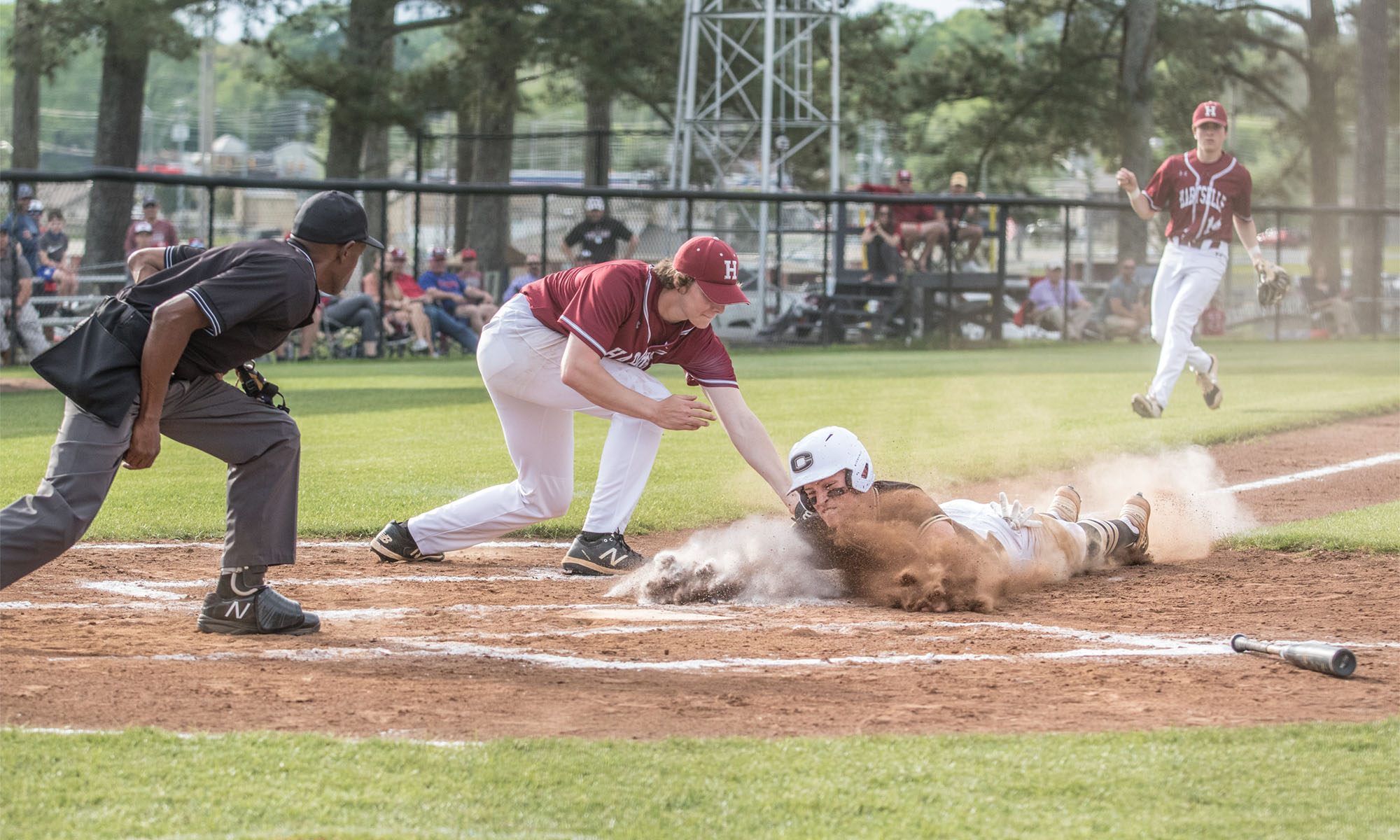 Bitter rivals, Hartselle and Cullman, met for the first time this season with the area championship on the line. Cullman swept the three-game series, winning 2-1, 2-0, and 10-0.

Cullman 2, Hartselle 1
The Bearcats scored runs in the second and third innings to take an early 2-0 lead. The Tigers pushed across a run in the bottom of the seventh when Peyton Steele drove home Elliott Bray with a groundout to make the final score 2-1. Caleb Pittman took the loss for the Tigers after pitching a complete game and giving up two runs on five hits while striking out five. Eli Snelson and Bray each had a hit for Hartselle.

Cullman 2, Hartselle 0
In the second pitcher’s duel of the series, the Bearcats pulled out a 2-0 victory to clinch the series over the Tigers. Cullman held Hartselle to four hits, all singles, while the Bearcats had eight hits. Cullman pushed across a run in the bottom of the first and another in the bottom of the fifth for the 2-0 win. Snelson, Bray, Drew Cartee, and Brodie Morrow each had a hit for Hartselle. Bray took the loss after going six innings and giving up two runs on eight hits while striking out nine.

Cullman 10, Hartselle 0
Cullman completed the sweep with a 10-0 win in the third game. Bearcats pitching held the Tigers to two hits, one each from Blaze Gillespie and Coleman Mizell. Drew Cartee took the loss after giving up four runs on two hits while striking out two in one inning of work. Colby Widner pitched in relief of Cartee and gave up six runs on six hits in 1.2 innings of work. JT Blackwood closed out the game for the Tigers with a scoreless 1.1 innings of work.

With the series loss, the Tigers (21-12) finish runner-up in the area and will travel to Buckhorn (21-13) on Friday for a first-round matchup with the Bucks, winner of Area 16. This will be the 10th consecutive season that Hartselle will open the state playoffs on the road.