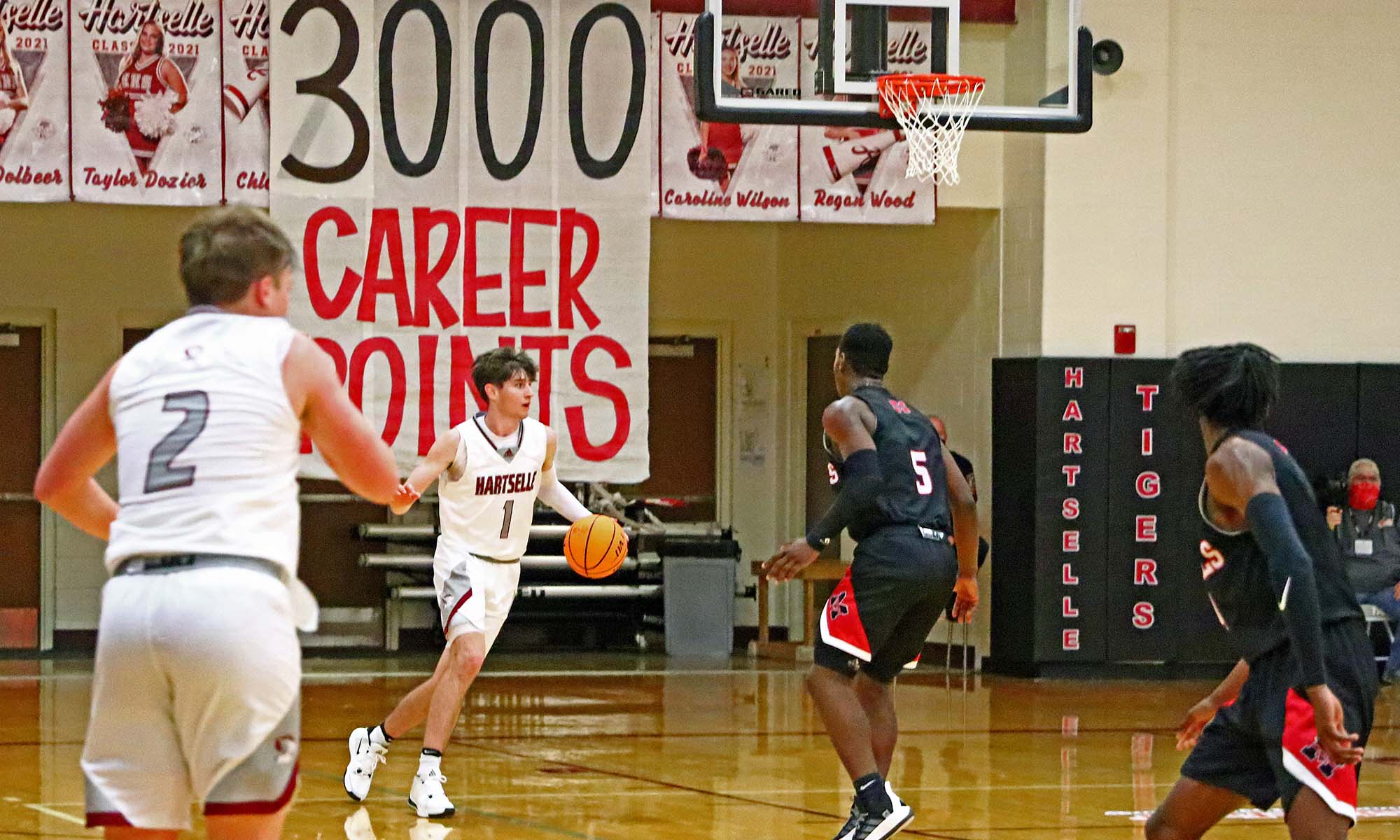 Brody Peebles went over 3,000 career points in the Tigers’ 64-48 win over Muscle Shoals in the 6A Area 14 area tournament championship on Friday.

“3,000 is an awesome, individual thing,” said Peebles. “This is more a tribute to God, my coaches, and teammates.”

He entered the game needing 22 points to become the first Hartselle basketball player to eclipse the 3,000 point mark.

Elijah Kellick came up with a steal and passed the ball out to a streaking Peebles with less than a minute remaining in the third quarter, who hit a layup to give him his 3,000th career point. The basket gave Hartselle their largest lead of the game, 40-30, to that point.

“3,000 points are something special, but I am more excited about getting the win over Muscle Shoals,” said Peebles.

Peebles finished with the game with 32 points and now has 3,010 career points.

“Brody has done more for Hartselle basketball than any coach or player has done,” said Hartselle coach Faron Key. “He has inspired kids of all ages to go out and work hard because they have seen him work hard. His 3,000th point is special for him and the program. ”