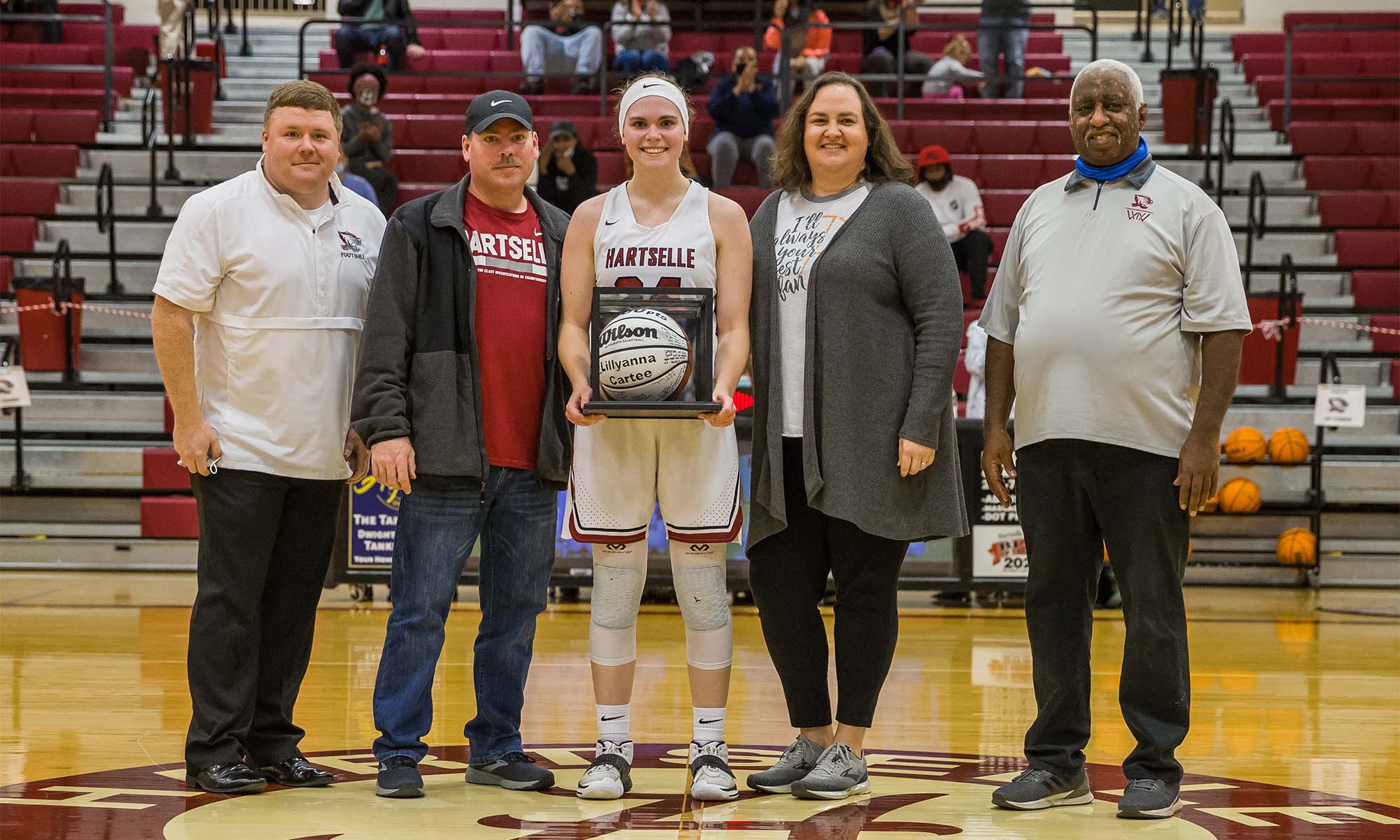 Lillyanna Cartee is recognized at halftime for eclipsing 1,000 points in her career. Photo by Mariann Parker.

Lillyanna Cartee joined the 1,000 point club at Hartselle High School in the Lady Tigers’ 68-25 win over Decatur in the first round of the 6A Area 14 tournament.

Hartselle opened the first quarter with a 5-0 run with points from Maggie McCleskey and Hailey Holshouser. Following a Lady Red Raiders basket, the Lady Tigers scored 11 straight. Cartee capped off the 11-0 run with a pair of free throws that put Hartselle up 16-2 and gave her 1,000 points for her career. The Lady Tigers led 20-4 after the first.

Hartselle opened the second quarter 13-0 run powered by three-pointers from Cartee and Karleigh Shipley. Decatur hit two three-pointers late in the quarter to cut the Lady Tigers’ lead to 33-12 at halftime.

The Lady Tigers opened the third quarter on a 14-2 run with points from McCleskey, Holshouser, Masyn Marchbanks, and Alyssa McMinemon. Decatur and Hartselle added five points each in the final two minutes. The Lady Tigers led 52-19, heading to the fourth.

Marchbanks finished with 16 points and five steals to lead Hartselle (22-2). Cartee ended the game with nine points and eight rebounds. McCleskey added eight points, while Hill and Shipley each had seven.

Whitley and CC Chapman each had six to lead Decatur (5-17).

Hartselle with host Muscle Shoals, a 47-40 winner over Cullman, on Friday at 6 pm.