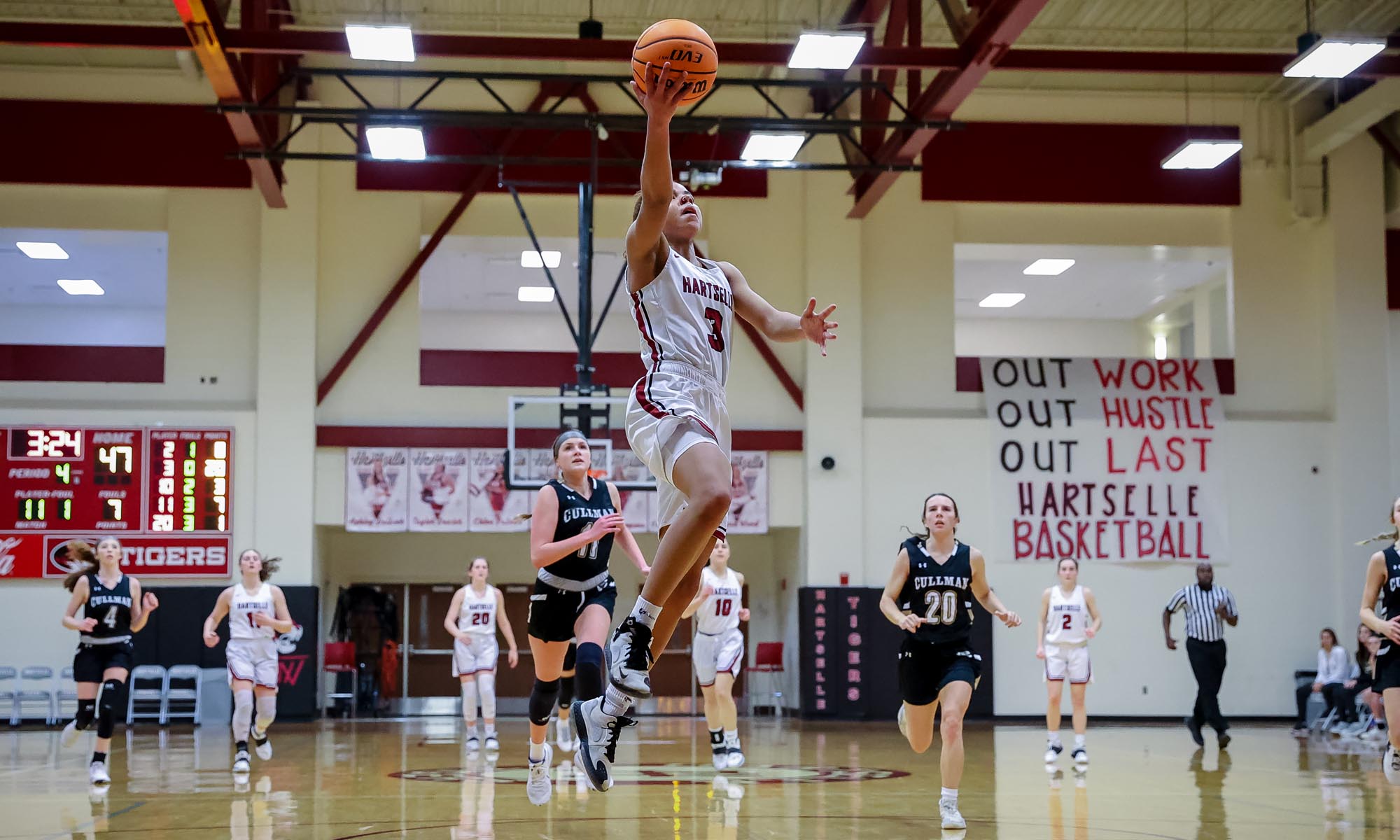 The Hartselle Lady Tigers improved to 2-0 in area play with a dominating defensive performance in their 54-37 win over Cullman.

Cullman took an early 8-6 lead behind Jaden Winfrey’s play, who scored six of the Lady Bearcats eight points. Hartselle took their first lead of the game, 10-8, when Masyn Marchbanks hit her second three-pointer of the quarter. After Cullman tied the game at 10-10, the Lady Tigers closed the quarter with a 4-0 run to grab a 14-10 lead after the first quarter.

Hartselle started the second quarter by hitting four three-pointers in a 15-6 run to expand their lead to 29-16.  Marchbanks had back-to-back buckets to give the Lady Tigers a 33-19 lead at halftime.

The third quarter was dominated by both defenses. Hartselle held Cullman to four points on one field goal and two free throws. The Lady Tigers were able to build their lead to 40-23 at the end of the third despite being held to seven points.

The Lady Tigers knocked down three more three-pointers in the fourth to build their largest lead of the game, 54-31, with a little more than two minutes to go. The Lady Bearcats scored the game’s final six points to make the final score 54-37.

Lady Tigers’ second half rally sinks 4A No. 3 Deshler

Hill leads Lady Tigers to an area win over Decatur