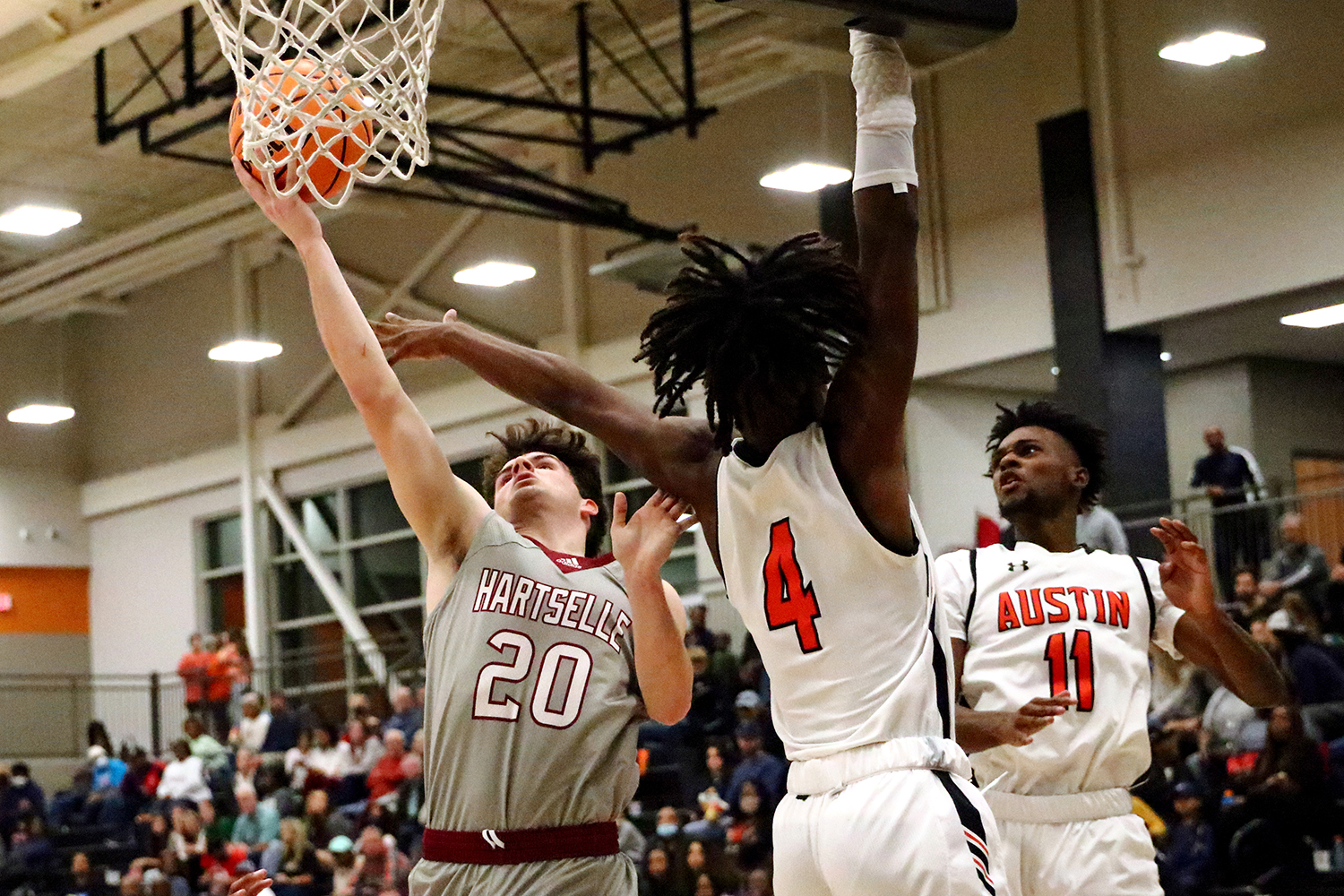 Hartselle traveled to Austin for the Tigers’ second matchup with the Black Bears this season. Austin won the first game 56-53 on the Tigers’ home court earlier this season.

Rylan Smothers had six points to lead Hartselle in the first half.

The teams combined for 41 points in the third quarter. Hartselle cut into the Austin lead by one.

Luke Ward had 12 points for the Tigers in the third.

Austin outpaced Hartselle 21-17 in the final quarter to finish off the 66-55 victory.

Ward finished with 22 points and five rebounds to lead the Tigers (4-5). Dominic Simmons added 10 points, and Smothers finished with eight before leaving the game with an injury in the third quarter.