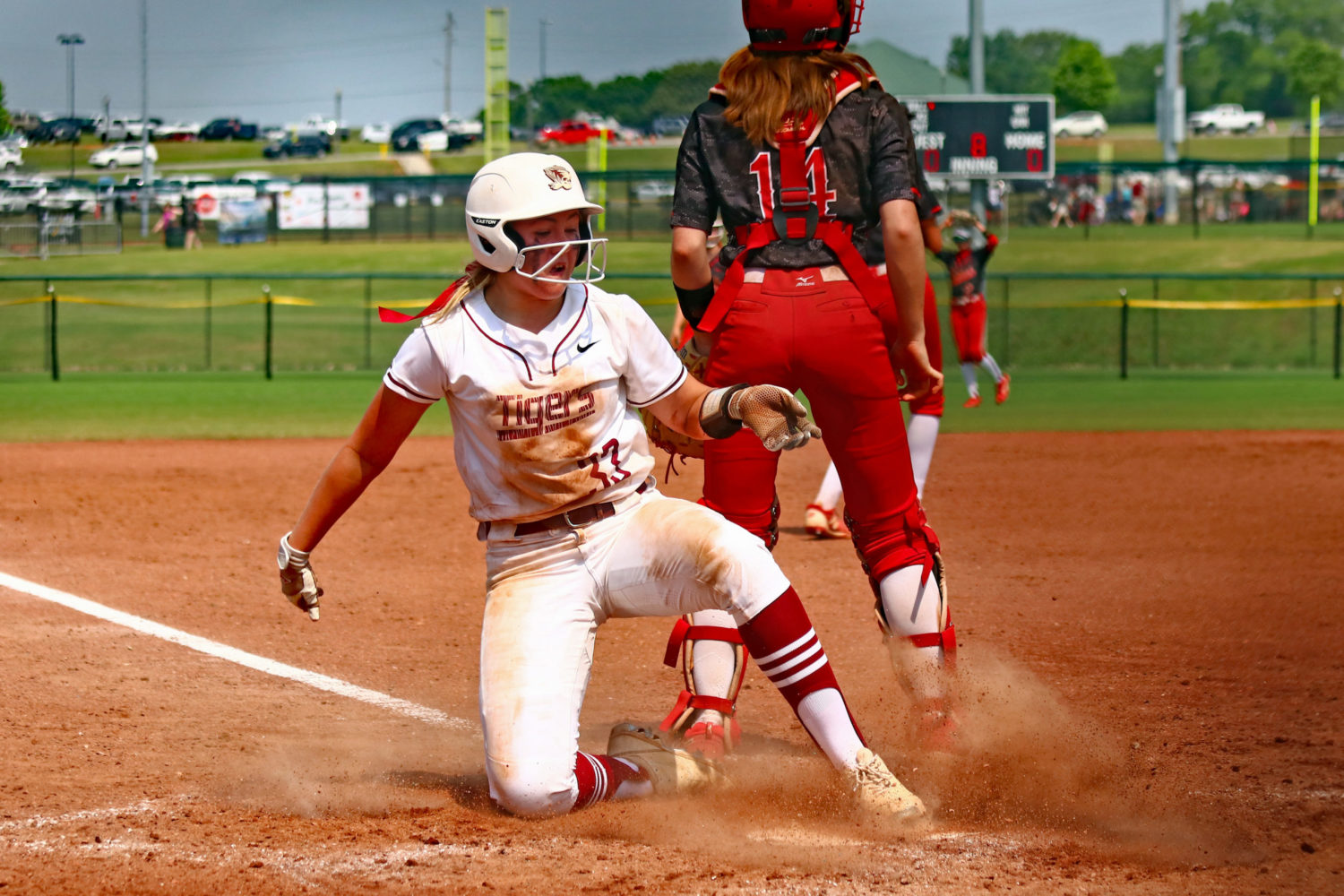 The Lady Tigers saw their season come to an end in Florence as their bats fell silent.

After a 19-0 tournament-opening win over Minor, Hartselle struggled to put runs on the board in losing two of their final three games. The Lady Tigers’ offense was held to four runs in the last three games, including a 2-1 loss to No. 2 Athens, a 1-0 win over No. 4 Hazel Green, and a 2-1 loss to area-foe Cullman.

Hartselle 19, Minor 0
Hartselle opened the North Regional with a 19-0 win over Minor. Twelve players scored runs for the Lady Tigers, with Larissa Preuitt and Karsi Lentz scoring three, while Mary Elizabeth Booth, Emily Hall, and Virginia Kate Hoyle scored two. Lentz had a double, a triple, and two RBIs to lead the Lady Tigers. Preuitt, Riley Cate Wolf, and Emma Parker had RBIs. Sarah Bowling picked up the win after allowing four hits and striking out three in three innings.

Athens 2, Hartselle 1
The Lady Tigers were held to four hits in their 2-1 loss to Athens. Kaelyn Jones had two hits, including a double and an RBI, to lead Hartselle. Preuitt had a triple and a run scored, while Lentz had a double. Blayne Godfrey suffered the tough-luck loss after allowing two runs on two hits while striking out six in seven innings.

Hartselle 1, Hazel Green
Lentz’s only hit proved to be the game-winner as she plated Brooklyn Stiles in the bottom of the eighth inning to defeat No. 4 Hazel Green 1-0. Brantley Drake had two hits to lead Hartselle, while Preuitt, Stiles, and Katie Gillott added singles. Blayne Godfrey earned the win after striking out 15 in eight innings while allowing four hits.

Cullman 2, Hartselle 1
Hartselle’s season came to an end with a 2-1 loss to area rival Cullman. The Lady Tigers had seven hits but only managed to get one runner across the plate. Jones had a hit and scored a run to lead the Lady Tigers. Brityan Godfrey had a hit and Hartselle’s only RBI. Lentz, Hall, Drake, Stiles, and Gillott also had hits. Blayne Godfrey suffered her second 2-1 loss of the Regional after allowing two runs on one hit while striking out 13 in six innings.

Coach speak
On the Bats: “The bats just went cold at the wrong time,” said Hartselle coach Christopher Reeves. “We didn’t do anything different and prepared like we had all season, but unfortunately, the hits didn’t fall when we needed them. Not to take anything away from the teams we played, because they did what they needed to win, but we just didn’t swing it like we normally do.”

On Blayne Godfrey: “Blayne pitched the best she could pitch and was a warrior for us in the circle,” said Reeves. “Only giving up four runs in three games, with only one being an earned run, is tough to swallow.”

On the season: “Overall, this was one of the best seasons I’ve ever been a part of,” said Reeves. “The girls worked extremely hard from September until now, and several school and state records were broken. We will miss the seniors leaving, but we will get back to work in a few short weeks preparing for next year.”