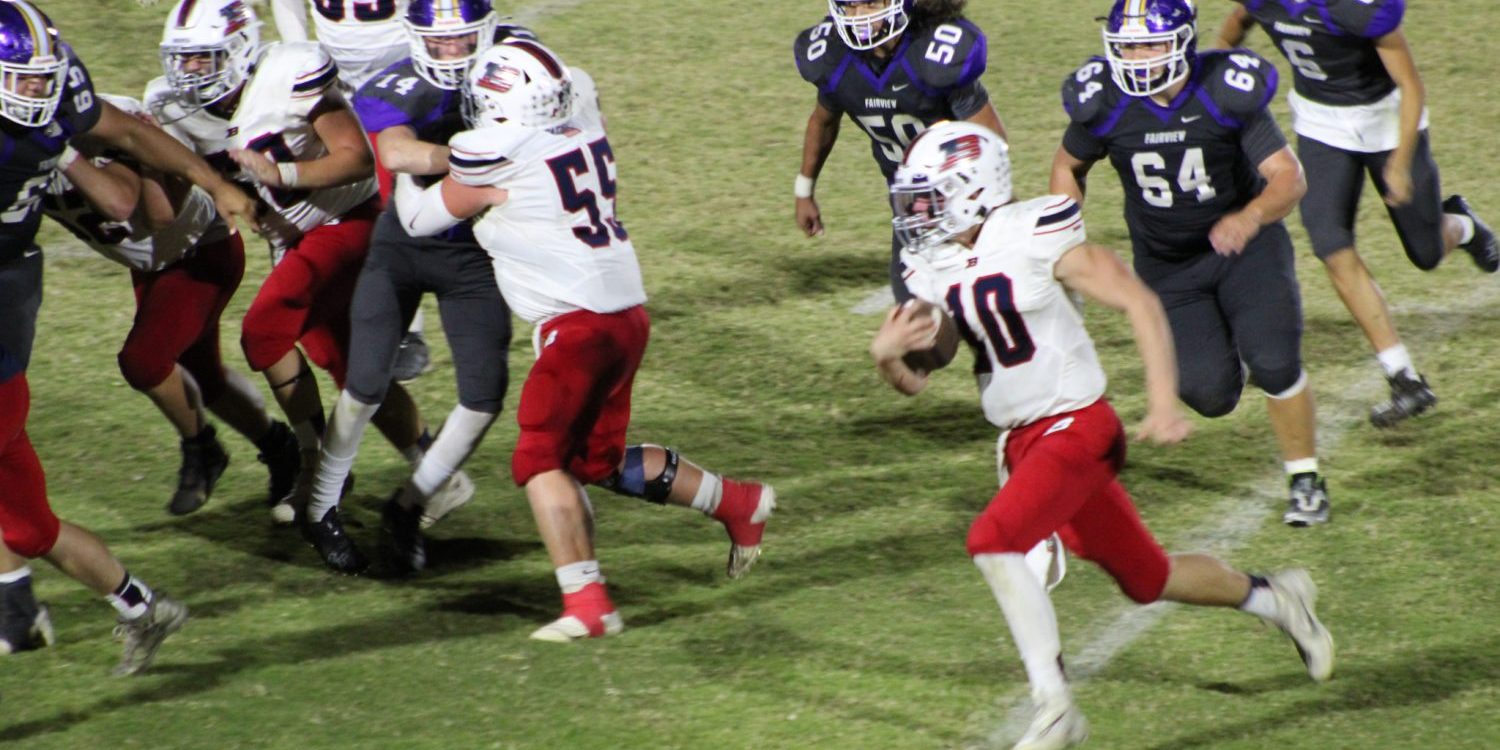 FAIRVIEW – The Brewer Patriots dropped their third consecutive game to fall to 3-5 overall and 2-3 in region play with a 55-13 loss to Fairview this past Friday.

Fairview led 42-0 at halftime. The Patriots scored first in the second half to get on the scoreboard.

Lukas Simpson scored both of Brewer’s touchdowns with a rushing score and a receiving score. The first touchdown came on a one-yard plunge into the endzone with the second score coming on a five-yard pass from Cason Oden.

Brewer will take the week off before hosting West Point on Oct. 21 in a crucial 5A, Region 8 matchup. A Patriots win over the Warriors will clinch the fourth seed from Region 8 in the 5A playoffs.