Falkville rally comes up short in 40-33 loss at Lexington 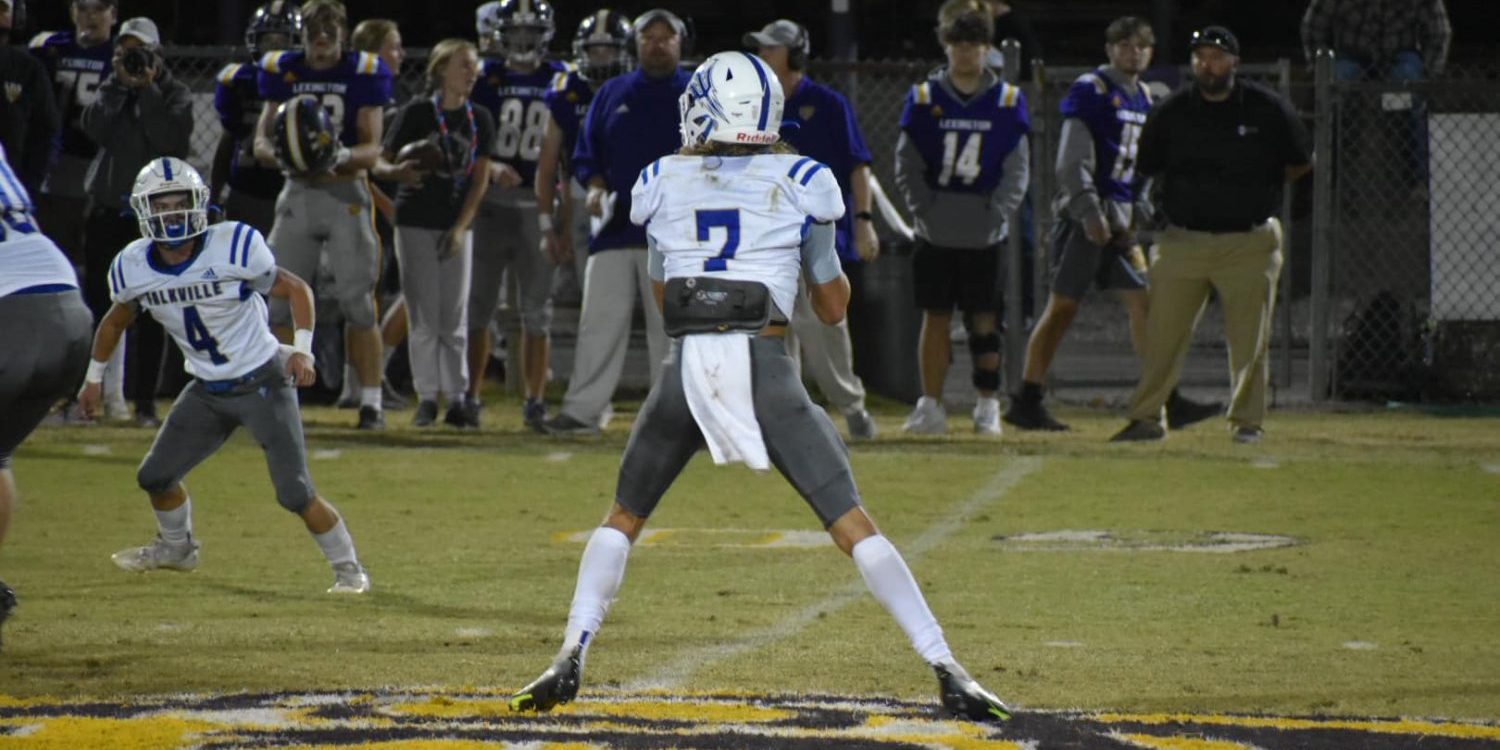 Caden Burnett drops back to pass in Falkville’s 40-33 loss to Lexington. Photo by April Shaneyfelt.

LEXINGTON – Falkville trailed 34-20 heading into the fourth quarter but rallied to make it 34-33 before falling to Lexington 40-33 in a Class 2A, Region 8 battle.

The Blue Devils’ Caden Burnett scored on a three-yard run and had a 31-yard pass to Isaiah Warnick to cut the Lexington lead to 34-33. However, the Golden Bears responded with a touchdown to pull away for the seven-point victory.

Burnett and Warnick teamed up for three other touchdown passes of 45, 75 and 58 yards.

Burnett finished 16 of 26 for a career-high 374 yards with four touchdowns.

Warrick finished with eight catches for a school-record 303 yards and four touchdowns.

Levi Lynn had nine tackles to lead the Falkville defense, while Dave Lockhart had eight with two tackles for loss.