Hartselle falls in quarterfinals of the N2Hoops Invitational 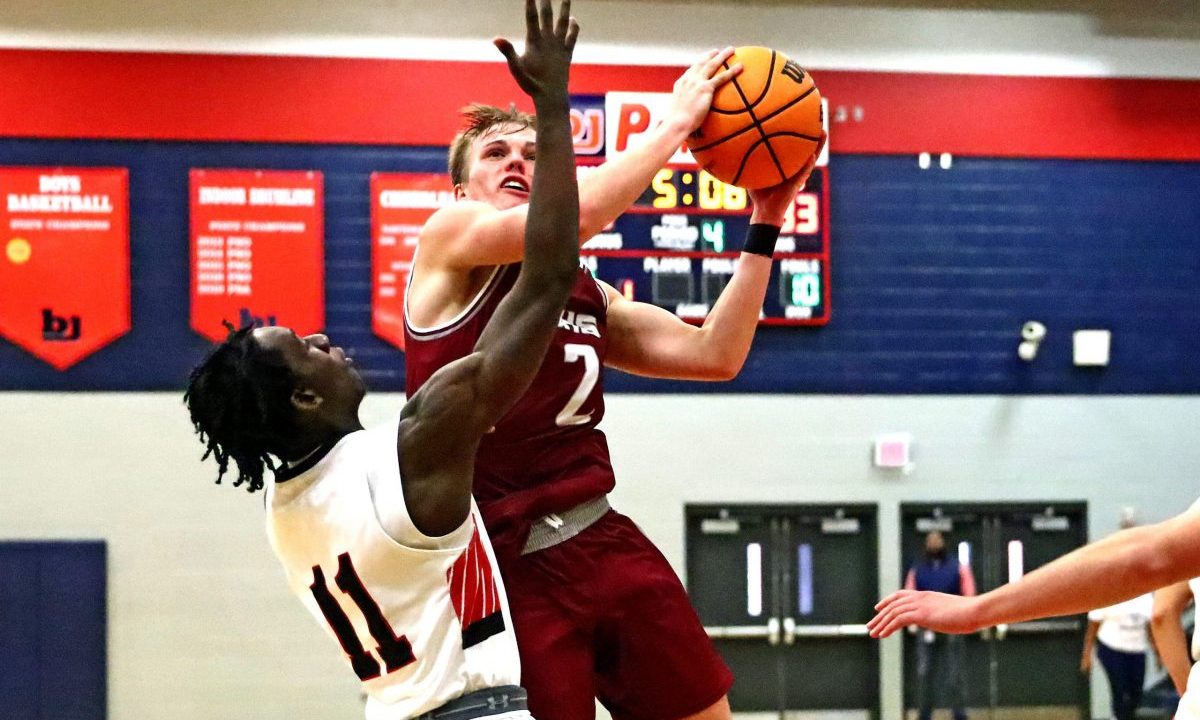 Ryan Dunn shoots over a Westminster Christian defender in the Tigers’ 62-41 loss to the Wildcats. Photo by Jim Meadows.

MADISON – The Hartselle Tigers fell in the quarterfinals of the N2Hoops Invitation to Westminster Christian after defeating Florence in the first round.

Hartselle trailed by 17-9 after the first and 28-19 at halftime before being outscored 34-22 in the second half in the loss to Westminster Christian.

Ryan Dunn finished with 15 points and three assists to lead the Tigers. Kiah Key added 10 points, all in the second half, and five rebounds, while Kohl Key had eight points and four assists.

The Wildcats outscored the Tigers 17-4 at the foul line and outshot them 24-6 for the game.

Hartselle coach Faron Key was ejected with less than two minutes remaining in the third quarter following a no-call after a Hartselle player was knocked to the floor following a three-point attempt.

Chase McCarty finished with a game-high 29 points for Westminster Christian.