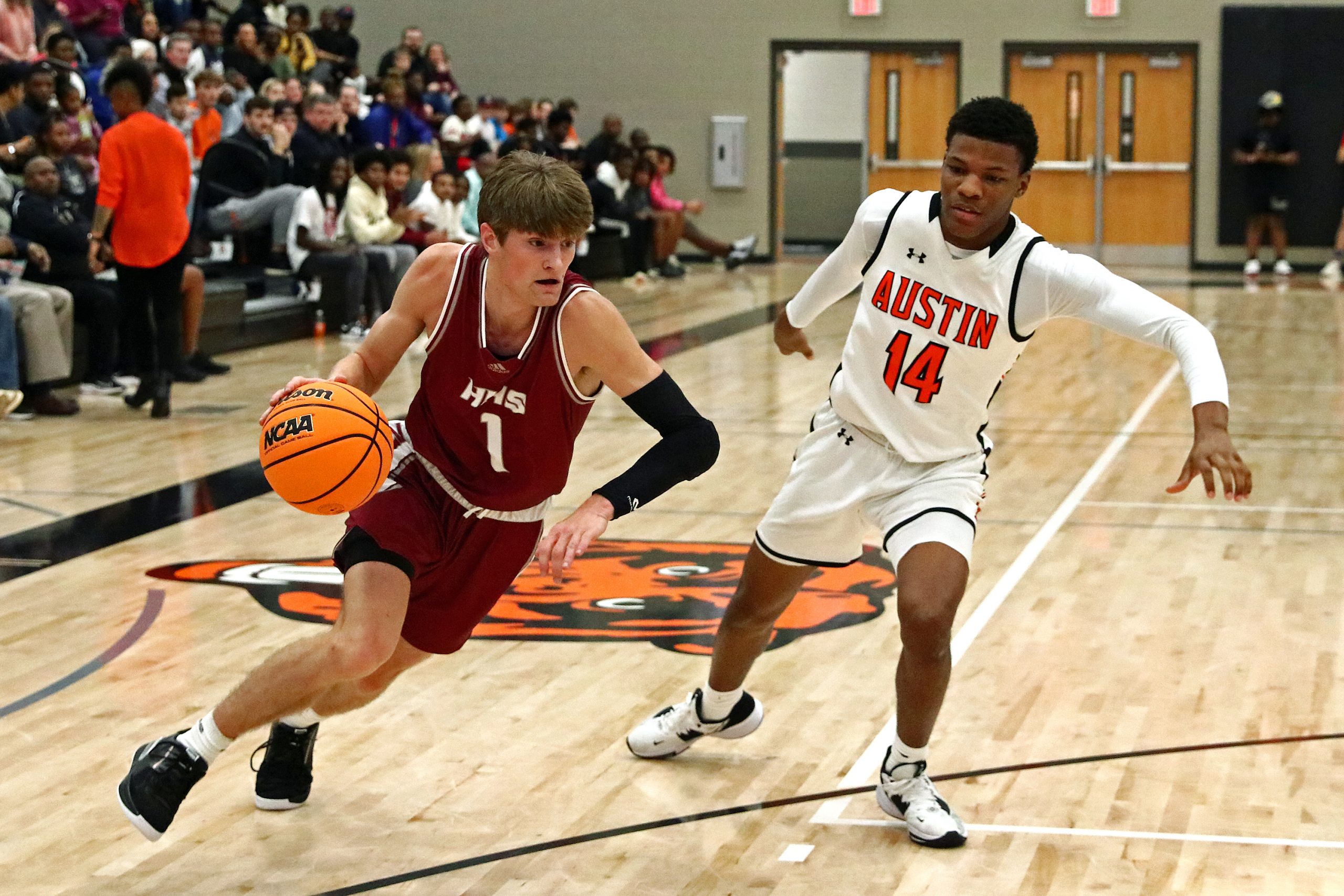 DECATUR – The Hartselle Tigers held off an Austin fourth-quarter rally to pick up a 60-55 win over the host Black Bears on opening night for both teams.

“I liked our kids’ toughness in the victory,” said coach Faron Key. “We were able to do some things tonight that we were unable to do last year when we lost numerous close games.”

“We got off to a bad start but stayed in the game with our effort on the defensive end,” Key said. “We started to heat up in the second quarter from outside the arc and continued into the third. This is an area where we needed to improve from last season, and we did that tonight.”

Harry Malone led Austin (0-1) with 15, while Jordan Johnson and Isaiah Fuller each had 13.