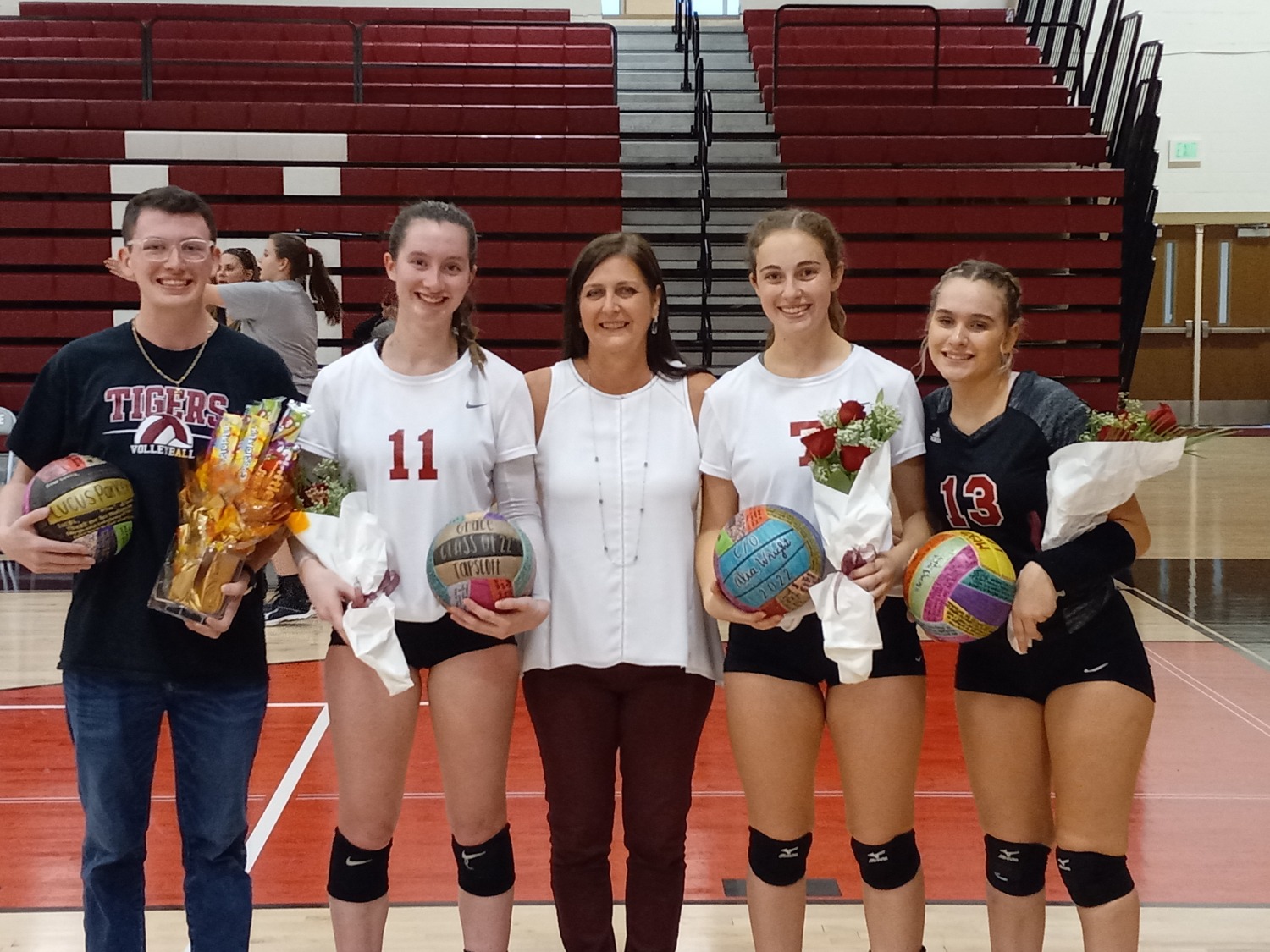 The final set was a classic between the two teams. Athens jumped out in front 4-1 and then Hartselle battled back to take a 9-7 lead. Following an Athens timeout, the Lady Golden Eagles outscored the Lady Tigers 6-4 to tie the game at 13-13. After a Hartselle timeout, the teams traded points with the Lady Tigers grabbing a 19-18 lead that forced another Athens timeout. The Lady Golden Eagles came out of the timeout and scored the set’s final three points to take the 21-19 victory.

The loss was disappointing but it couldn’t damper the celebration of three senior players and one manager.

Tapscott has been a part of the Lady Tigers’ program since she was in the eighth grade. She currently holds the school’s assist mark with more than 3,900. She has committed to continue her career at Alabama A&M, where she will major in psychology.

“I have had the best career I could possibly ask for here at Hartselle,” Tapscott said. “I have had the best coaches and teammates during my time as a Lady Tiger. Everyone was so supportive during my injury and being back is amazing, especially since my doctors originally thought that I wouldn’t play again this season.”

Wright has been a part of the varsity team for two years. She played a valuable role on last year’s state runner-up team. She will be attending the University of Alabama.

“Being a Hartselle Lady Tiger is being a part of one big family,” said Wright. “My career has been a little up and down, but last season’s runner-up finish gave me and my teammates the confidence we needed heading into this season.”

Lee has been a part of the varsity for two years. Primarily a setter early on, she blossomed in the Libero role this season. She plans to continue her career at Snead State.

“My career has been good at Hartselle,” said Lee. “Being a Hartselle Lady Tiger has been one of my greatest accomplishments.”

Coach Tanya Lybarger Childers has spent the last several years coaching these three players and she is going to hate to see them leave.

“Grace has been a part of our program for the last five years. I am so glad that she was able to return from her injury to be a part of this team,” said Lybarger Childers. “Alia has worked hard over the past four years to earn a starting role on this year’s team after playing a big part coming off the bench last season. Megan is such a high-energy player who has really embraced the defensive position. Luke has been my videographer for the last few seasons. He has done a tremendous job filming each of our games.”

The Lady Tigers (24-15) will host the Morgan County Tournament on Thursday. Action will begin at 1:00 pm.