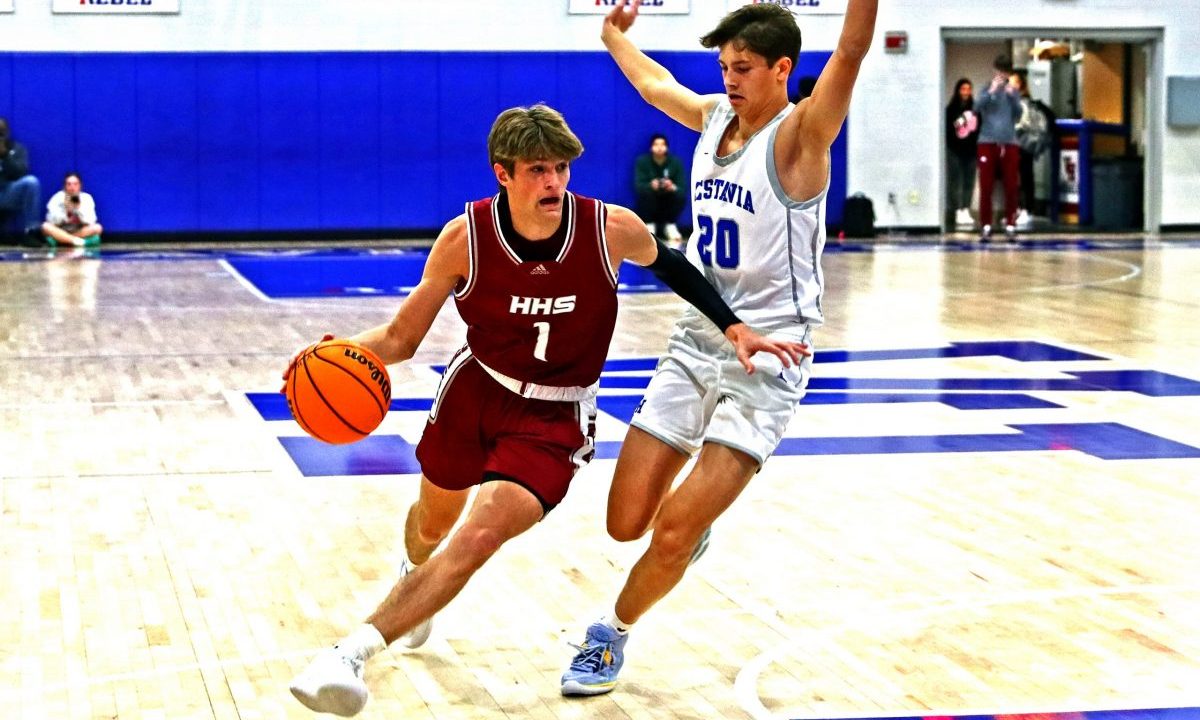 Kiah Key scored a career-high 32 points to lead Hartselle to a 74-58 win at Vestavia Hills. Photo by Jim Meadows

VESTAVIA HILLS – Senior Kiah Key scored a career-high 32 points to lead Hartselle (3-1) to a 74-58 win on the road at Vestavia Hills.

“It feels good to get a career-high, but it feels even better to get the win,” Key said. “Vestavia Hills is a hard place to play and to come out with a victory says a lot about our team.”

Kiah scored 14 points in the first half that ended in a 26-26 tie heading into the break.

“I thought Kiah grew up tonight,” Hartselle head coach Faron Key said. “He really wanted to play well tonight. He had some matchups that he benefitted from in the game.”

Vestavia came out after halftime and jumped to a 37-28 lead. Kiah Key led the Tigers’ charge back, finishing with 13 points in the quarter as Hartselle outscored Vestavia Hills 19-8 after falling behind by nine points. The Tigers led 47-43 heading to the fourth quarter.

Hartselle had six players score in the fourth quarter as they outscored the Rebels 27-15 to secure the 16-point victory.

“We are a different team than last year,” Key said. “After falling behind by nine points in the third quarter, I told them they needed to get off the ropes and fight back.”