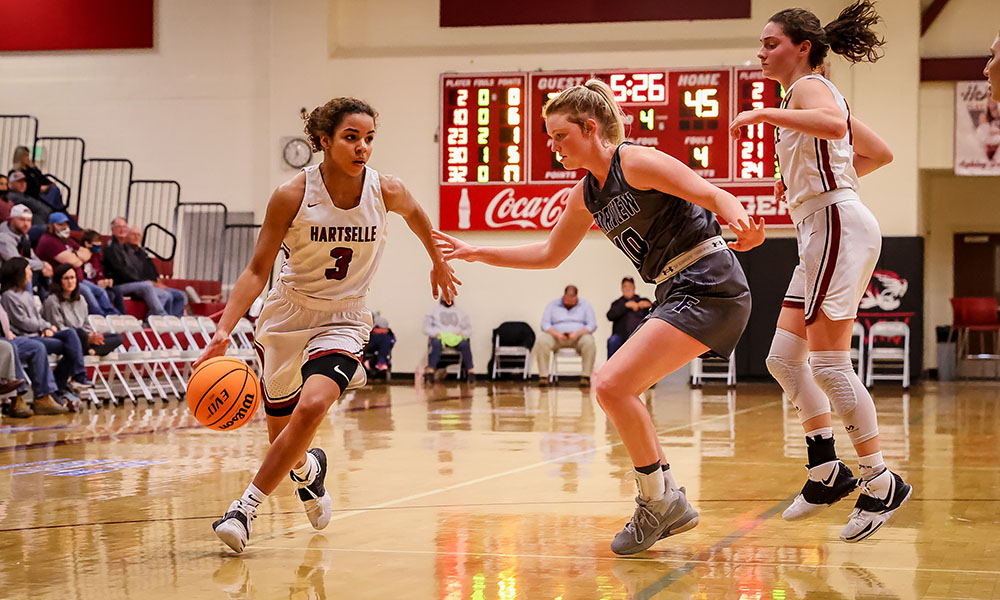 The Hartselle Lady Tigers used a 11-0 to open the fourth quarter and break open a close game to pull away from Fairview and get the 59-40 victory Monday night.

The Lady Aggies opened the second quarter with a 7-2 run to cut the Hartselle lead to 14-12. The Lady Tigers extended the lead to 22-17, heading into halftime.

Fairview hit two three-pointers to open the third quarter to cut the Lady Tigers’ lead to 24-23. Hartselle responded with an 8-0 run to push the lead 32-23. The Lady Aggies closed the quarter on a 7-2 run to make the score 34-30 heading into the fourth.

The 11-0 run to start the fourth quarter gave the Lady Tigers’ a 45-30 lead, the largest of the game. The lead swelled to as much as 20 points before the end of the game.

Hartselle (7-2) was led by Masyn Marchbanks, who finished with 17 points, seven rebounds, sevens steals, and five assists. Lillyanna Cartee recorded another double-double with 13 points and 13 rebounds.

Fairview (6-4) was led by Molly McKelvy, who scored a game-high 19 points.