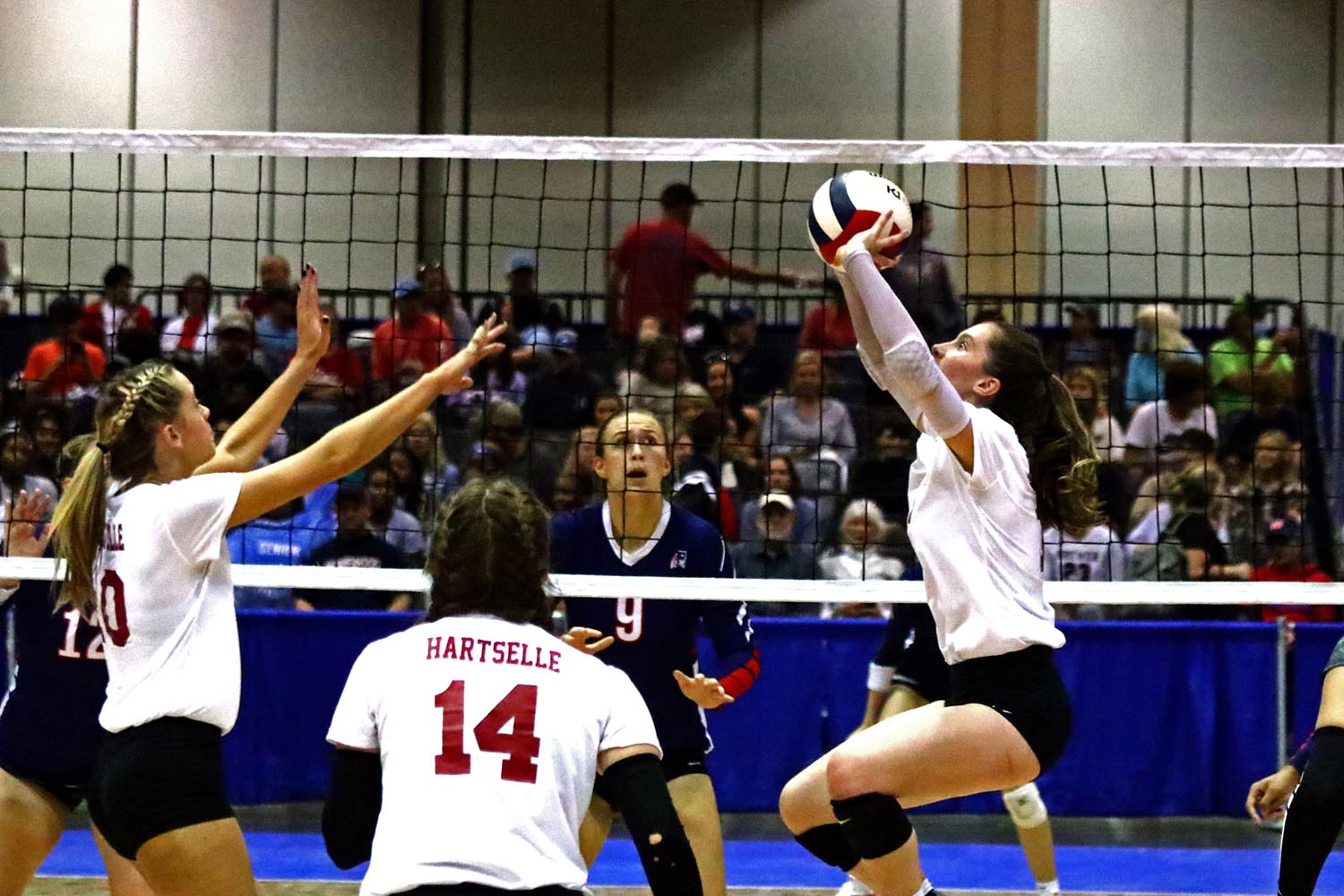 The Hartselle Lady Tigers’ volleyball season came to an end Wednesday with a North Super Regional quarterfinal loss to No. 3 Homewood.

The Lady Tigers, who were the 6A runner-up this past season, won their fourth consecutive area title to advance to the Super Regional.

Grace Tapscott led the Lady Tigers with 50 assists and 12 digs in the final two games of her storied career. She leaves Hartselle with the following career stats: 4,383 assists, 1,050 digs, 340 kills, 239 aces, and 179 blocks. She finishes with the eighth-most career assists in AHSAA history.

Following the loss to Homewood, Hartselle coach Tanya Lybarger Childers announced her retirement after a long storied career as leader of the Lady Tigers volleyball program. She finishes with a 1,101-463 record and a .704 winning percentage. She led Hartselle to the 2012 State Championship and a runner-up finish in 2020.