No. 6 Hartselle survives No. 8 Muscle Shoals in a battle of Top 10 heavyweights 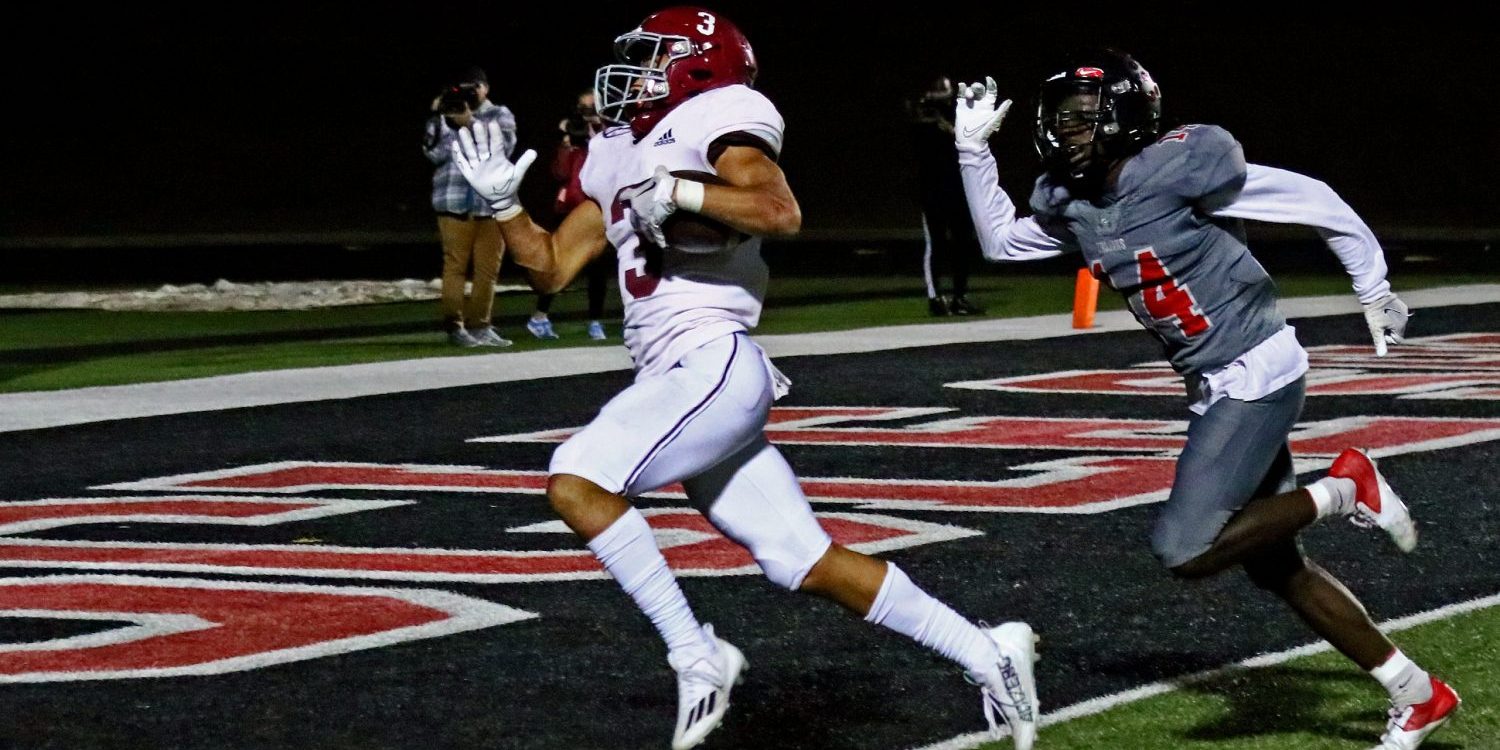 MUSCLE SHOALS – Hartselle’s 19-game regular season winning streak was in peril when Muscle Shoals went ahead 26-22 with 1:46 left in regulation with a four-yard scoring run.

But the Tigers, who started at their 20-yard line, calmly took the field, needing to drive 80 yards if they were going to win the game.

Jack Smith completed two passes to Izayah Fletcher for 26 yards to get the Tigers around midfield. An 11-yard run by Smith put Hartselle in Muscle Shoals’ territory with 49 seconds left.

Following an incomplete pass down the far sideline, the Tigers had 40 seconds on the clock.

Smith turns and hands the ball to Ri Fletcher, who started to the right, broke into the Trojans’ defensive backfield, and outran Muscle Shoals defenders to the end zone to give the Tigers a 29-26 lead with 17 seconds remaining.

“I knew that I had to get in the end zone,” said Ri Fletcher. “When I broke into open territory I was not going to let anyone stop me.”

After a Muscle Shoals kickoff return to the 48-yard line, the Trojans had 11 seconds to try and tie the game. However, two Trojans’ passes advanced the ball to the Tigers’ 36-yard line with three seconds remaining.

As the Hartselle fans stood and cheered their team, Stoddard’s kick fell short in the end zone, and the Tigers’ celebration commenced.

“I am proud of my team’s performance and resilience tonight,” said Hartselle head coach Bryan Moore.” This was a hard-fought game in a playoff atmosphere.”

Muscle Shoals led 16-14 at halftime after being held to one touchdown and three field goals.

Hartselle got touchdowns from Eli Tidwell, a 58-yard reception, and Ri Fletcher, a 58-yard run, to stay close.

The Tigers answered with a 67-yard scoring drive to take a 20-19 lead when Smith scored on a 10-yard run. Smith’s two-point conversion pass to Landon Blackwood gave Hartselle a 22-19 lead.

The Tigers finished with 443 yards of total offense, passing for 196 and rushing for more than 247 yards.

“We started off really slow but finally got rolling in the second half.” said Ri Fletcher.

Smith finished 16-of-23 for 196 yards with a touchdown and an interception while rushing for 40 yards and a touchdown.

The Hartselle defense was put in multiple difficult positions as the Trojans had at least three possessions start inside the Tigers’ territory. But the defense stood firm and held the Trojans to field goals in those possessions.

“The defense played really good in tough situations,” said Moore. “Coach Newton and his staff did a tremendous job, especially in the second half.