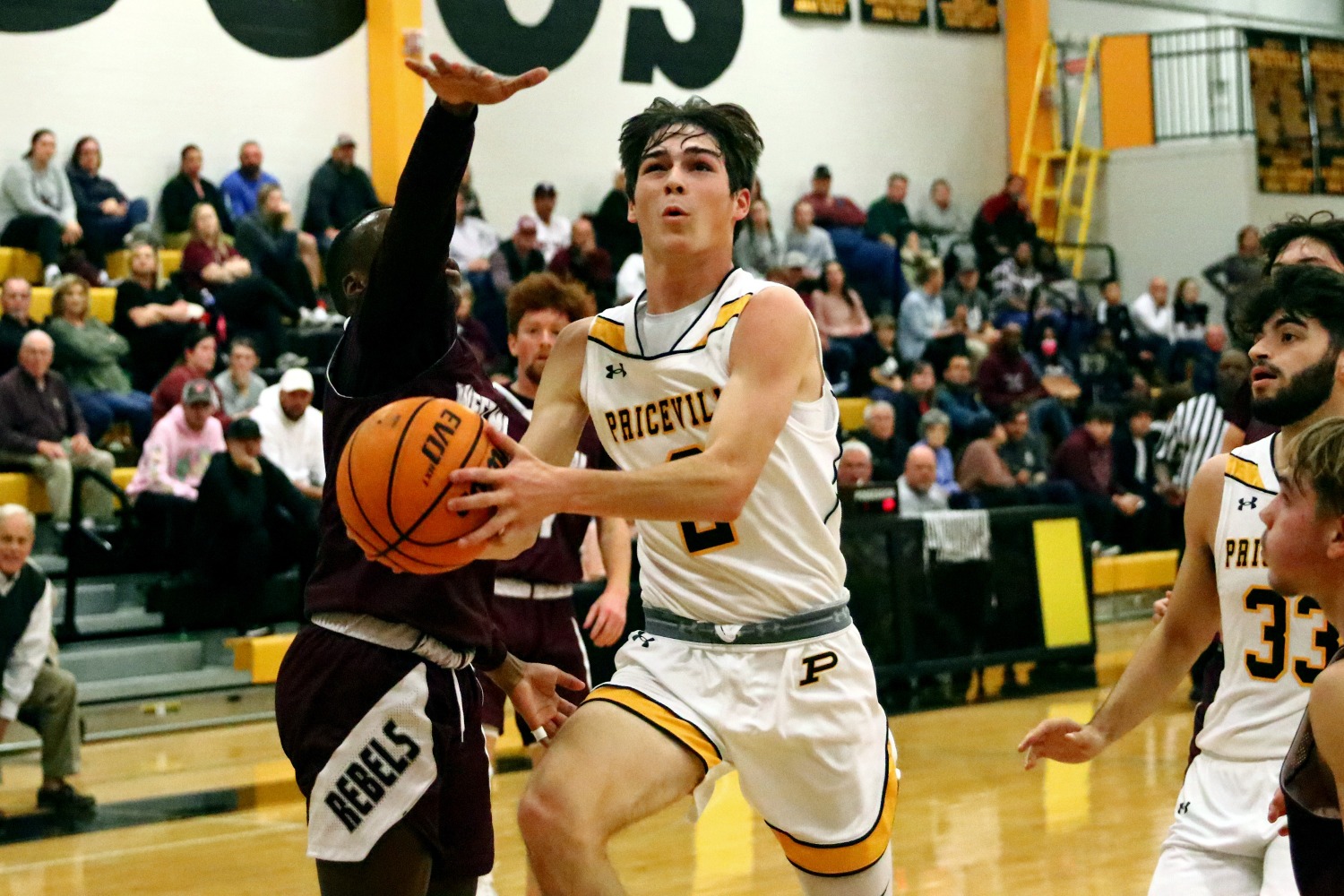 The Priceville Bulldogs, under first-year head coach JR Dilbeck, improved to 5-1 after a 55-51 victory over West Morgan on Tuesday.

The game was the biggest test thus far for the Bulldogs as West Morgan entered the game with an experienced lineup led by Carson Muse and Jalen Fletcher.

The first quarter started with an 8-2 run by West Morgan’s Dyllan Ward, who knocked down two consecutive three-pointers along with a 15-foot jumper. Priceville closed the quarter on an 8-1 run to take a 10-9 lead into the second quarter.

After a 4-4 start to the second quarter, Muse scored seven straight points to help the Rebels go on a 9-0 run to take a 22-14 lead. Priceville outscored West Morgan 8-2 heading into the half. Cole Lindeman scored the Bulldogs’ final five points to cut the Rebels’ lead to 24-22 at the break.

Priceville continued their run to start the third quarter as they took the lead and extended it to 31-24 with a 9-0 run. Chris Thomas scored the first seven points with two layups and a three-pointer and Josh Greenhill finished it with a layup. West Morgan cut the lead to 38-34 late in the third but the Bulldogs answered with their second 9-0 run of the quarter to take
a 47-34 lead into the final quarter.

West Morgan wouldn’t go away quietly as they opened the final quarter with a 7-0 run, getting five points from Fletcher and two from Muse, to cut the lead to 47-41. Priceville’s Thomas answered with four straight points to push the lead back to 10 at 51-41. After trading buckets, the Rebels went on an 8-0 run powered by two three-points from Fletcher to cut the lead to 53-51 with less than 30 seconds left in the game. Lindeman knocked down two free throws to seal the 55-51 victory.