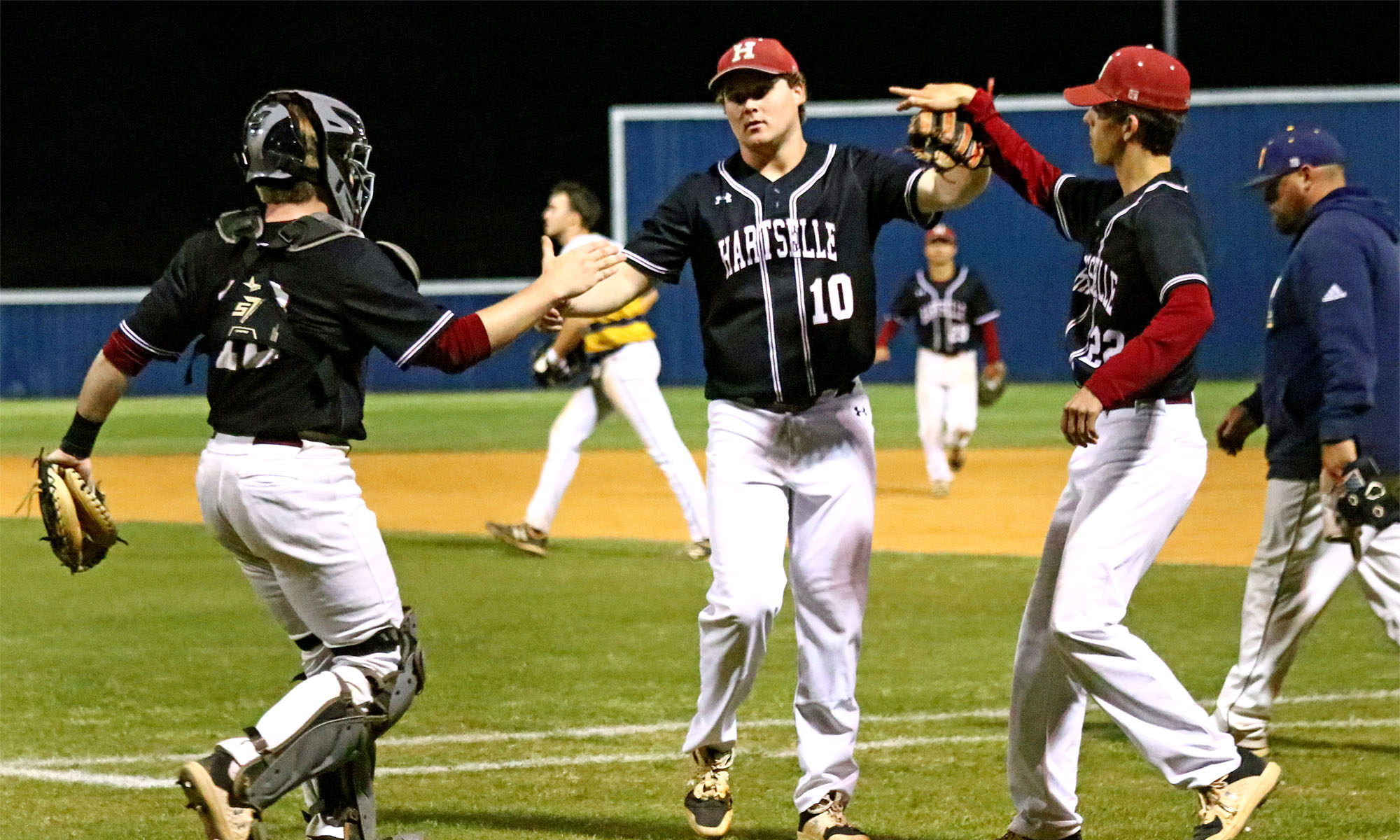 The Hartselle Tigers treated their road trip to Buckhorn Friday afternoon for the first round of the 6A state playoffs as a business trip.

After a slow start, the Tigers dominated the best-of-three series for a 2-0 win to advance to the second round of the playoffs.

The series win was Hartselle’s ninth opening-round win in their last 11 years, all coming on the road.

The Bucks jumped out in front in the bottom of the first when Davis Craig launched a home run to left field.

Hartselle tied the game up in the top of the second when Coleman Mizell hit a sacrifice fly to center field that brought home Peyton Steele.

Buckhorn grabbed the lead in the bottom of the fourth with two singles and two walks that scored two runs for a 3-1 lead.

The Tigers opened the top of the sixth with three consecutive singles, including bunts by Elie Snelson and Drew Cartee, that loaded the bases. Elliott Bray’s ground out to third scored Eli Tidwell from third to cut the lead to one. Brodie Morrow’s sacrifice fly brought home Snelson to tie the game at 3-3. Steele’s double to right brought home Cartee for a 4-3 lead.

Tidwell scored his second run of the game to give Hartselle an insurance run and a 5-3 lead in the top of the seventh.

JT Blackwood, pitching in relief, struck out three straight Buck’s hitters in the bottom of the seventh to close out the game.

Blackwood earned the save as he pitched the final 1.2 innings, allowing only one hit while striking out five.

It was all Tigers in game two as they earned the two-game sweep and a trip to the second round.

Snelson got the Tigers on the board in the bottom of the first as he singled, stole second, and then scored after an error by the Bucks’ third baseman. Hartselle added another run when Steele’s triple drove home Morrow, who had doubled.

The Tigers went up 3-0 in the bottom of the second when Snelson’s sac fly drove plated Mizell, who singled to open the inning.

Hartselle added another run in the bottom of the fourth when Mizell singled and then stole second and third. He scored on a Glavine Segars sac fly.

The Tigers added three more in the bottom of the fifth for a 7-0 lead. Cartee walked to open the inning, and then Bray followed with a single. Following a passed ball, Cartee and Griffin, running for Bray, advanced to third and second. Following a Steele walk and two strikeouts, Mizell’s third single of the game brought home Cartee and Griffin. Steele scored the final run of the inning after the Buckhorn pitcher balked.

Bray earned the win after tossing a complete game, allowing one run on seven hits while striking out nine. The Bucks’ only run came in the top of the seventh inning.

Tiger pitchers combined for 23 strikeouts in the two games.