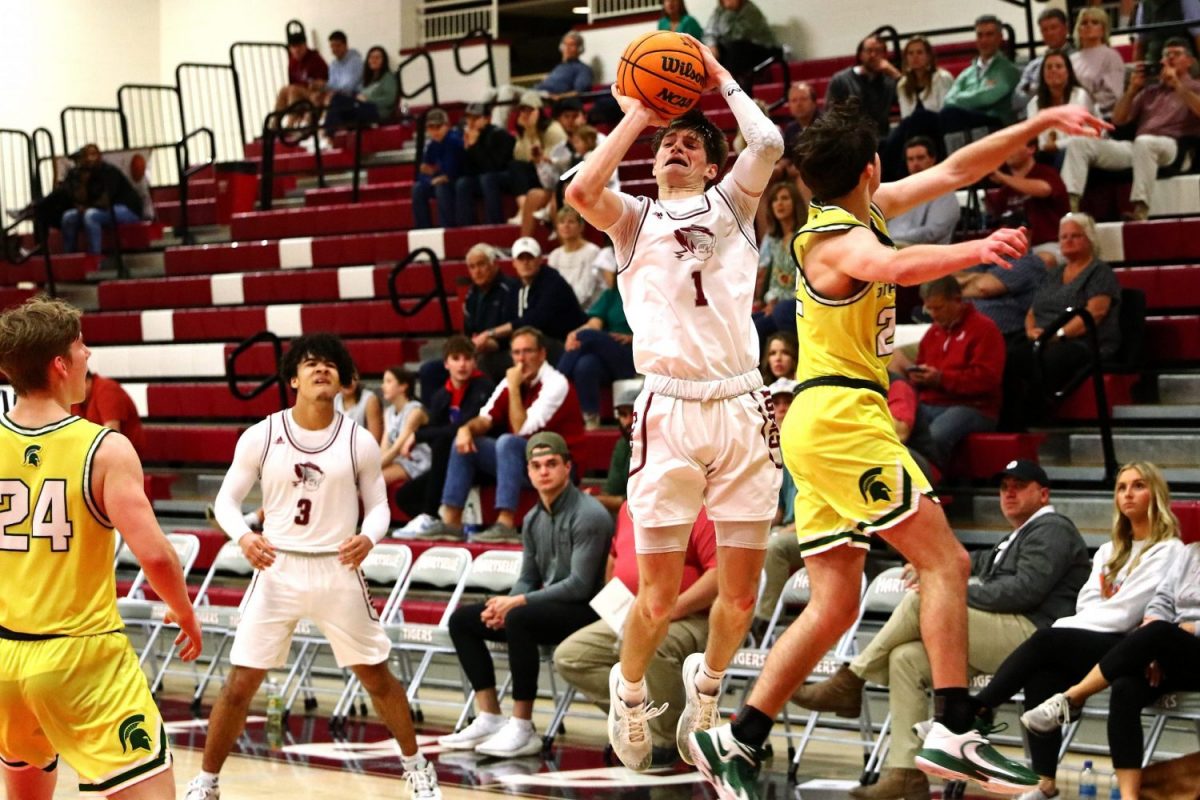 Kiah Key shoots over a Mountain Brook defender in the Tigers’ loss to the Spartans. Photo by Jim Meadows.

Hartselle lead through three and half quarters before falling 62-56 to Mountain Brook this past Friday.

Hartselle’s defense held Mountain Brook to seven points in the third quarter as they extended their lead to 44-40 into the fourth.

The Tigers were held to two points over the first four minutes of the final quarter, while the Spartans scored 11 points to take a 51-46 lead. The closest that Hartselle would get the rest of the way was three points on a couple of different occasions before ultimately falling 62-56.