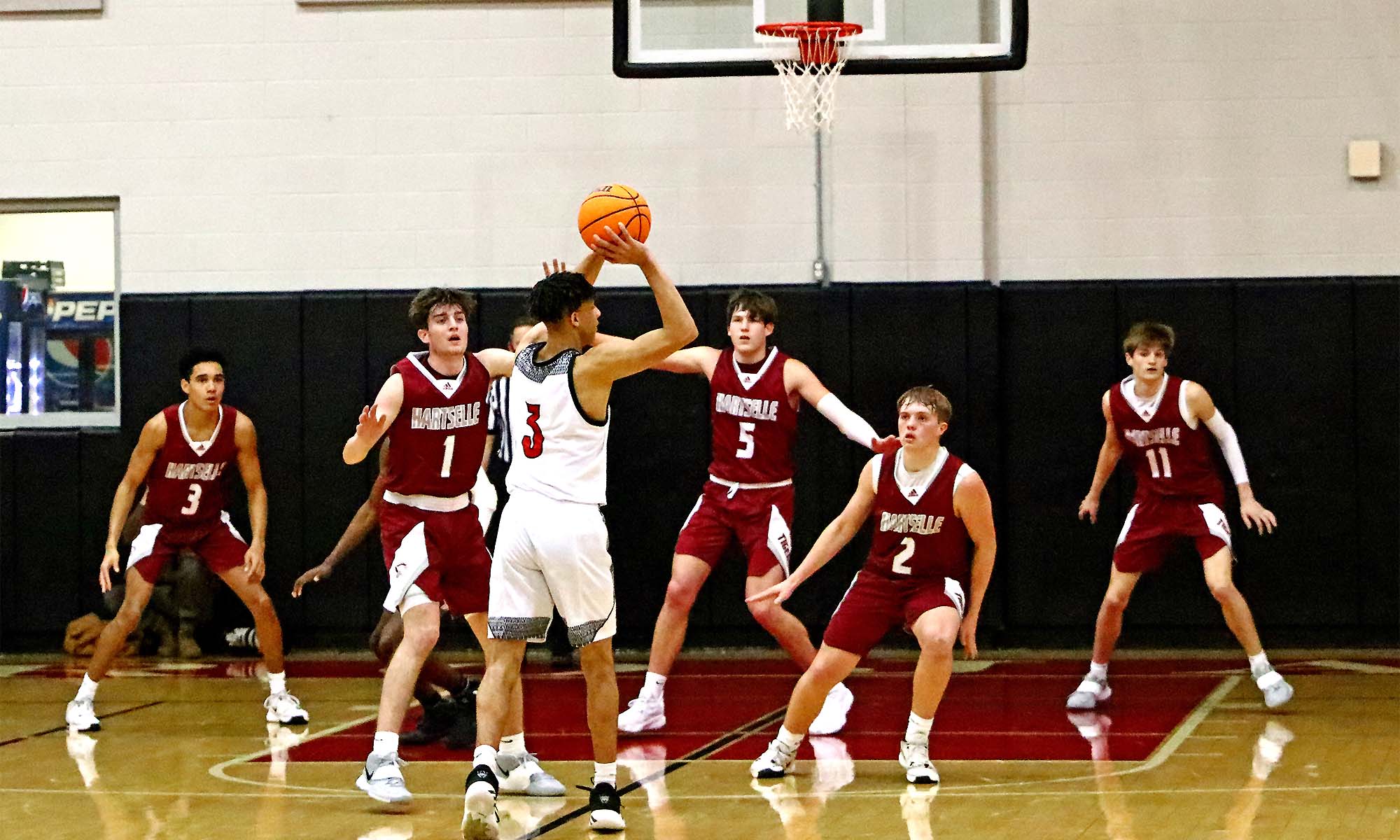 No. 1 ranked Hartselle traveled to Muscle Shoals needing a win to wrap up the regular season area title. The two teams played almost three weeks ago, with the Tigers winning 58-57.

Hartselle’s defense was the star of the game as the Tigers won 61-33. They held Muscle Shoals to 23 points below their season average.

Before this game, the lowest point total that the Tigers have held an opponent to was 36 on the road at Fairview.

“I thought we played to our defensive plan tonight,” said Hartselle coach Faron Key. “We played tougher tonight than we have in a long time.”

After the Trojans jumped out to a 7-6 lead, the Tigers went on a 12-5 run to close out the first quarter. Six players scored for Hartselle in the quarter, with Ryan Dunn leading the way with five points and Brody Peebles adding four. The Tigers led 18-12 to end the first quarter.

The teams traded baskets to start the second quarter, with the Tigers holding a 24-17 lead. Hartselle took control of the game with a 12-2 run powered by five points each from Dunn and Trent Wright.

The Tigers opened the third quarter with a 13-5 run that included eight points from Peebles. Hartselle closed the quarter on an 8-2 run led by six consecutive points from Wright. The Tigers led 57-26, heading to the fourth.

With the Tigers holding a 30-point lead, the fourth quarter was played with a running clock. Hartselle finished the fourth with points from Luke Ward and Coleman Mizell.

“Tonight’s game was not an offensive game,” said Key. “Our guys stepped up and did what they had to do to finish the regular season undefeated in area play.