Tigers lead from the start in 71-51 win at Decatur 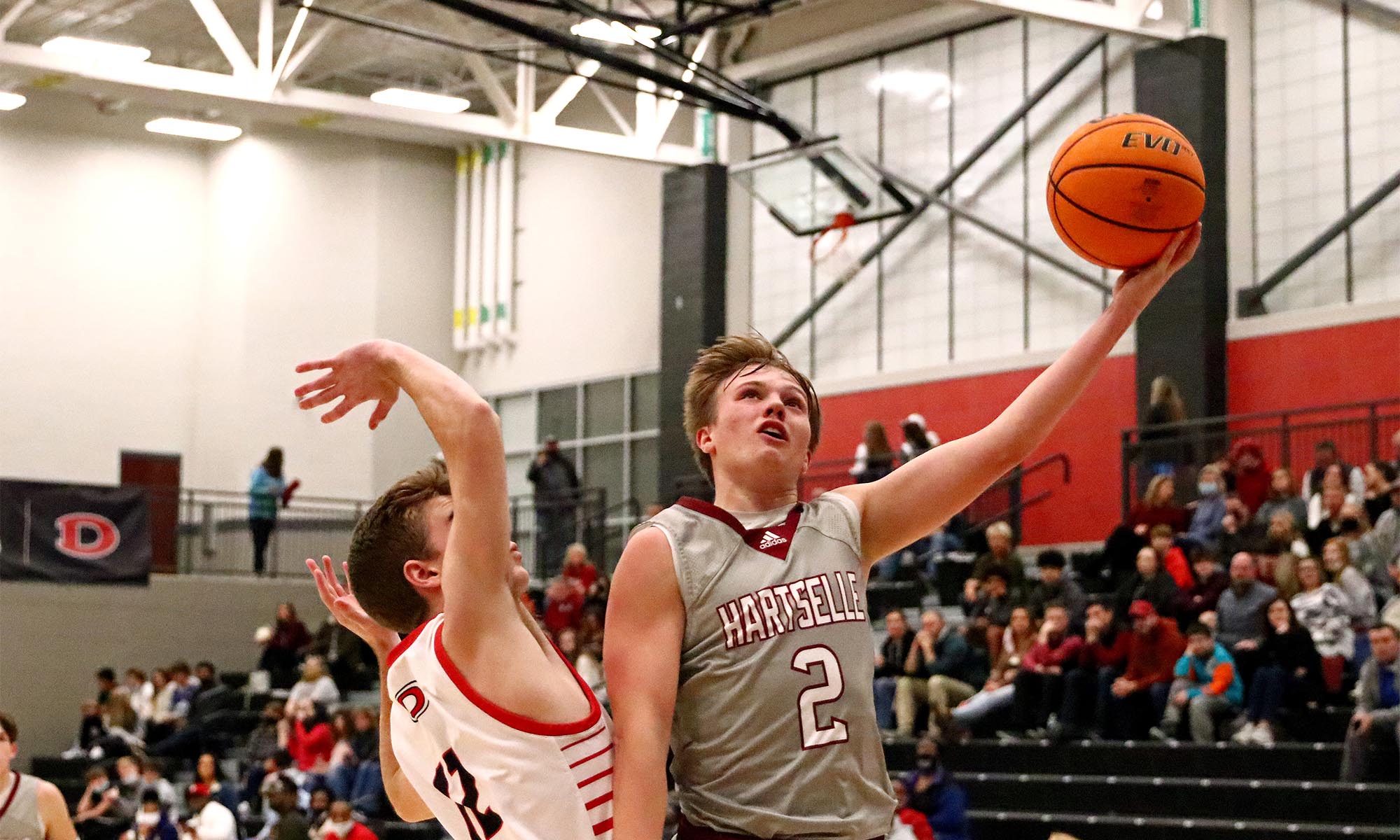 Hartselle traveled to Decatur for their second area match-up with the Red Raiders on Friday night. The Tigers won the previous match-up 82-68 back on January 5th.

Both teams were coming off thrilling wins as Hartselle defeated Muscle Shoals 58-57 and Decatur got past Cullman 56-54 on Tuesday night.

The Red Raiders were looking for revenge following the earlier loss to Hartselle had the crowd on their side leading up to the first throw-in of the game.

It was all Hartselle after the first whistle as they quickly raced out to a 9-1 lead to start the game. Trent Wright got the Tigers on the board first with a layup. Luke Ward’s steal led to a Kiah Key jumper that gave Hartselle a 4-0 lead less than a minute into the game. Brody Peebles scored the next five to give the Tigers the 9-1 lead. Hartselle got three-pointers from Ryan Dunn, Key, and Peebles to push the lead to 18-5 with less than a minute to go in the first. Peebles gave the Hartselle their biggest lead of the quarter, 21-5,  with a layup and free throw. A Decatur basket made the score 21-7 at the end of the first.

The Red Raiders opened the second quarter with a 4-0 run to cut the lead to 21-11. The Tigers answered with a 7-0 run to push the lead to 28-11. The teams traded baskets the rest of the half with Hartselle taking a 42-23 lead into the quarter’s final five seconds. Decatur’s Kobe Johnson hit a 40-foot buzzer-beater to make the halftime score 42-26.

The third quarter was about the Hartselle defense as they held the Red Raiders to nine points. The defense forced 10 Decatur turnovers that led to 12 points for the Tigers. Hartselle closed out the quarter on a 14-3 run to extend their lead to 58-35 going into the fourth quarter.

The Tigers and Red Raiders traded baskets for much of the fourth quarter before consecutive baskets by Hartselle with a little more than two minutes left gave them their largest lead of the game at 71-46. Decatur scored the final five points of the game to make the final score 71-51.

“Our guys this week really came together following our game with Muscle Shoals on Tuesday night,” said coach Faron Key. “Our focus and understanding of Decatur along with our effort in the game led to the win tonight.”

Hartselle moves to 17-2 overall and 4-0 in area play. They have won six straight and nine of their last 10.

The Tigers finished with 24 points off turnovers and hit nine three-pointers. They finished 14 of 19 at the free-throw line.