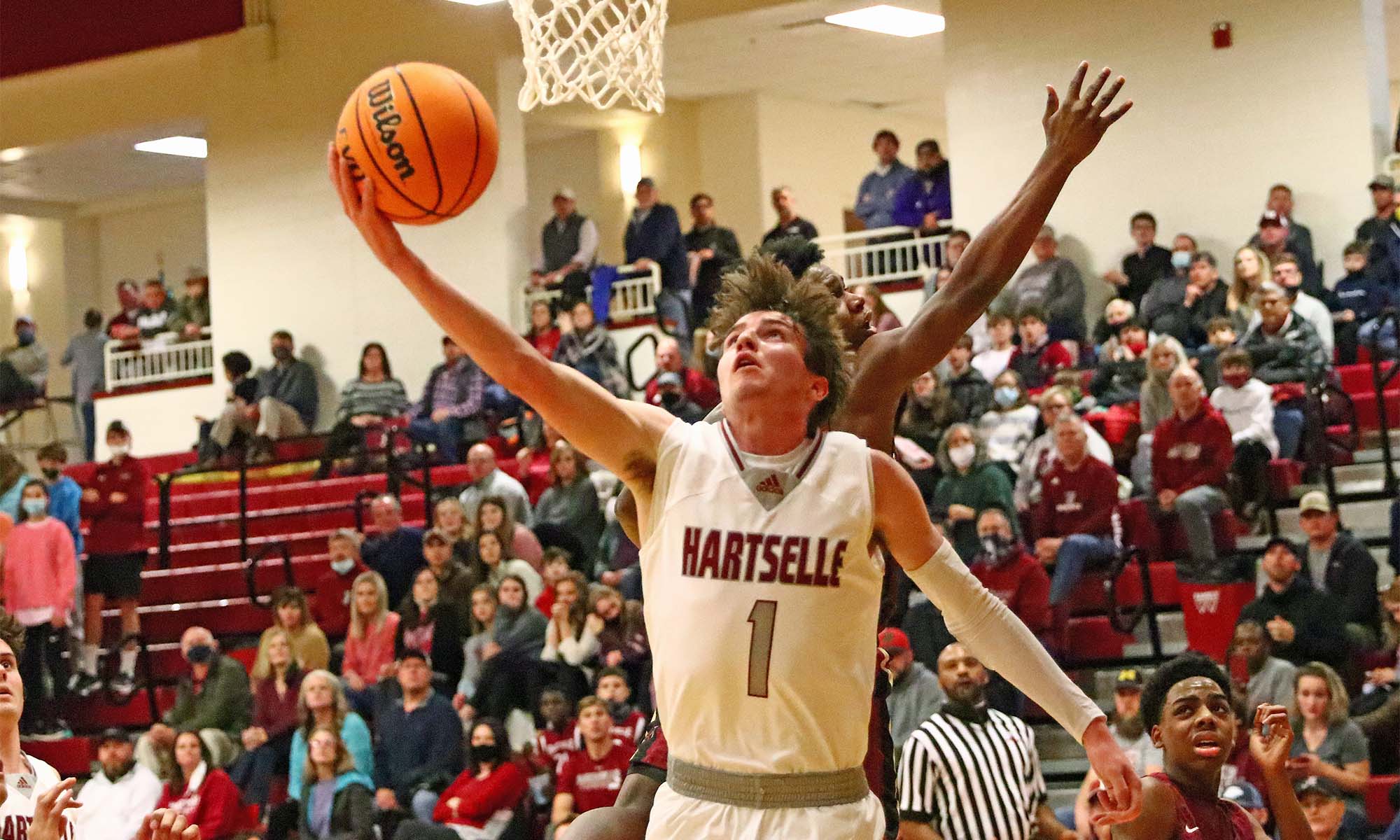 In a matchup worthy of Final Four billing, 6A No. 7 Pinson Valley ended No. 1 ranked Hartselle’s season with a three-point victory in the Northwest Sub-Regional game Wednesday night.

The Indians took an early lead with an 8-0 to start the game. Elijah Kellick ended the Pinson Valley run with a putback off an offensive rebound to get the Tigers on the board. Kellick’s points started a 19-5 run for Hartselle. Brody Peebles score 15 of the Tigers’ final seventeen points as they took a 19-13 lead into the second quarter. Trent Wright scored two points in the run. Peebles hit three three-pointers for nine of his points.

Ryan Dunn started the second quarter with a three-pointer to extend the Hartselle lead to 22-13. Wright scored two points on a layup and then hit a free throw after being fouled. The score extended Hartselle’s lead to 25-15. Pinson Valley scored five in a row to cut the Tigers’ lead to 25-20. Peebles hit a layup to push the lead to seven at 27-20. The Indians hit four three-points over the final four minutes of the first half in outsourcing Hartselle 16-5. Peebles scored hit two free throws following a technical foul on Pinson Valley. Kiah Key scored hit a three-pointer for the final points of the quarter for the Tigers. The Indians went into the halftime break leading 36-32.

“We didn’t finish the first half well,” said Hartselle coach Faron Key. “Pinson Valley dominated the final four minutes of the first half to grab a four point lead after being down seven midway through the quarter.”

The teams traded baskets to start the third quarter with Pinson Valley extending their lead to five at 41-36. Hartselle tied the game with a 5-0 run getting points from Kellick, Key and Peebles. The Indians answered with a 7-0 run to extend their lead to 48-41. Peebles hit two free throws to get the Tigers back to within five at 48-43 heading to the fourth quarter.

Pinson Valley extended their lead to 52-45 less than a minute into the fourth quarter. The Tigers went on a 9-2 run to tie the game at 54-54 over the next three and a half minutes. Peebles had seven points and Wright had two to get Hartselle back in the game. The Indians responded with a 6-0 run to push the lead out to 60-54 with 2:08 left. Peebles scored five in a row for the Tigers to cut the lead to 60-59. After Pinson Valley hit one of two free throws, Hartselle quickly got the ball down the court and called their final timeout with 14.6 seconds left. On the inbounds play, the ball came to Key who got off a shot that rimmed out. The Indians pulled down the rebound and was quickly fouled with :07 left. They converted one of two free throws to push the lead to 62-59. Hartselle got the ball down the court and into the hands of Luke Ward who had a wide-open three-pointer from the corner that went down and spun back out as time expired.

“We played uphill the entire second half and never could make it over the top,” said coach Key.

“The game came down to the little things and who can get a bucket at the end,” said Wright. “And they just did better at the things that were needed to win.”

“This loss is tough for us all,” said Peebles. “We had the scout, played hard, and things just didn’t fall the way we wanted. It’s hard to swallow but I know God is working. I am so thankful for my teammates, coaches, classmates, and everyone during this season.”

“I’ve worked my whole life to play in games like those, but tonight just wasn’t our night,” said Kellick.

“We are going to keep putting ourselves in a position to be in this type of game moving forward,” said coach Key. “This was a big season for our school and we plan to be back.”