Tigers take care of business in win over Priceville 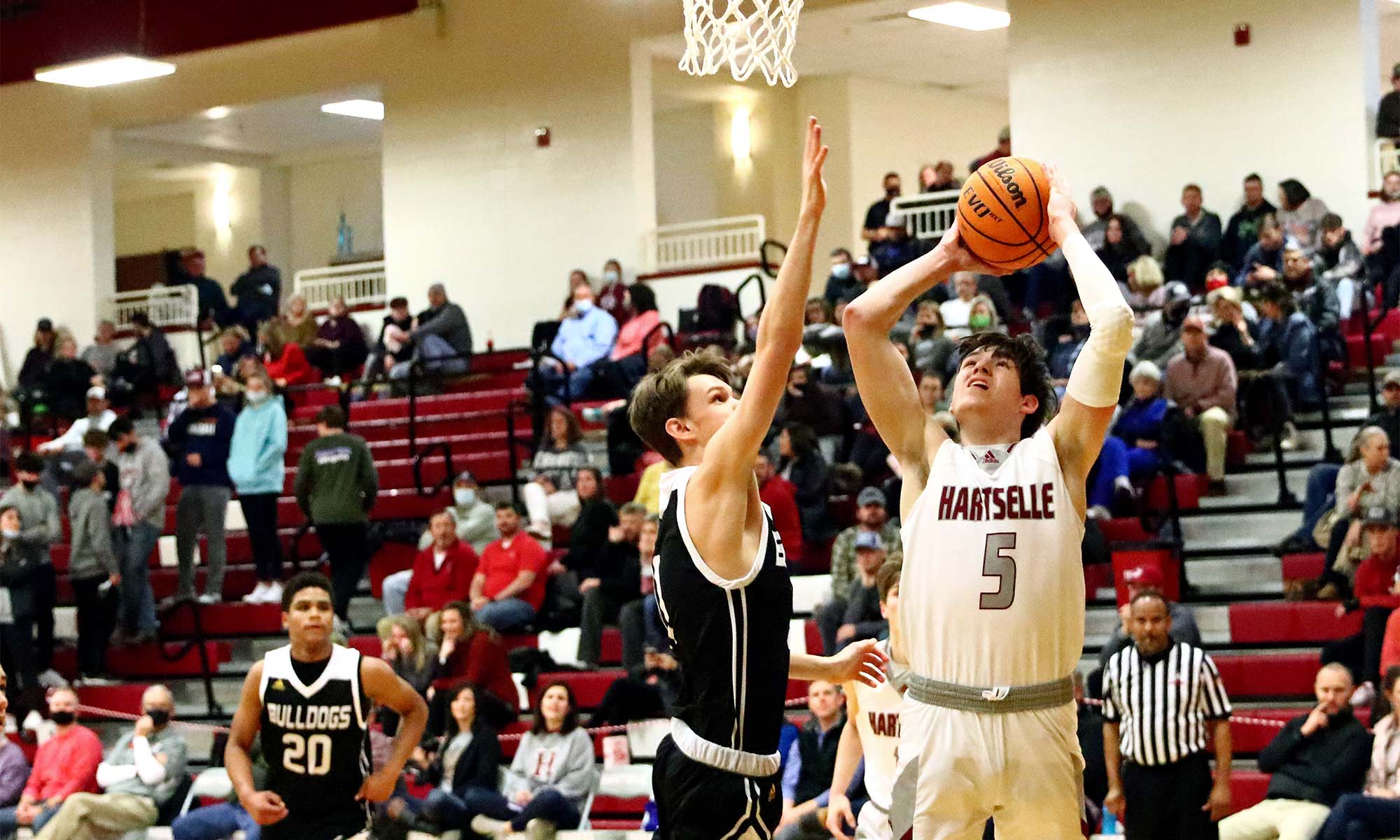 Hartselle improved to 23-2 following their 74-46 win over Priceville on Senior Night.

The Tigers opened the first quarter on a 6-0 run, with four points coming from Trent Wright and two from Brody Peebles. Priceville cut the lead to 6-5 with a Cole Lindeman three-pointer and a Dylan Fry baseline jumper. Hartselle got four points from Wright and three from Luke Ward over the next couple of minutes, while Lindeman hit another three-pointer and Chris Thomas hit a layup to make the score 13-10. The Tigers closed out the quarter on a 9-0 run started by a Ward three-pointer and finished by six straight points by Peebles to make the score 22-10 at the end of the first.

Peebles and Wright each hit layups to open the second quarter to extend the lead to 26-10. Following an Elijah Hopkins three-pointer, the Tigers went on a 7-2 run to extend the lead to 33-15 as Peebles had five points, and Elijah Kellick added two points. Priceville answered back with an 8-0 run as Fry hit two three-pointers, and Thomas added two points to make the score 33-23. Hartselle closed the first half on a 10-3 run, getting points from Peebles, Ward, Kellick, Wright, and Ryan Dunn to make the score 43-26 at the half.

Peebles dominated the third quarter for the Tigers as he scored 12 of their 19 points. He scored eight in a Hartselle 13-5 run that pushed the lead out to 56-31. The Tigers closed out the third quarter outscoring the Bulldogs 6-5 as Peebles added four points and Dom Simmons added two to give Hartselle a 62-36 lead going to the fourth.

The Hartselle bench saw plenty of playing time in the final eight minutes as the game was well in hand for the Tigers. Thomas Itsede scored six points to lead Hartselle in the fourth. Also scoring for the Tigers was Tevin Shields, Cade Miles, and Kohl Key. Thomas had seven points for Priceville in the quarter.