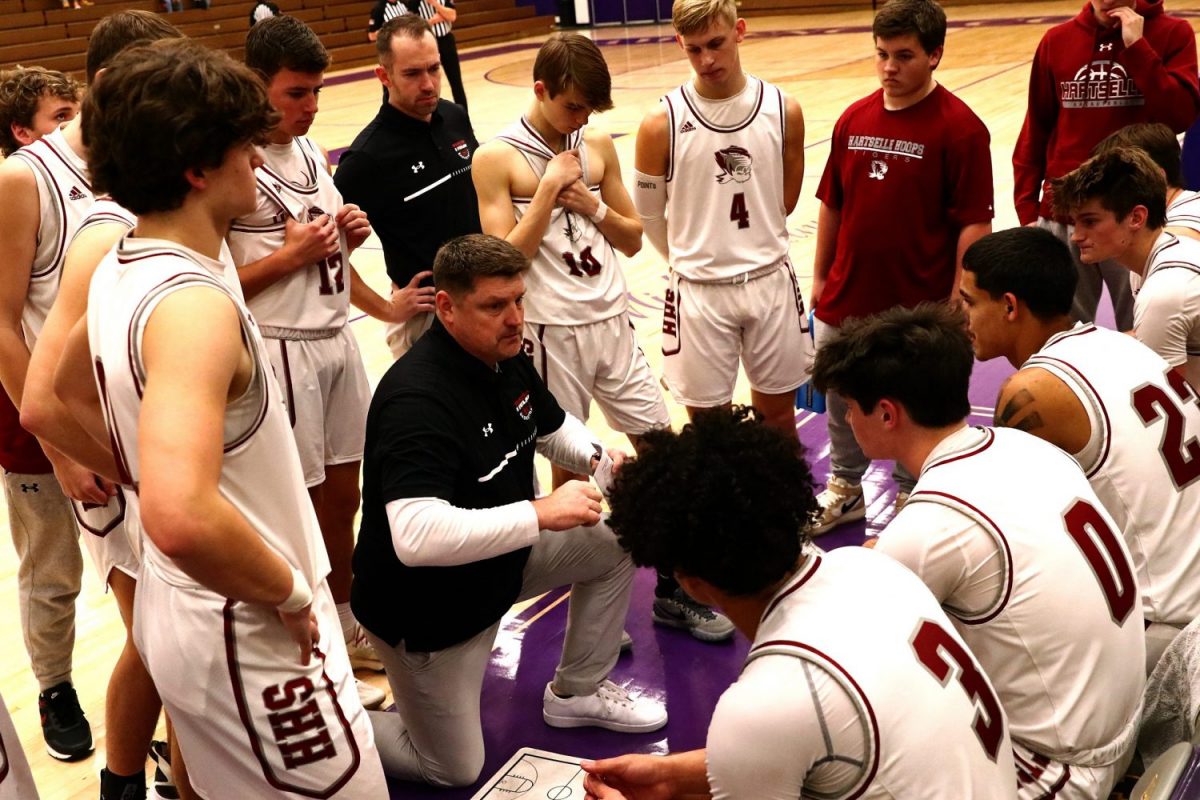 Coach Faron Key talks to his team during a timeout in Hartselle’s 48-40 win over University School of Jackson. Photo by Jim Meadows

“We played great defensively all week,” Hartselle coach Faron Key said. “We competed hard and grew as a team through some adversity the last couple of weeks. I really like our trajectory right now as we head into the Metro Tournament at Homewood.”

The Tigers capped off the Lawrence County (Tenn.) Christmas Tournament with an 80-46 win over Lincoln Co. (Tenn.) Hartselle led 30-10 after the first quarter and 50-23 at halftime.

Hartselle led for much of their game with Columbia Central (Tenn.) before falling in the final minute to the Lions by a score of 48-44. The Tigers led 26-18 at halftime after holding Columbia Central to only seven points in the second quarter.

The Tigers opened the Lawrence County (Tenn.) Christmas Tournament with a 48-40 win over the University School of Jackson (Tenn.) Hartselle led 24-20 at halftime.

Brady Smith finished with 15 and Houston Brasfield added 14 for USJ.