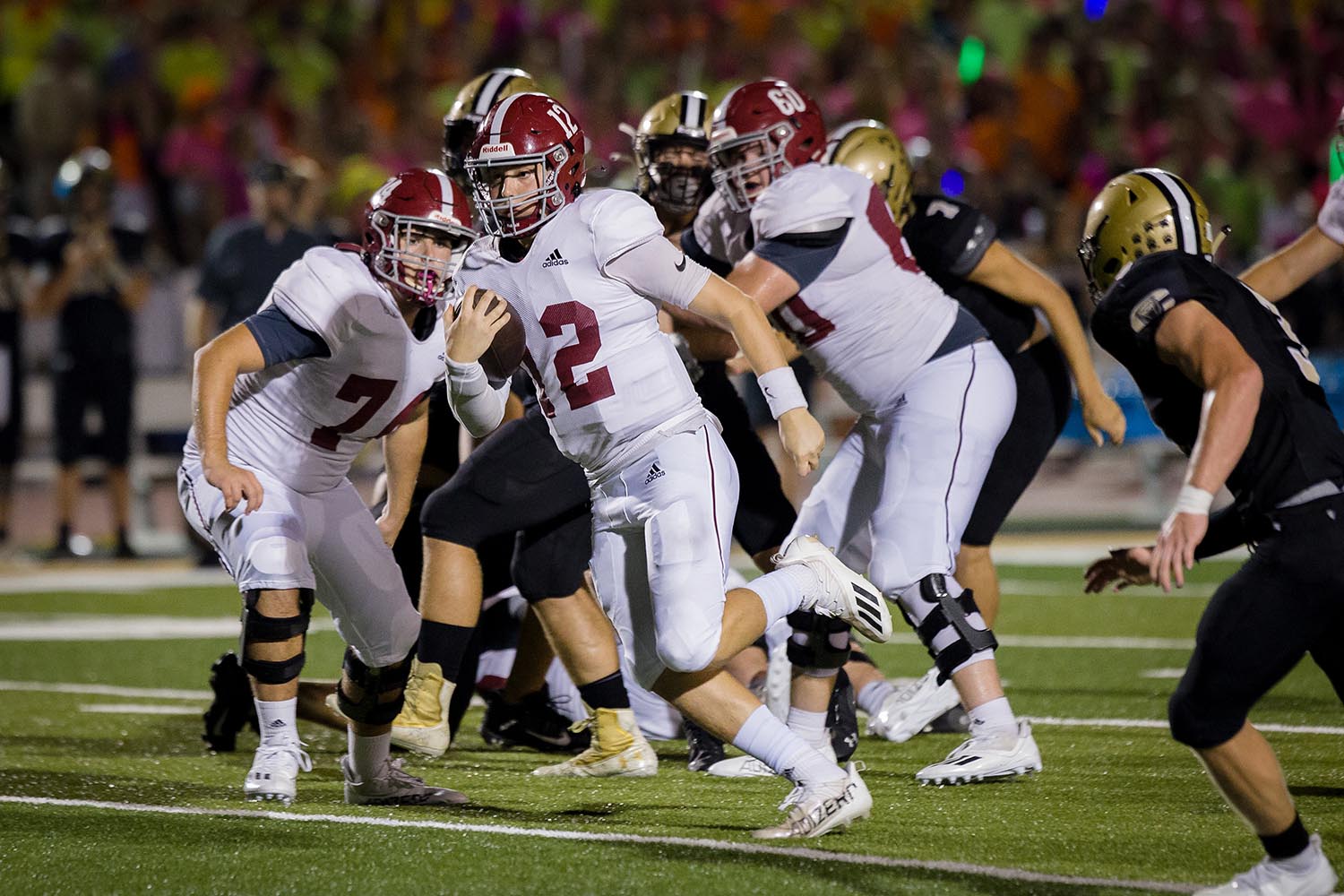 JT Blackwood came back to Cullman for the first time since transferring to Hartselle in 2020 He led his Tigers to a 35-14 region victory and a 3-0 start this season.

“I am really proud of what we did tonight to get the win,” said JT Blackwood. “I couldn’t ask for anything better tonight.”

Blackwood led Hartselle on three scoring drives in the first half to help the Tigers take a 21-14 lead into halftime.

“This game was important to Blackwood,” said coach Bryan Moore. “He didn’t let the moment get too big. Instead, he led the Tigers to a big region win in his return to where he grew up.”

The Tigers marched downfield on the opening drive of 10 plays for 67 yards before fumbling the ball at the 3-yard line and through the endzone for a touchback.

Cullman converted the turnover into a 12-play, 80-yard scoring drive to take a 7-0 lead with 2:40 left in the first quarter. Noah Key capped off the drive with a 9-yard run for the Bearcats.

Blackwood and the Tigers quickly tied the game up at 7-7 with a 12 play, 67-yard scoring drive that took 2:49 off the clock. Blackwood was 5-of-7 passing for 57 yards, including a 12-yard touchdown pass to a diving Izayah Fletcher.

The Bearcats took the lead back with an 11 play, 72-yard scoring drive with 7:05 left in the first half. Cullman quarterback Ryan Skinner called his own number for a 1-yard touchdown run to give the Bearcats a 14-7 lead.

Hartselle answered the Cullman scoring drive with an 11 play, 73-yard scoring drive to make the score 14-14 with 3:25 left in the half. Armadheo Dunigan scored on an eight-yard run to cap off the drive. The Bearcats helped the Tigers with two costly penalties that put Hartselle inside the 10-yard line.

The Tigers’ defense stepped up late in the first half and forced the Bearcats to punt with 1:25 left in the half. Hartselle quickly marched down the field on the arm of Blackwood and the receiving of I. Fletcher. Blackwood connected with Fletcher on a 16-yard pass and then the two connected on a 48-yard touchdown pass as Fletcher got behind a Cullman defensive back for the score. Hartselle went into halftime, leading 21-14.

Cullman dominated the third quarter and start of the fourth as they had possession of the ball for 13::20 but failed to score any points as the Hartselle defense came up with two huge stops.

The Tigers’ offense dominated the final seven minutes as they took to the ground and picked up 127 yards rushing on two scoring drives to grab the 35-14 win.

“I challenged our offensive line at halftime after our play in the first half,” said Moore. “They responded in the fourth quarter and opened up huge holes for our running backs.”

Dunigan gave Hartselle a 28-14 lead when he recovered a Blackwood fumble in the endzone with 3:47 left in the game. Two minutes and 24 seconds later, Donald Bishop, Jr scored on an 11-yard run to cap off the scoring for the Tigers.

“This a huge win for our program, especially with Cullman winning the previous two games,” said Moore. “We now turn our focus to a good Decatur team, despite their 0-3 record.”