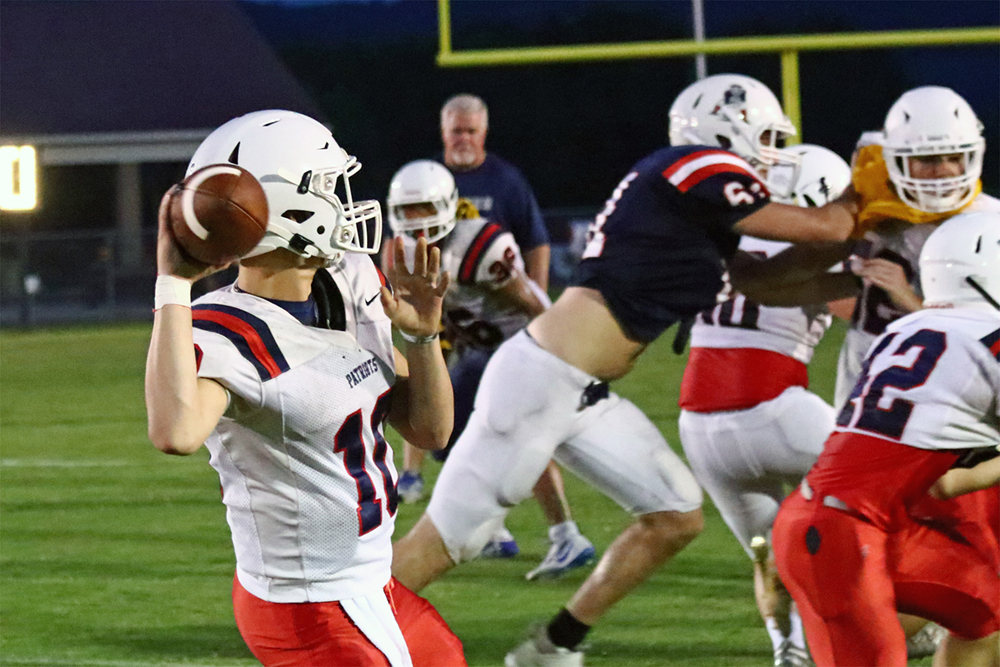 The Brewer Patriots fell to 0-5 and 0-3 in region play with a 49-7 loss to East Limestone this past Friday.

In the fourth quarter, the Patriots’ touchdown came when quarterback Caden Childers broke loose for a 67-yard run to the endzone with a little more than a minute left in the game.

The touchdown was set up by the Brewer defense, which recovered an Indian fumble. The recovery was the second of the game for the Patriot defense.

East Limestone broke open the game with three fumble recoveries that led to points for the Indians in their 35-point second quarter. The Indians led 49-0 at halftime.

Childers finished the game with 70 yards rushing and a touchdown on seven carries.