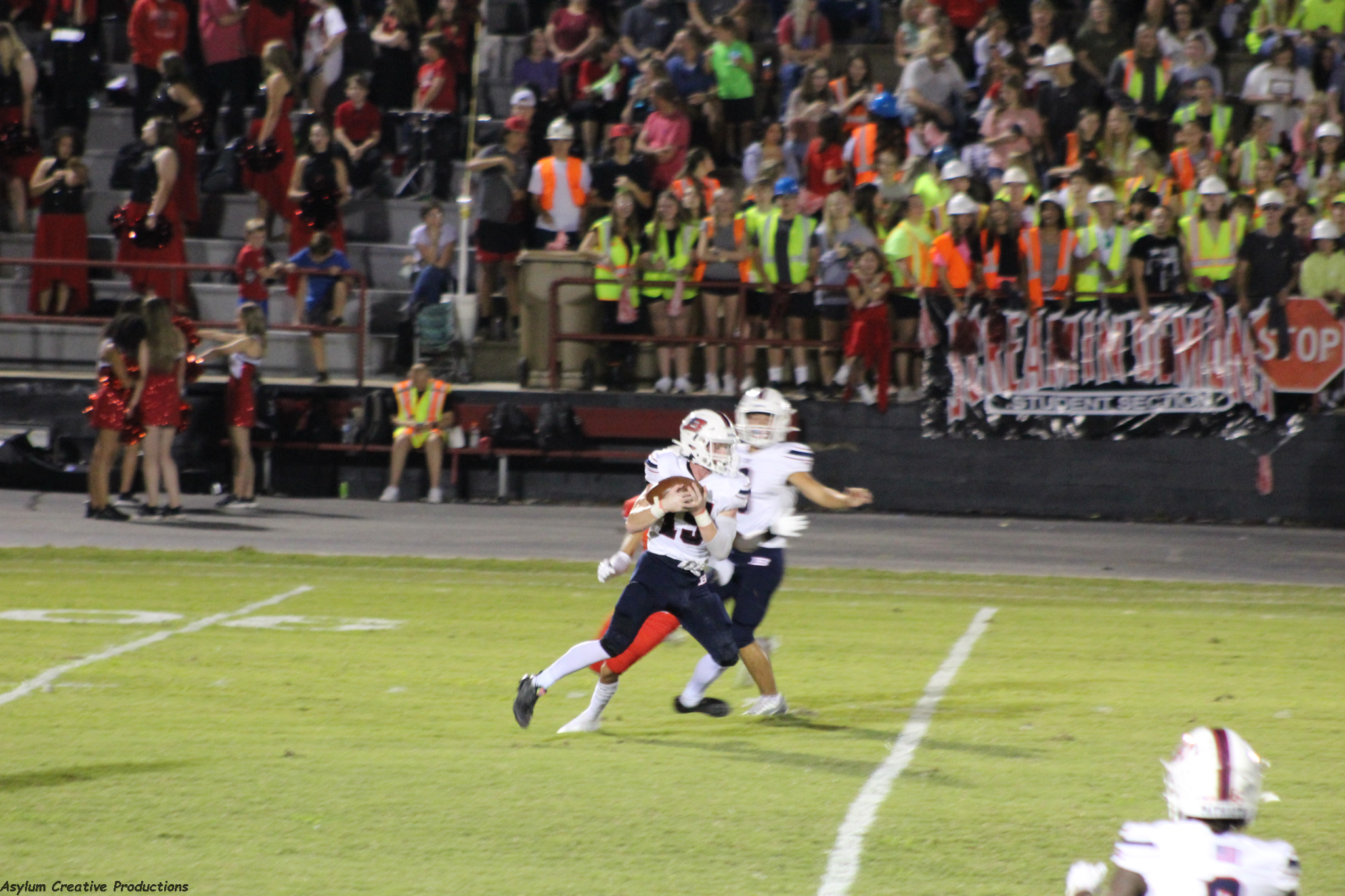 MOULTON – Brewer hit the road this past Friday for a 5A Region 8 matchup with Lawrence County. The Patriots defeated the Red Devils 21-7 to earn their second consecutive road win.

The last time they won two straight away from home was in 2018, when they won four straight on the road.

Caden Childers finished 13-of-23 passing with 199 yards, three touchdowns and an interception to lead the Brewer offense. He threw three touchdowns in the second quarter to give Brewer a 21-7 halftime lead.

Childers connected with Will Clemons for touchdown passes of 21-yards and 35-yards, the last coming on the first half’s final play. His third touchdown was a 16-yard strike to Garrett Clemons.

The Brewer defense dominated the second half, keeping the Red Devils out of the end zone. In addition, they forced five Lawrence County turnovers, a season-high for the Patriot defense.

Connor Kirby led the defense with seven tackles, while Beau Yancey had two tackles for loss. Walker Latham and Austyn Holmes each had an interception.

Will Clemons finished with four receptions for 85 yards and two touchdowns, while Garrett Clemons had six for 77 yards and a touchdown. Latham had three catches for 37 yards.