Falkville bounces back with win over undefeated Hatton 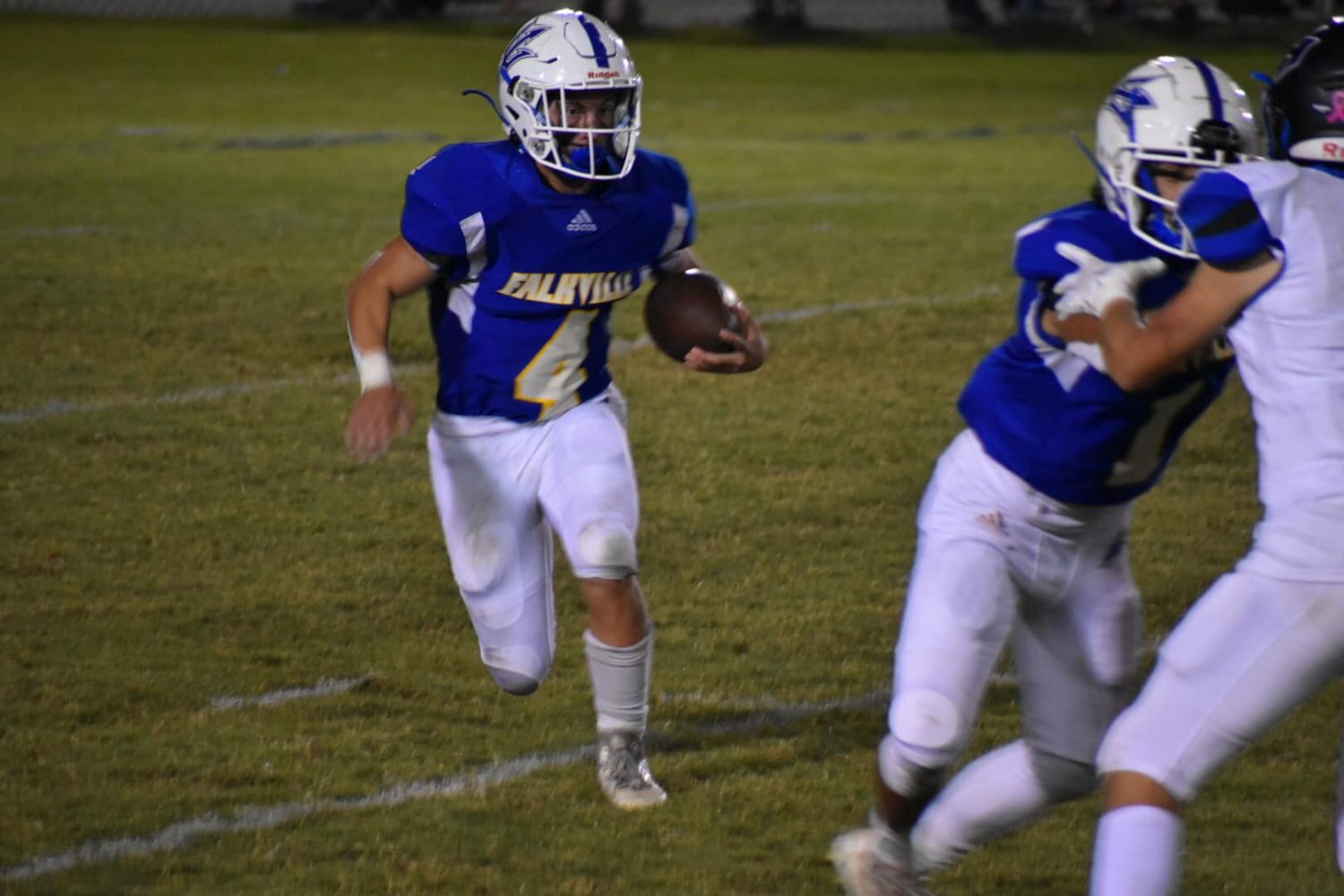 Lawson Tew runs the ball in the Blue Devils’ 21-6 win over Hatton. Photo by April Shaneyfelt

FALKVILLE – Falkville bounced back from the disappointing loss at Tanner last week with a 21-6 win over undefeated Hatton this past Friday.

The Blue Devils came out firing on all cylinders after last week’s slow start that cost them the game.

“We started fast, which is something we haven’t been able to do so far,” said Falkville coach Seth Ward. “Hatton made some adjustments in the second half that made things tough for us, but thankfully we were up.”

The Falkville defense opened the scoring when Isaiah Warnick intercepted a Hatton pass and returned it 30 yards for a touchdown and a 7-0 lead on the game’s opening possession.

The Blue Devils extended their lead to 21-0 at halftime with touchdown runs by Lawson Tew, one yard, and Caden Burnett, 49 yards.

The Hornets got on the board late in the fourth quarter with a seven-yard touchdown run to make the final score 21-6.

Falkville finished with 303 yards of total offense. They ran 82 plays, while Hatton only ran 52. The Blue Devils rushed for 240 yards.

Burnett only passed for 63 yards with 13 completions. Landon Pawers had seven receptions for 41 yards.

The Blue Devils’ defense held Hatton to 138 yards of offense and forced three turnovers. Warnick had two interceptions, while Dawson Fowler had one interception.