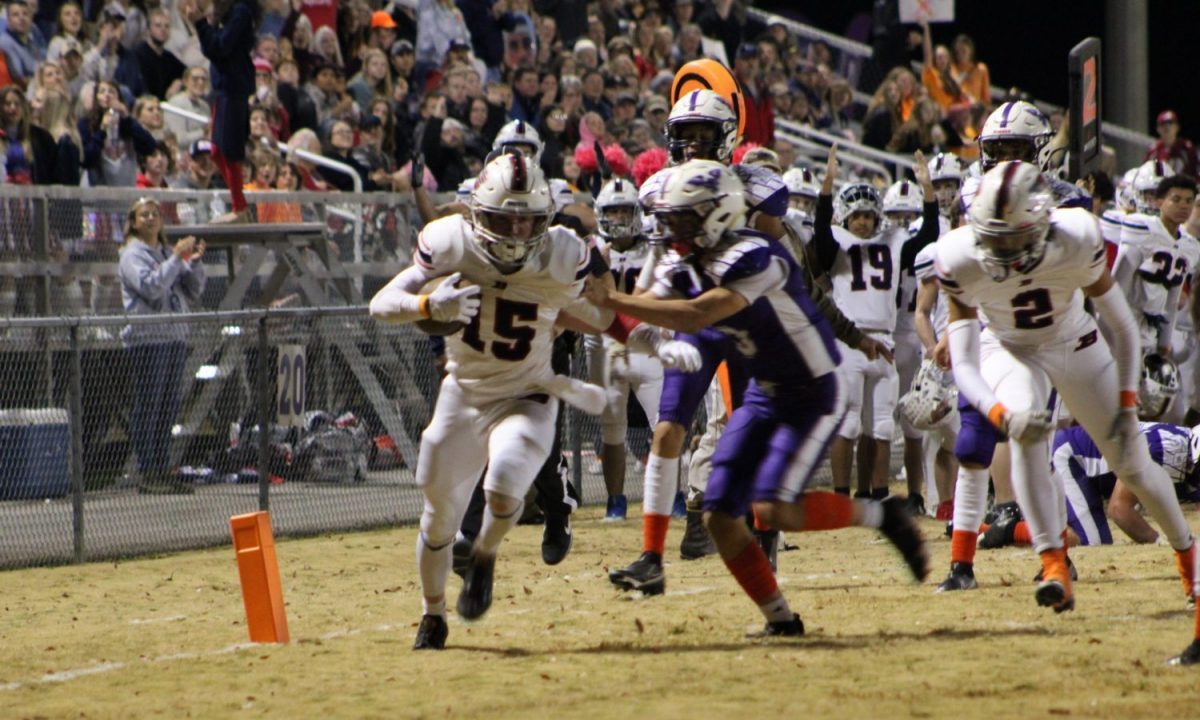 Walker Latham scores a touchdown in the Patriots’ 56-0 win over Danville. Photo by Amelia Williams

DANVILLE – The Brewer Patriots will enter the 5A playoffs on a two-game winning streak following their 56-0 win over Danville this past Friday.

Lukas Simpson and Austyn Holmes rushed for more than 100 yards and three touchdowns to lead the Patriots’ best offensive effort of the season.

Simpson finished with 128 yards on seven carries, while Holmes had 125 yards on five carries. Hunter Knighten added 59 yards and a score on three carries as Brewer ran for 366 yards.

Knighten also had two receptions for 56 yards, while Walker Latham had three for 28 yards and a score.

Brewer finished with 469 yards of offense while limiting the Hawks to 172 yards, 131 on the ground.

The Patriots (5-5) will open the Class 5A playoffs next week at Scottsboro, while Danville (3-7) with travel to top-ranked Mars Hill to open the 3A playoffs.