No. 4 Priceville completes perfect regular season with a win over No. 10 Randolph 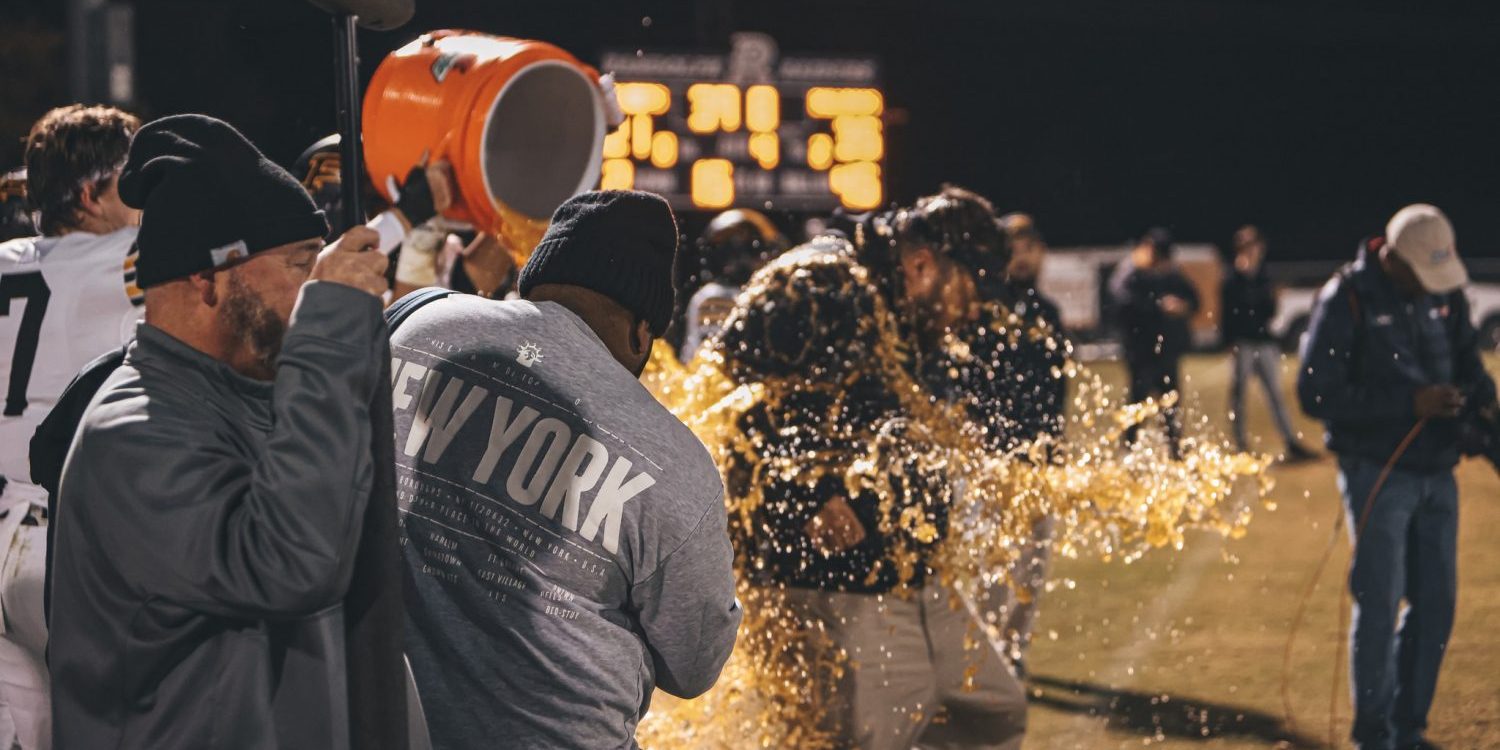 HUNTSVILLE – Priceville capped off the school’s first-ever perfect regular season with a 35-21 win on the road at Randolph.

The No. 4 ranked Bulldogs outscored the No. 10 Raiders 35-14 in the second half to secure Priceville’s first region championship since 2015.

“I am proud of our team tonight,” said Priceville coach Chris Foster. “They were out-played in the first half and was not going to let that happen in the second half.”

Randolph jumped out in front 7-0 with an Andrew Hunter touchdown pass.

The Priceville defense picked off Hunter twice in the first half to end potential Randolph scoring drives. The first was by Mason Cartee on a tipped pass and the second was by Blitz Clemons at the two-yard line.

Priceville tied the game at 7-7 after Cartee scored on a 50-yard run with 9:22 left in the third quarter.

The Bulldogs recovered a Randolph fumble on the ensuing kickoff to take over at the Raiders’ 29-yard line.

Jaylen Mosely gave the Bulldogs their first lead at 14-7 with a four-yard touchdown run with 6:54 left in the third.

After Randolph tied the game at 14-14, Priceville retook the lead after Jackson Prickett hit Cartee with a 47-yard touchdown pass with 2:58 left in the third. The Bulldogs’ defense got the first of fourth-quarter turnovers on downs right after the start of the fourth quarter.

Priceville capitalized on the turnover when Cartee scored on a three-yard run with 7:28 left in the fourth.

After another Randolph turnover on downs, Cartee scored on a one-yard plunge to put the Bulldogs up 35-14 with 4:00 left.

Randolph added a late touchdown to make the final score 35-21.

Cartee, who had seven yards of offense in the first half, finished with over 170 yards rushing and three touchdowns while having 50 yards receiving and a touchdown.

“We made some adjustments at the half that made the difference tonight,” said Cartee.

The Bulldogs (10-0) will be off next week before heading into the playoffs.

“We are going to take this week and rest up from our long season,” said Foster. “We look forward to hosting another playoff game in two weeks.”