Danville closes out region play with a win over Brindlee Mountain 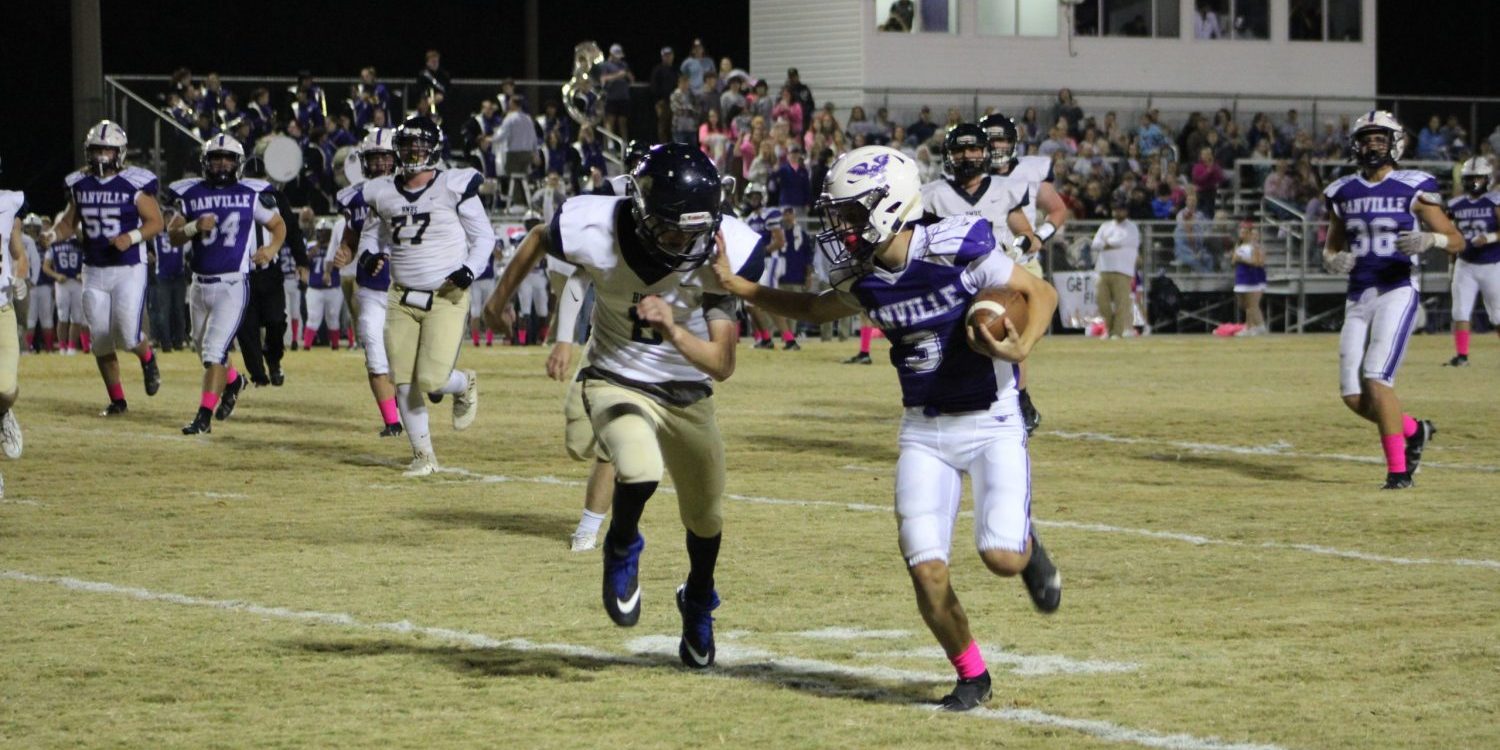 Danville’s Kade Taylor stiff arms a Brindlee Mountain defender in the Hawks’ 41-0 win over the lions. Photo by Amelia Williams.

DANVILLE – Danville closed out 3A Region 7 play with a dominating win over Brindlee Mountain last Friday.

The Hawks had 409 yards of total offense, 273 yards rushing and 148 yards passing while holding the Lions’ offense to a negative 17 yards.

Talon Cross scored three touchdowns for the Hawks while rushing for 52 yards. Gage Taylor led Danville in rushing with 79 yards on four carries, while his younger brother Kade finished with 60 yards and a touchdown on 10 carries.

Benjamin Ellenburg finished 11-of-16 for 136 yards and a touchdown while rushing three times for 59 yards.

Gage Taylor led the Danville defense with two interceptions, while Matthew Tidwell had one.

Danville (3-6, 3-3) wraps up regular season play next week at home against Brewer.

The Hawks are currently in a three-way tie for a playoff position. However, their playoff hopes will depend on the outcome of the games played this week.