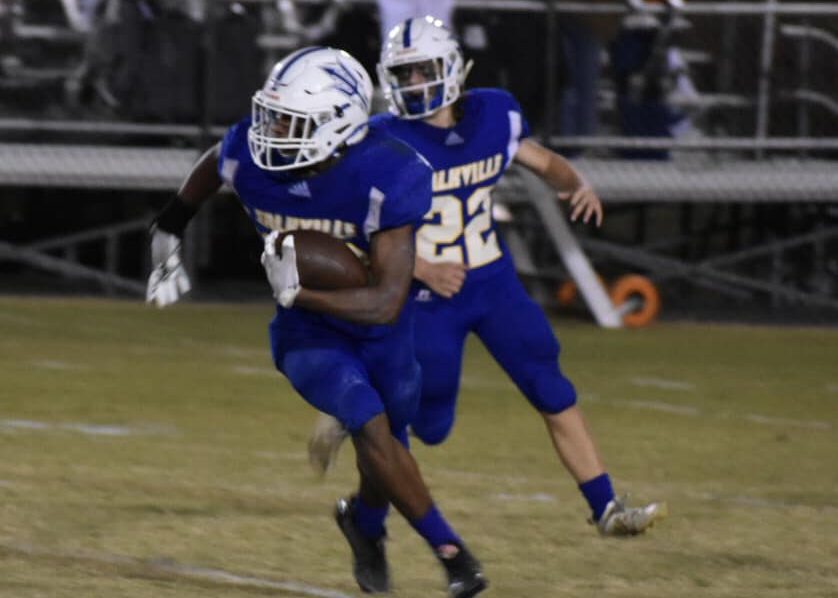 Isaiah Warnick runs the ball in a game earlier this season. Photo by April Shaneyfelt.

FALKVILLE – The Falkville Blue Devils secured a home playoff game in the first round of the 2A playoffs with a 55-14 rout of visiting Tharptown.

Isaiah Warnick impacted the game on both sides of the ball for the Blue Devils. He scored four touchdowns (two receiving, one rushing, and one on an interception return). He has 19 touchdowns through nine games, along with nine interceptions.

The win gives Falkville second place in the region behind Lexington. Hatton and Red Bay will be the third and fourth seeds in the playoffs from Region 8.