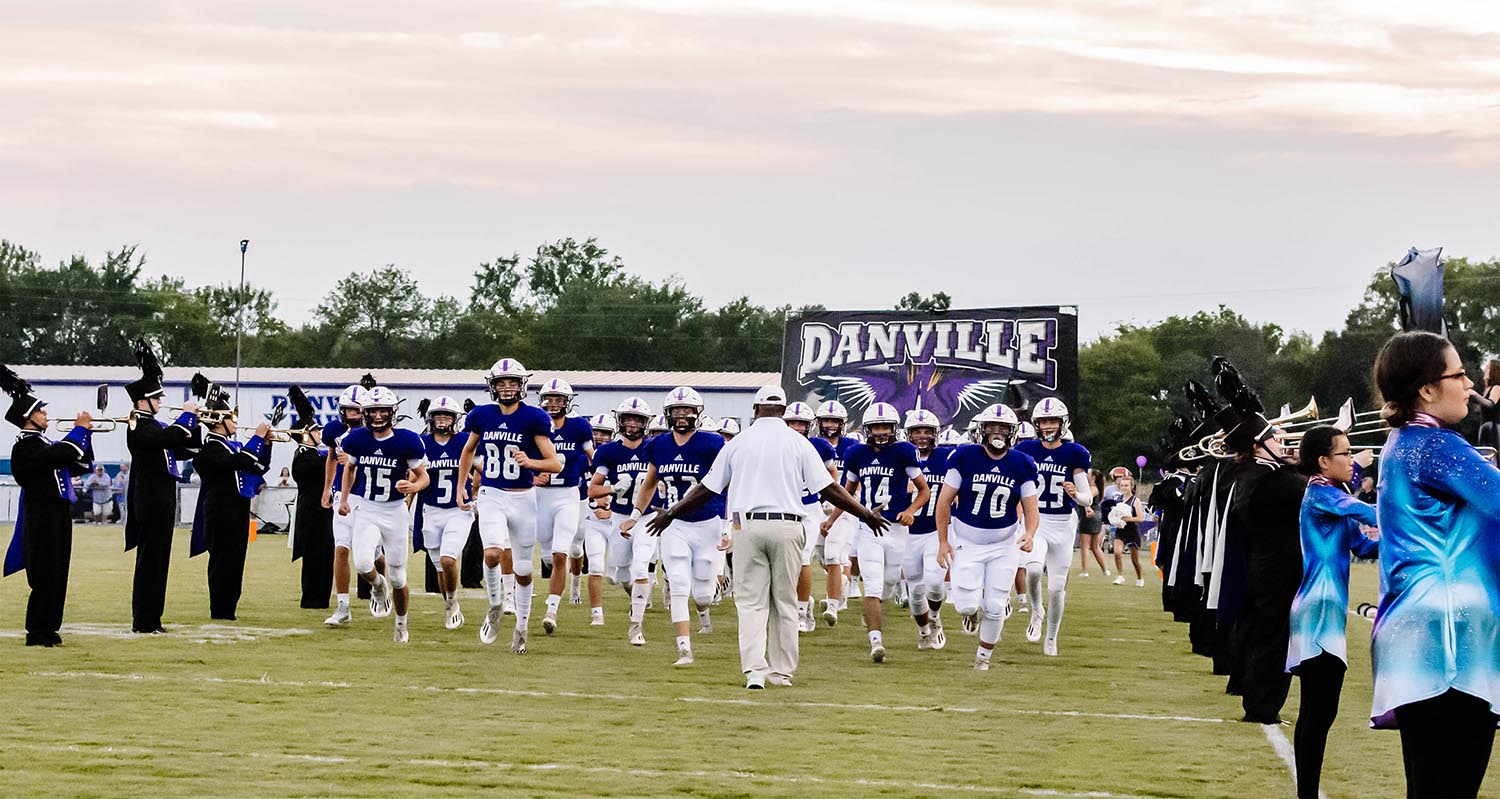 The Danville Hawks held off a late charge by Lawrence County to pick up their fifth win of the season by a score of 35-28.

“I thought our guys did a great job finishing the season on their terms,” said Danville coach Andro Williams. “We did the things we needed to do to get a win to close out the season.”
Four players scored touchdowns to help the Hawks build a 28-0 halftime lead.

Quarterback Gage Taylor got Danville on the scoreboard in the first quarter on a one-yard run.

Right before the first quarter came to a close, Taylor connected with Kohl Randolph on a 12-yard touchdown pass to give the Hawks a 13-0 lead.

Bo Huff scored on a two-yard run in the second quarter with 6:33 left to put Danville up 19-0. Taylor then hit Jojo Whisenant with a three-yard pass for the two-point conversion to push the lead to 21-0.

Taylor threw his second 12-yard touchdown pass, this time to Dylan McClesky, to extend the lead to 28-0 with 1:04 left in the first half.

Tanner Colburn capped off the Danville scoring with a 15-yard run to give the Hawks a 35-0 lead with 8:11 remaining in the third quarter.

Lawrence County’s Austin Williams scored on runs of 19, nine, and five yards to help cut the Hawks’ lead to 35-21.

The Red Devils’ Parker Frost hit Braiden Fountain with a 29-yard touchdown pass with 1:16 left in the game to make the final score 35-28.

Carson Crowe led the team with 92 yards rushing on 10 attempts.

Crowe led the defense with 13 tackles. Jaiquan Loyd added 11 tackles and a sack, while Whisenant was the third Hawks defender with double-digit tackles with 10.

“Our seniors were outstanding all year long,” said Williams. “I am proud of them for adjusting to a new system in each phase of the game and being coachable all season.”
The Hawks finished 5-5 under Williams, who is in his first season at Danville.

“I can’t wait to see what the offseason and these underclassmen have in store for the future of the Hawks’ program going forward,” Williams said. “I am thankful to all who have supported our student-athletes this season.”