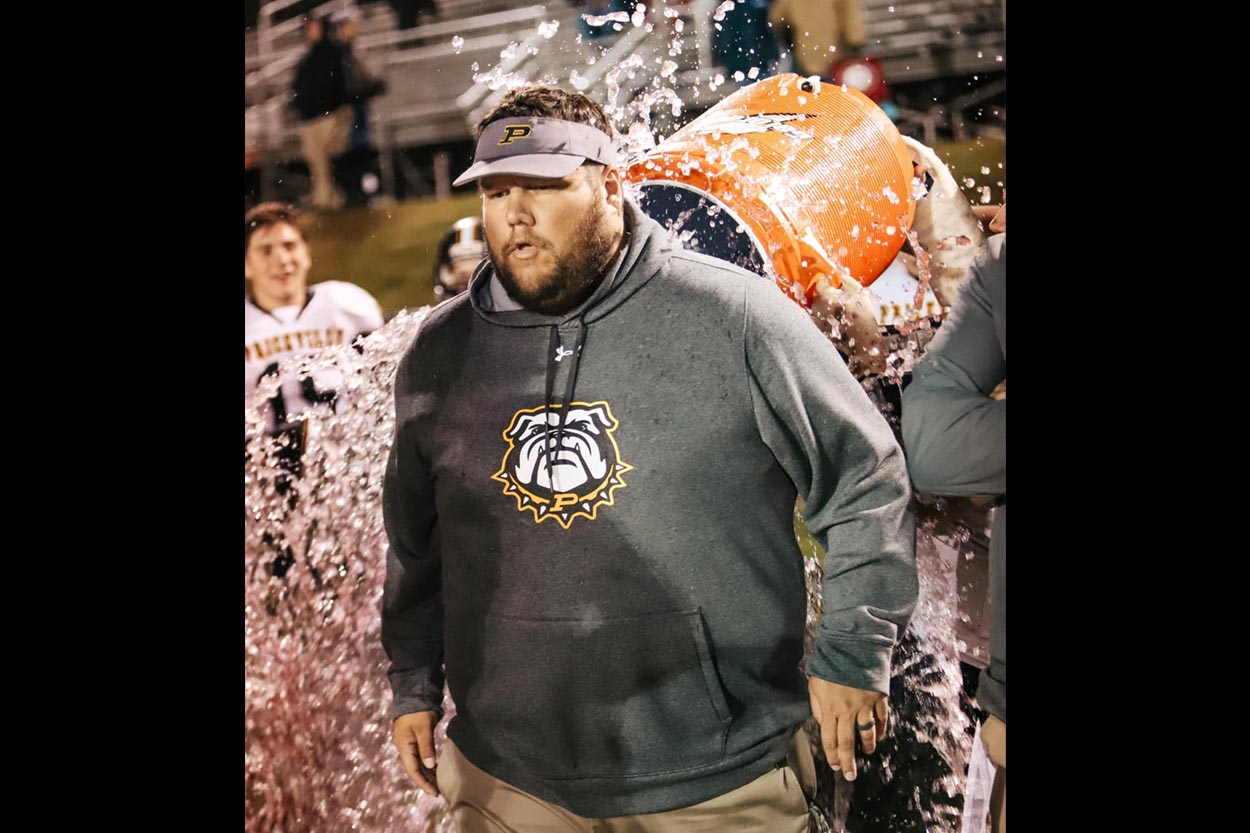 The Priceville Bulldogs set a school record for wins in a season with their 55-0 win over St. John Paul II Friday.

The Bulldogs improved to a school record 9-1 with the win.

The Priceville rushing attack was more than the Falcons could handle, as they rolled up 397 yards rushing and eight touchdowns.

“Offensively, we stopped ourselves some in the first half and were able to clean it up in the second half,” Foster said.

Mason Cartee led the way with three touchdown runs, giving him 29 this season. He scored on a one-yard run late in the first quarter to put the Bulldogs up 7-0. He added touchdown runs of 78 and 28 yards in the third quarter on his way to finishing with 200 yards rushing on 15 attempts.

Priceville added two touchdowns in the second quarter to take a 21-0 lead into halftime: Kekey Fletcher on a two-yard run and Jake Langlois on a seven-yard run.

Following Cartee’s two third-quarter scores, Jaxon Thomas scored on a 41-yard run to put the Bulldogs up 42-0 late in the third.

Sammy Holmes added a two-yard touchdown early in the fourth quarter to push the lead to 49-0, and Thomas capped the scoring for Priceville with a two-yard run to extend the lead to 55-0.

The win was the fourth-highest point total for the Bulldogs this season. Their season-high was 70 in a shutout win over Brewer to open the season.

Priceville finishes the regular season with the third-highest-scoring offense in Class 4A, averaging 40.8 points per game.

“Our defense played great all night long and did a great job of limiting their big plays and scoring opportunities,” said Foster.

Priceville (9-1) will host Etowah (6-4) Friday in the first round of the Class 4A playoffs.