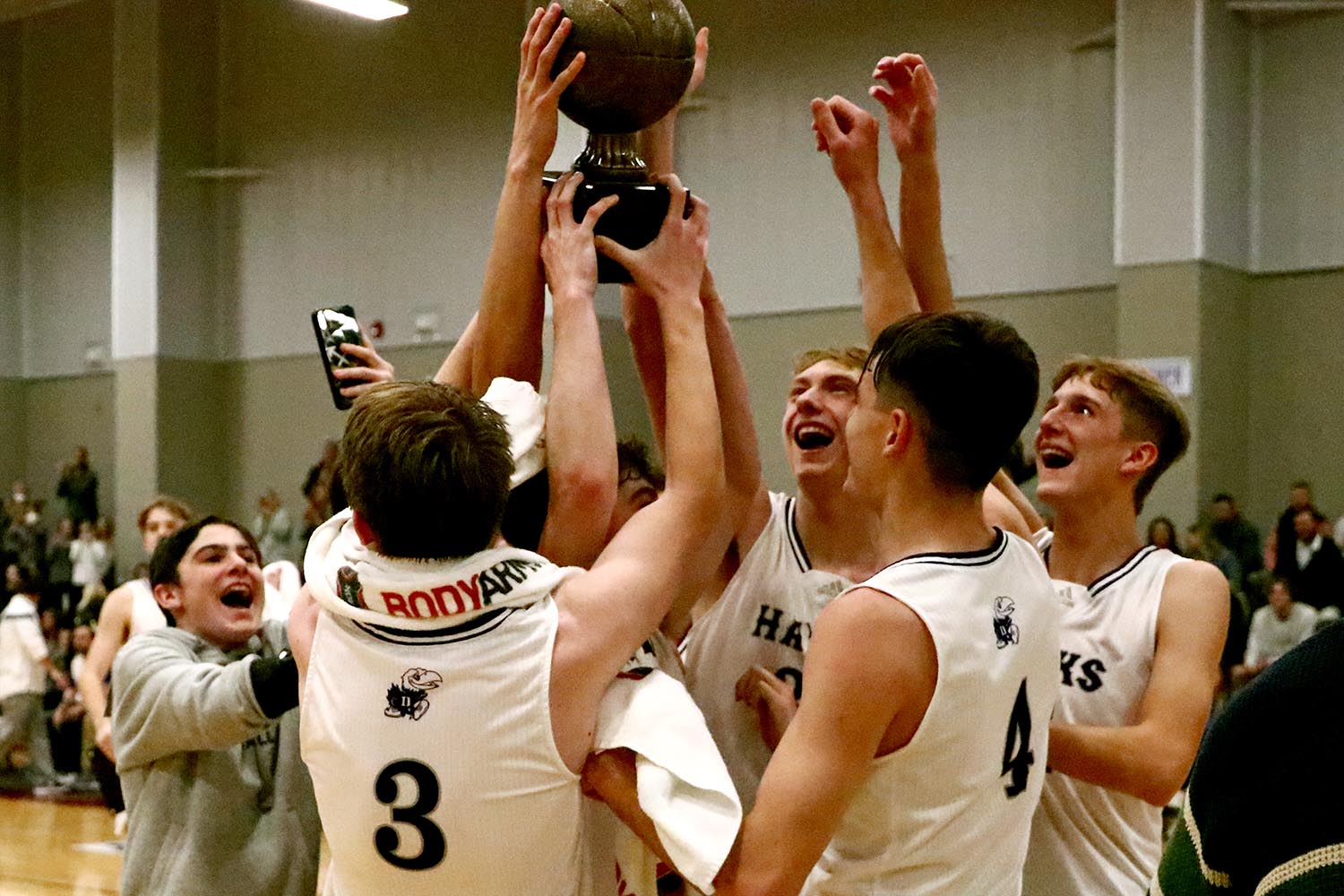 The Class 3A No. 7 Danville Hawks defeated Class 4A No. 5 Priceville 49-46 to win their first Morgan County Tournament Championship since 1992.

“Winning the championship is something all of the players will remember for a lifetime,” said Ellis. “I’m so happy for them and everyone that is involved with our program.”

The Hawks jumped out to a 20-11 first-quarter lead. Witten Morgan scored 12 points to help Danville build the early nine-point lead.

The Bulldogs responded, however, with a big second quarter to make the score 25-24 at halftime. Priceville’s defense held Danville to five points, while the Bulldogs scored 13 behind two three-pointers from freshman Samuel Holmes and one from Xander Gaines.

It was a low-scoring third quarter, with Danville taking a 36-31 lead. The Hawks got three-pointers from JoJo Whisenant, Carter Holladay and Morgan.

Danville held on for the three-point win after being outscored 15-13 by Priceville in the final quarter. Holladay and Landon Freeman each scored four points to help lead the Hawks. The Bulldogs hit three three-pointers in their comeback attempt.

The two teams combined for 17 made three-pointers, with Danville hitting nine.

Both teams now turn their focus to the postseason. The Hawks will host the Class 3A, Area 15, Tournament, while Priceville will play at Westminster Christian. The Bulldogs still have one area game left to determine their seeding for the area tournament.

“We need to continue to improve on the small things,” said Ellis. “We need to work to prepare ourselves for the upcoming area tournament.”