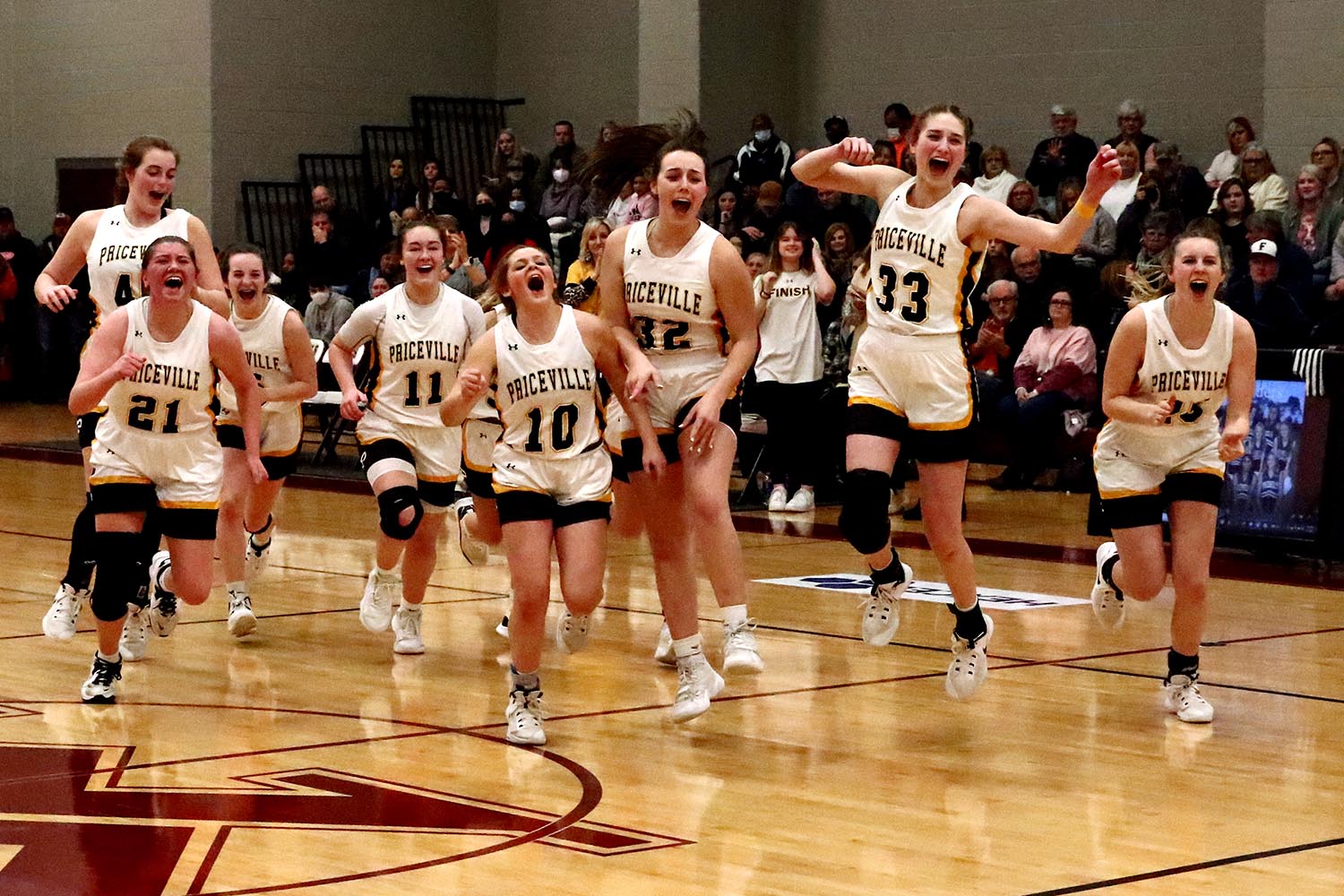 The 2021-22 Priceville Lady Bulldogs will forever be known as the first Lady Bulldogs team to win the Morgan County Tournament, with their 66-37 win over Falkville.

The Bulldog girls have been the bridesmaid more than once, including finishing runner-up to Hartselle in 2020.

“It’s a big win to do that for the first time in program history,” said Priceville head coach Terri Nelson. “This team will always be remembered as the first. It took all members of our team to accomplish this.”

The Lady Bulldogs came out of the dressing room on fire on both ends of the court. Their defense held Falkville to four points, while their offense exploded for 30 points. They extended their lead to 43-12 at halftime.

The Lady Bulldogs extended their lead to 57-24 heading into the final quarter.

However, Falkville ended the game positively for the Blue Devil girls, outscoring Priceville 13-9 to make the final score 66-37.

“These girls have continued to work to get better, and I have seen a lot of growth this season,” said Nelson. “It’s always good to be in a tournament situation to help us get ready for post-season play. I am extremely proud of them!”