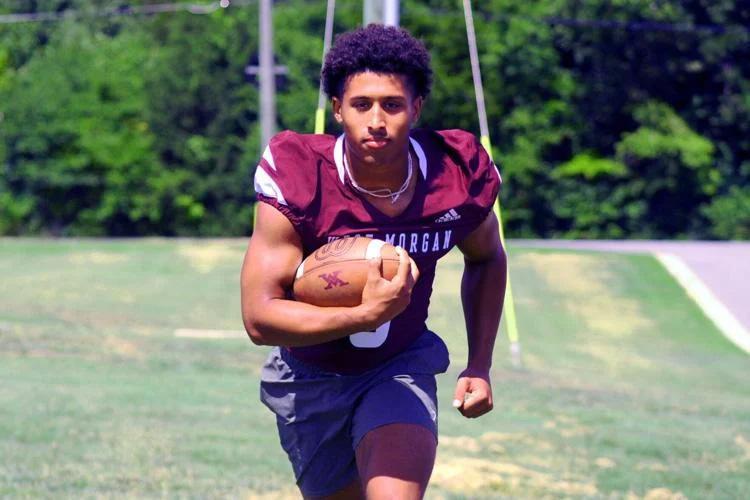 TRINITY – There’s only one label that Drew Phillips uses for Connor Dillard. “Athlete.”

Phillips, West Morgan’s second-year head coach, made it abundantly clear that anything else just doesn’t fit.

“Quarterback, running back, receiver,” Phillips said. “Athlete, that’s what we put him as.”

Like a Swiss Army knife, which is a multi-functional tool designed to make life easier, Dillard also makes life easy on his coaches. His ability to move around in the offense gives Phillips, who has an extensive background in offensive football, a dangerous weapon to play with.

“It’s extremely valuable,” Phillips said. “Because of him, not just his versatility but his attitude and worth ethic, if anybody goes down we know we can plug him right in.”

Dillard said, “It feels good knowing that the coaches trust me so much and that no matter what the game plan is that I have a role to do.”

Of course, playing this role comes with added burdens. Instead of learning one position, Dillard is tasked with learning multiple spots.

“Mentally it’s tough,” Dillard said. “If you’re playing one position, then you just learn what that position does for each play. I have to learn the whole play.”

Phillips says he has no worries about Dillard’s ability to perform each role and looks forward to what they can do to opposing defenses.

“He’s got great hands, great speed and great IQ,” said Phillips. “What we’ll be able to do to defensive coordinators with him, that’s exciting.”

In year one under Phillips, West Morgan defied expectations. The Rebels finished 5-5, but were four points away from 7-3, all while playing in one of the toughest regions in Alabama.

Dillard cited a quick culture change that continued to grow as the season progressed.

“A lot of things have changed. Before there were guys that just showed up, but now we’re committed to doing what needs to be done,” Dillard said.

A significant jump is always expected between year one and two under a head coach. But with a better than expected first season, Dillard and his teammates are shooting for the stars in 2022.

“As long as everybody is on board and working toward the same goal, I don’t think there’s anybody that can stop us.”