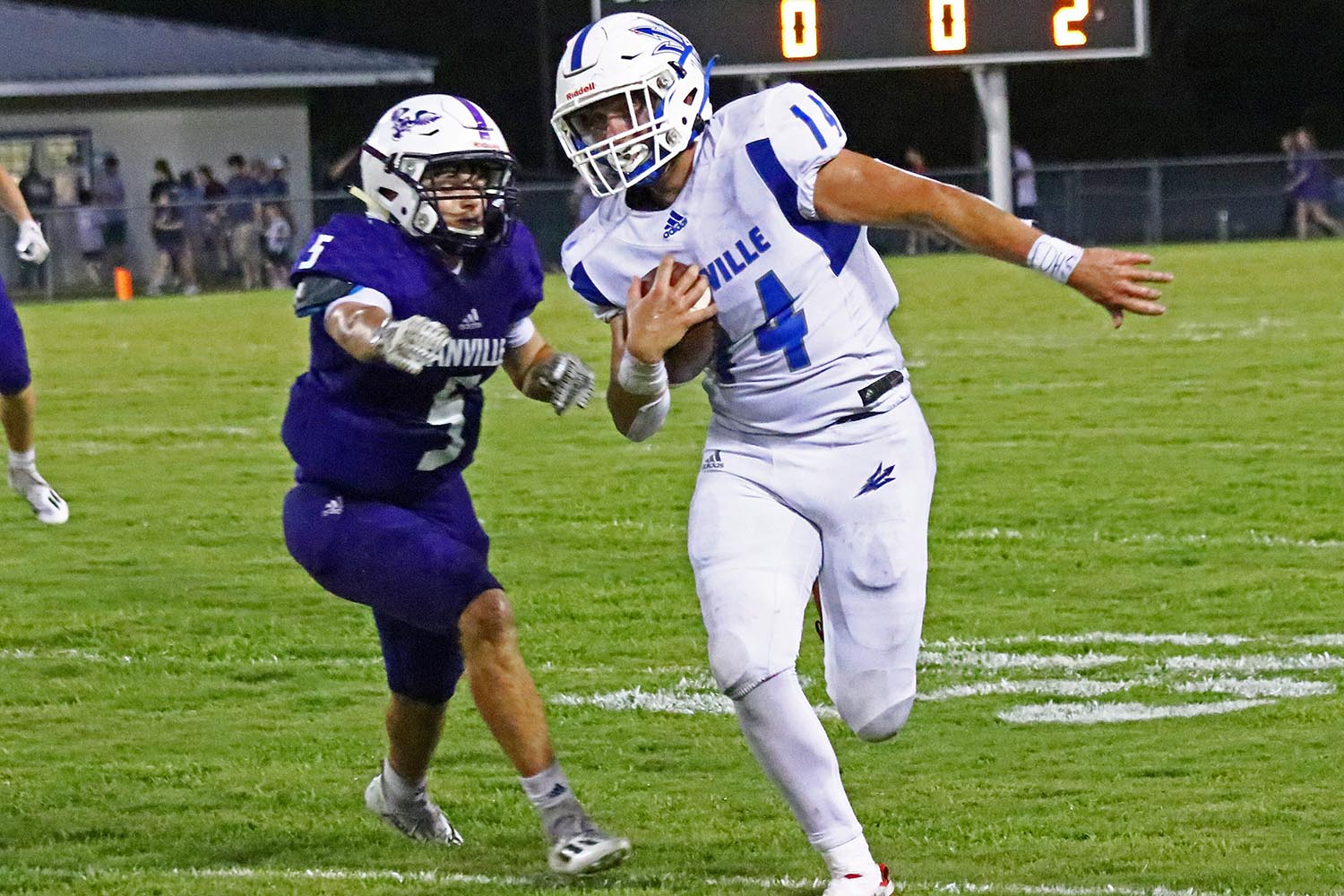 Jordan Greenfield and Falkville bounced back from last week’s 27-7 loss at Danville with a 54-12 road win at Whitesburg Christian Friday night.

Greenfield, injured in the second quarter last week, returned to rush for 226 yards on 11 carries and scored four touchdowns in less than two quarters. He scored on runs of 1, 2, and 19 in the first quarter and added a 92 yarder on his final carry of the game early in the second quarter.

Caden Burnett had a 37-yard interception return for a touchdown and finished 9-of-11 passing for 135 yards, including a nine-yard touchdown pass to Andrew Jones to close out the first-quarter scoring. Jones had five receptions for 94 yards, including one for 41 yards.

Lawson Tew scored on a five-yard run in the second quarter to give the Blue Devils a 47-6 lead heading to halftime.