Hartselle clips the Eagles in a 65-53 win 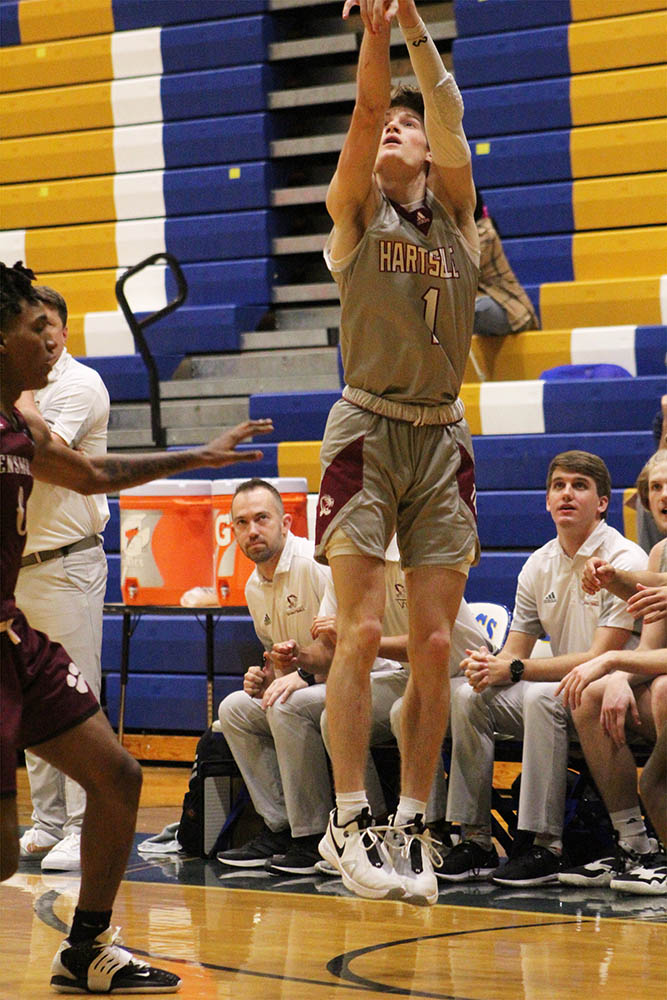 The Tigers had an early tip with the Naples Eagles on the final day of the Florida Classic Shootout.

Kiah Key continued his hot streak, which started with 10 points in the final quarter against Pensacola, with eight of Hartselle’s first 10 points. He helped the Tigers take an early 10-2 lead. He hit his third three-pointer to help Hartselle take a 16-8 lead into the second quarter. Luke Ward added five points, including the Tigers’ fourth three-pointer of the first quarter.

After a 5-5 start to the quarter that included Ward’s second three-pointer, The Tigers held a 21-13 lead. Naples then went on a 5-0 run to cut the lead to 21-18. However, Hartselle dominated the final couple of minutes of the quarter with a 9-0 run that gave them their largest lead of the half, 30-18 heading into halftime.

Naples made a couple of little runs in the final quarter to help them cut the Tigers’ lead to 57-53 with a little less than two minutes to go. However, Hartselle once again responded with a dominant finish to the game as they closed on an 8-0 run to finish off the 65-53 win.

Kiah Key finished with a game-high 20 points to lead the Tigers. He also added four assists, two rebounds, two steals and a block. Dunn added 13 points, including 10 in the second half, along with three assists and three steals. Ward had 12 points, five steals and three assists. Thomas Itsede scored eight points and had four steals, while Dominic Simmons had seven points and seven rebounds with two blocks. Treyce Oden added four points and four rebounds. Kohl Key finished with one point.

“ I am proud of how my team played this week,” said coach Faron Key. “They bounced back after the first game and getting down early in the second to come back and pick up two wins. They learned a lot about who they are as a team, and I am excited to see what happens after Christmas as we jump into area play.”

Hartselle (8-8) has won four of their last six games heading into the Metro Tournament at Homewood High School. They will open with Chelsea on Wednesday at 4:30. Following the Metro Tournament, the Tigers jump into area play with games at Decatur and home against Cullman the first week of January.