Hartselle comes from behind to defeat Pensacola 58-53 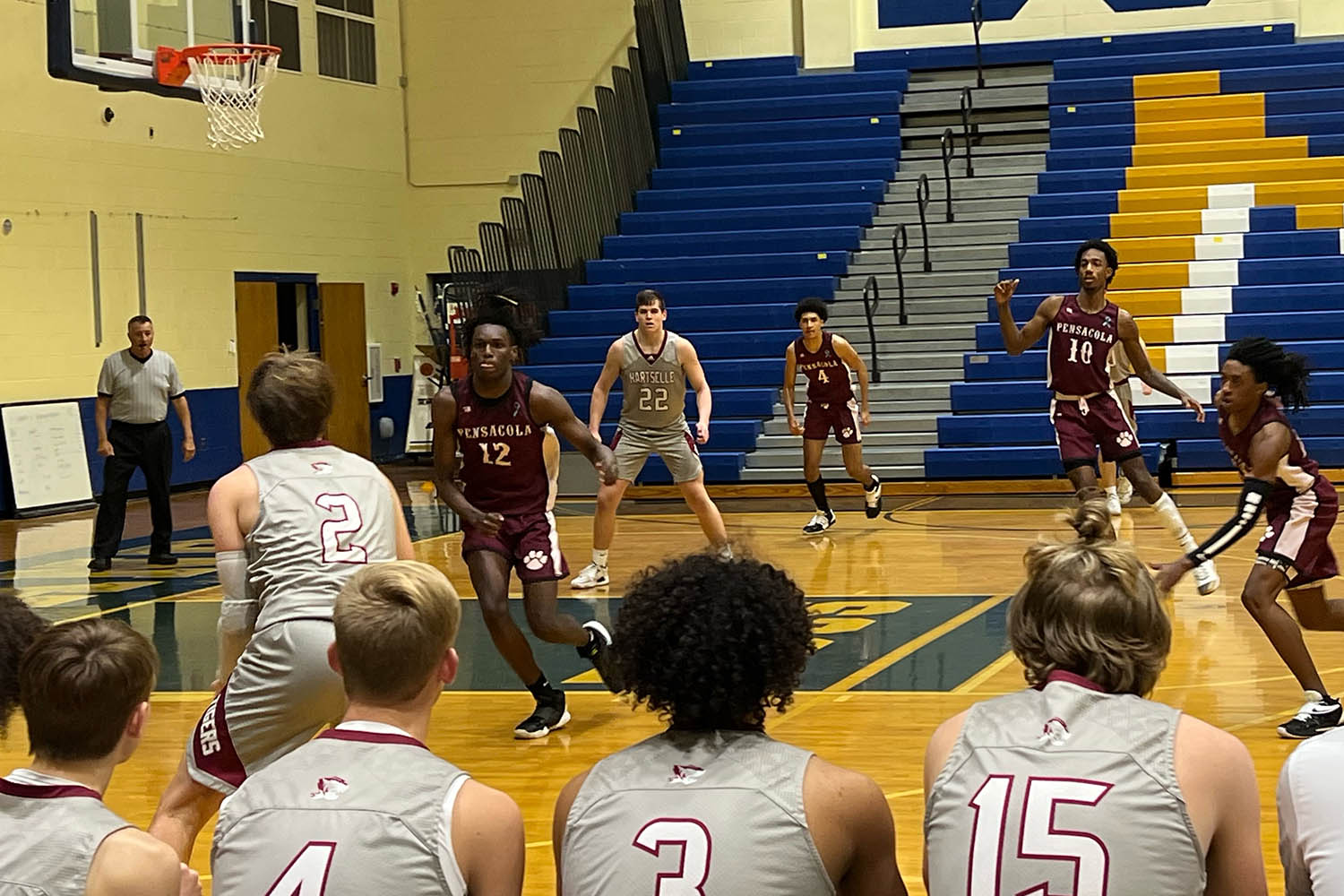 It was a battle of Tigers on Day Two of the Florida Classic Shootout as Hartselle met Pensacola. While Hartselle was 0-1, Pensacola entered the contest with a victory in their first game.

Pensacola jumped out to a quick 7-0 lead, getting points from three players. Kiah Key got Hartselle on the board when he drained a three-pointer to cut the lead to 7-3. Pensacola answered with an 8-0 run to push their lead to 15-3. Luke Ward cut the lead to 10 with a layup, but Pensacola responded with a 5-0 burst to go up by 15 late in the first quarter. Dominic Simmons pulled down a rebound and put it in the basket to make the score 20-7 heading into the second quarter.

Hartselle opened the second quarter on a 10-2 run, with Simmons scoring seven and Ward hitting a three to cut the Pensacola lead to 22-17. After a Pensacola three, Ryan Dunn and Kohl Key gave Hartselle another 9-2 run to make the score 27-26 late in the first half. Hartselle scored four points in the final minute to tie the game at 30-30. Pensacola hit a free throw to take a 31-30 lead into halftime.

Simmons and Dunn powered a 7-2 start to the third quarter for Hartselle. The run propelled the Tigers to their first lead of the game, 37-33. Over the next few minutes, Hartselle increased their lead to five at 44-39. Pensacola closes out the quarter on a 5-0 run to tie the game at 44-44 going into the final quarter.

The Teams went back and forth for much of the fourth quarter. Kiah Key, Simmons, and Ward each scored baskets to help give Hartselle a 52-51 lead with about a minute to go. Pensacola got a steal and a layup with 55 seconds remaining to grab a 53-52 lead. However, Kiah Key took over for Hartselle and scored the game’s final six points to give the Tigers a 58-53 win.

Kiah Key finished with 13 points, including 10 in the fourth quarter. He also had seven rebounds, six assists and two steals. Simmons and Dunn also had 13 points for the Tigers. Simmons added seven rebounds, two assists and three steals, while Dunn added two rebounds, one assist and two steals. Ward had 11 points and 12 rebounds for his first career double-double. Thomas Itsede added seven points and Kohl Key had six.

Celeb Young finished with a game-high 27 points for Pensacola.