Hartselle cruises to 63-6 win over Columbia 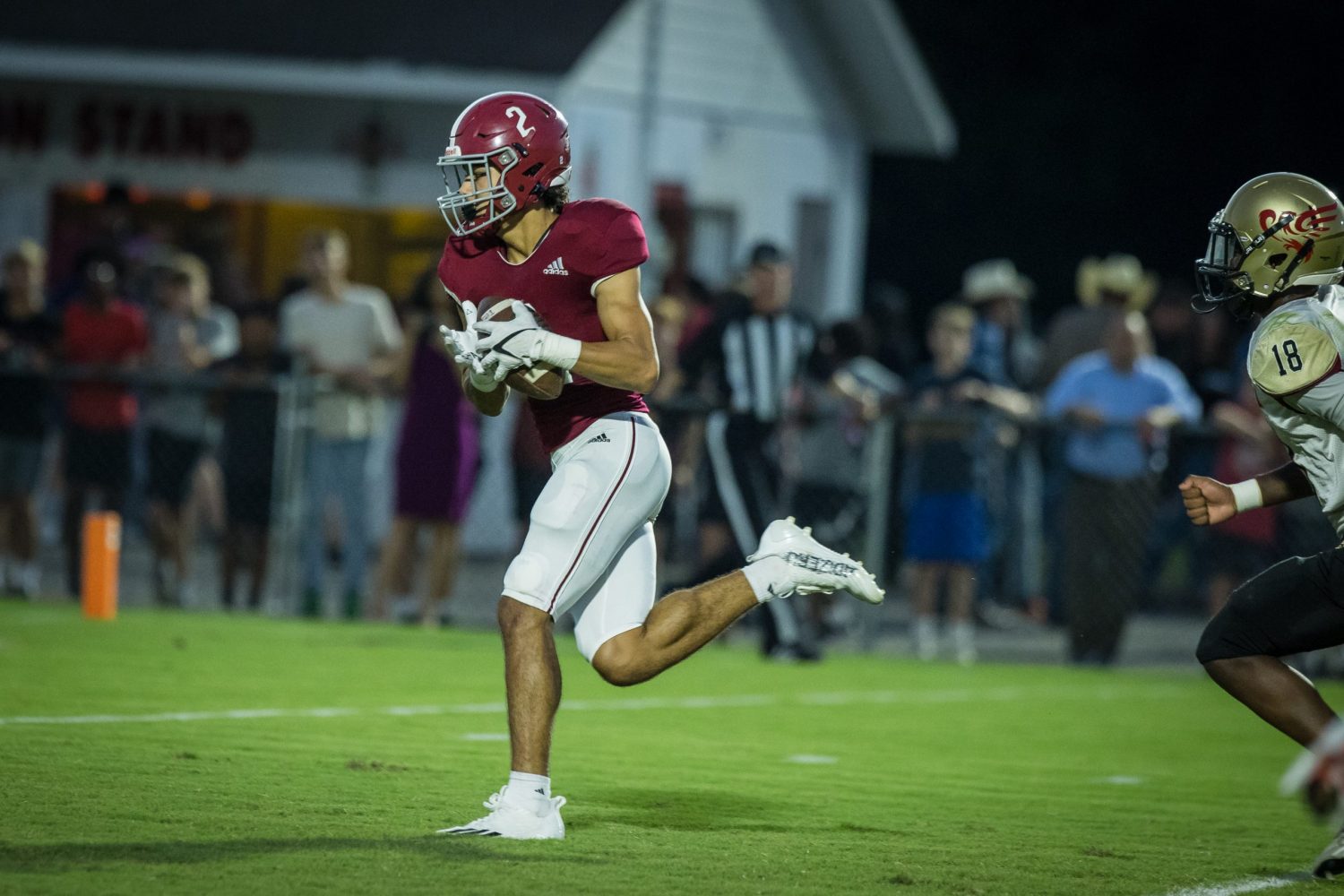 Izayah Fletcher scores his second touchdown in the Tigers’ 63-6 win over Columbia. Photo by Mariann Parker

The Hartselle Tigers celebrated Homecoming with a 63-6 win over Columbia.

Ri Fletcher opened the scoring as he took a Jack Smith pass 55 yards to the end zone for a 7-0 lead.

A couple of plays later, Treyce Oden recovered a Columbia fumble at the 13-yard line. The Tigers scored on the next play when Smith hit Izayah Fletcher for a 13-yard touchdown and a 14-0 lead.

After the Tigers’ defense forced an Eagles punt, Landon Blackwood connected with Izayah Fletcher for a 42-yard touchdown and a 28-0 advantage.

Eli Tidwell took the snap and ran six yards for a touchdown and gave the Tigers’ a 35-0 lead heading to the second quarter.

Scoring on touchdown runs for the Tigers in the second quarter were Stinnett Hagemann, Lincoln Bryant, and Gage Roberts.

The Hartselle defense also blocked a Columbia punt late in the quarter that was picked up by Jace Preuitt and returned for a touchdown.

Columbia added a score late in the fourth quarter to make the final score 63-6.

“We handled business tonight,” Hartselle coach Bryan Moore said. “We will now turn our attention to Gadsden City and get ready for the Titans.”

The Tigers (4-0) will hit the road next week as they head to Gadsden City (2-2) to start a four-game road trip that will also take them to Oxford, Muscle Shoals and Athens.