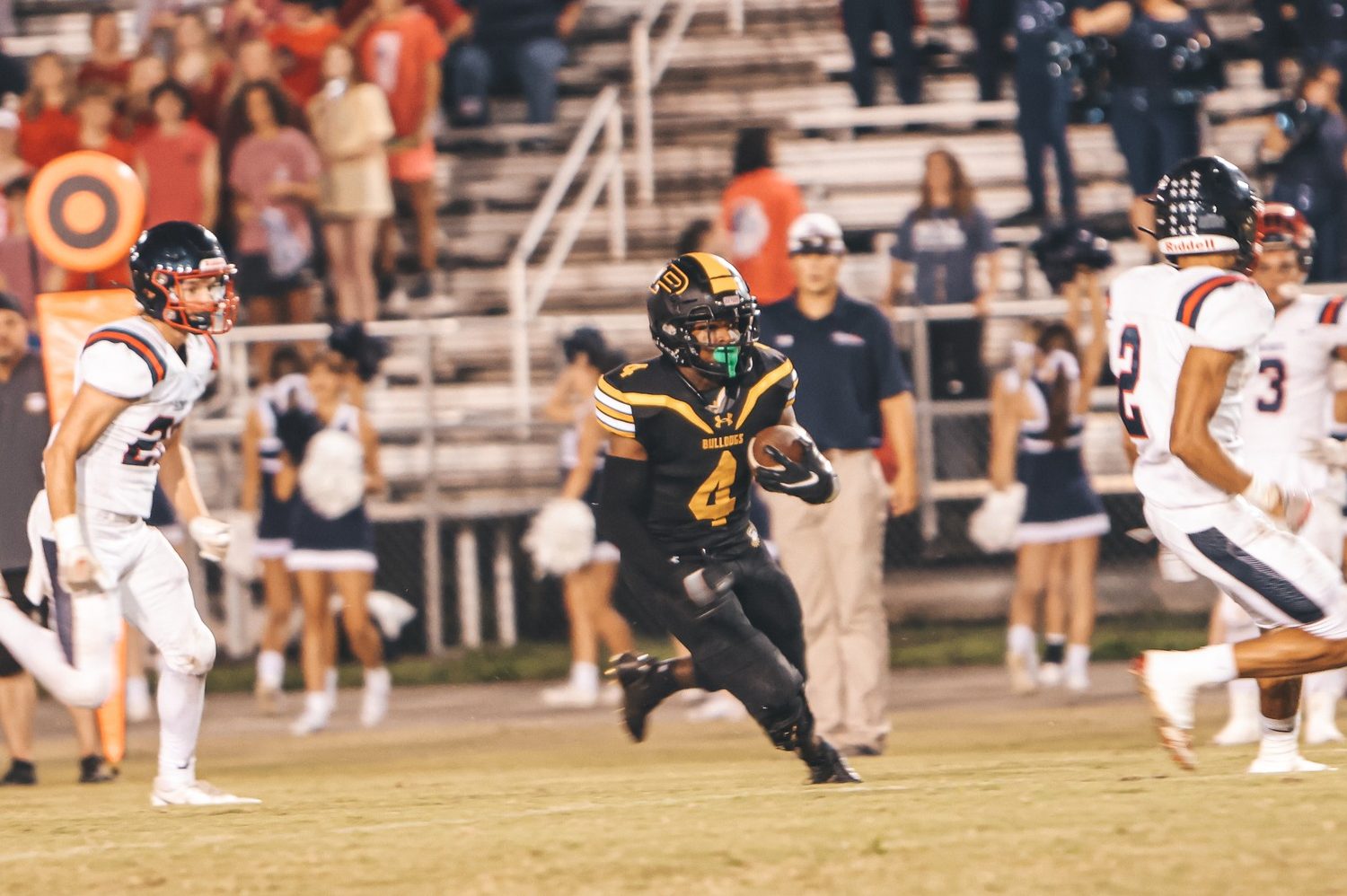 Jaylen Mosely runs the ball during the Bulldogs’ 47-0 win over DAR. Photo by Shawna Oliver

The Priceville Bulldogs improved to 4-0 and 2-0 in region play following their impressive 47-0 win over D.A.R. last Thursday.

The Bulldogs, known for a punishing rushing attack, had 446 yards in the first half as they built a 41-0 halftime lead. They finished with 493 yards rushing.

But it is the Priceville defense who is now making a name for itself after their second consecutive shutout to start region play. The Bulldogs have given up a total of eight points in three of their four wins.

The Bulldogs’ defense held D.A.R. to 109 yards and only six first downs.

Priceville had four touchdown runs of 40 or more yards, including runs of 76 and 47 by Xander Gaines, who led the team with 136 yards and two touchdowns on three attempts.

Xander Gaines had a pair of long rushing touchdowns (76, 47 yards) to lead Priceville as the Bulldogs rolled up 446 rushing yards in the first half.