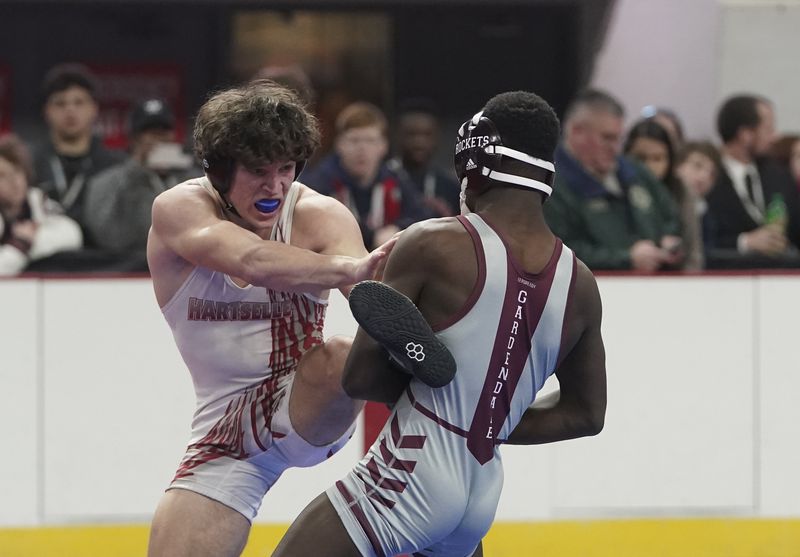 Hartselle sophomore Lincoln Bryant capped the 2021-22 wrestling season with a runner-up finish in the 132-pound class of the AHSSA State Championship this past Saturday. Bryant finished the season 33-8.

Bryant lost in a 10-6 decision to Daishon Powe of Gardendale.

This is not the first time these two wrestlers have met; Power had previously won in the North Regional a couple of weeks earlier.

Bryant previously won a state championship as an eighth-grader with a 10-5 decision over Milton Powe of Gardendale – the older brother of Daishon Powe.