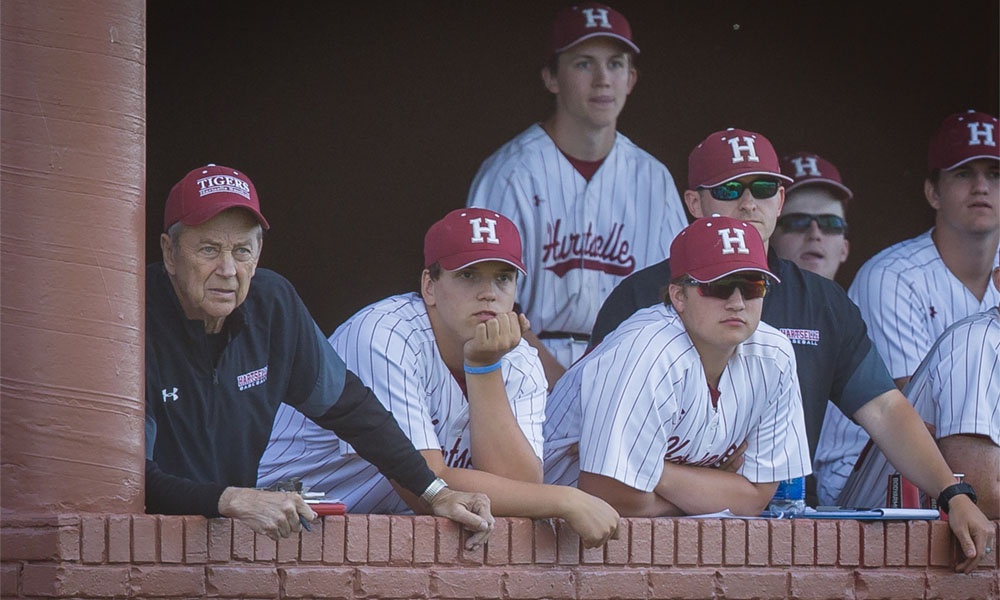 The Alabama Sports Writers Association recently named Hartselle’s William Booth the 6A Coach of the Year. This is the third time Booth has been given the honor.

His 1,106 games won is 10th best in the National Federation of High School Sports record book.

During his time as the Tigers coach, he has had numerous players go on to further their careers in college.

One of the Gatorade Player of the Year winners was Jay Chittam. After winning the award in 1993, he went on to play at LSU before graduating from Birmingham-Southern. Chittam played for Booth from 1990-93.

“Coach Booth expected us to be different; he didn’t tell us to be, but we knew what he expected: ‘Do Right!’” said Chittam. “He led by example; he was always early and always there late. He worked harder than we did.

“He cared about us as players and just as much as human beings. He constantly pushed us to succeed in everything we did.”

“He genuinely cares about his players; he wants to win baseball games, but he sees the big picture and simply wants them to be winners in everything.”

Keith Wright, a current assistant coach under Booth, played for the Tigers when Booth was an assistant coach and graduated in 1987 – the season before Booth became head coach. Wright has coached with Booth since 2014.

“Coaching with Coach Booth is an experience you will never forget. He has his way of doing things, and that’s the way it’s going to be done,” said Wright. “Coach Booth will never ask you a question to which he doesn’t already know the answer. He’s usually two or three steps ahead of you and everybody else.

“He’s a special man that has done tremendous things for Hartselle baseball and the City of Hartselle.”

This past season was dedicated to Booth, as he has been battling cancer. He has said he plans to be back in the dugout next spring for his 35th year as head coach of the Tigers.