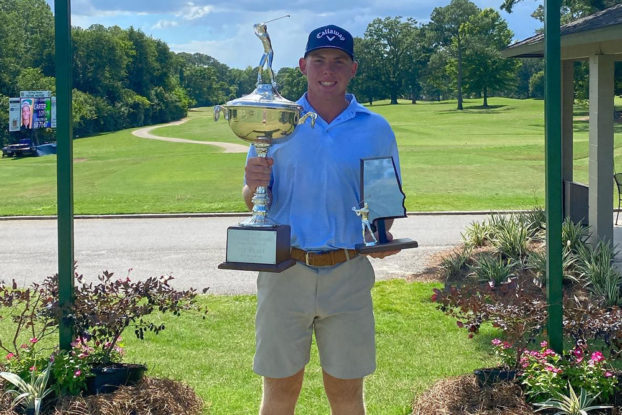 He won the 15/16 age division and finished fourth overall after shooting a -1. He opened with an even-par 70 on day one and followed that up with a one-over 71 on day two. He closed the three-day event with a two-under to finish with a total of 209.

The Future Masters Tournament is played at the Dothan Country Club. The tournament started in 1950. Stewart Cink, a two-time winner, is just one of an impressive list of PGA players who have played in the tournament.