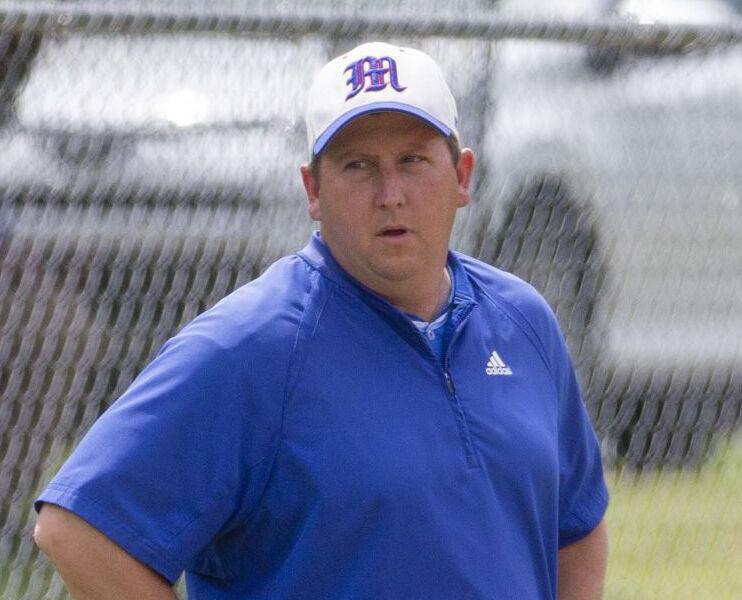 What’s the best way to replace an outgoing Coach of the Year?

Replace him with another Coach of the Year. That’s what Decatur Heritage baseball has done.

Steve Meek, who announced his plans to retire before this past season, was named the Class 2A Coach of the Year after coaching the Eagles to the state championship series in May.

Jay Mitchell, who was the 2A Coach of the Year in 2010 and won three state championships at Mars Hill Bible, takes over for Meek at Decatur Heritage.

“I was really concerned about who was going to be our new baseball coach,” Decatur Heritage athletic director Ty Patterson said. “Replacing Coach Meek is impossible for what he’s meant to our baseball program and our school.

“I could not believe we would have someone of the caliber of Jay Mitchell interested in taking the job. We are excited to have Coach Mitchell and his family be a part of the Decatur Heritage family.”

Mitchell brings impressive credentials to the job. He coached six years at Madison Academy in Huntsville and 19 years at Mars Hill Bible in Florence. His teams have won over 600 games, including state championships at Mars Hill in 2010, 2012 and 2019.

Following the 2021 season, Mitchell stepped away from coaching baseball to become the girls basketball coach at Haleyville and have more time to watch his daughters play college softball.

“Steve Meek and I have been real good friends for many years,” Mitchell said. “We’ve talked about this job for the last couple of years. Everything just worked out and I feel lucky to be here.”

Decatur Heritage baseball has been on a great run for the last eight seasons. The 2016 team won the Class 1A state championship and was 1A runner-up in 2017. The Eagles were knocked out of the 2021 Class 2A playoffs in the quarterfinals by eventual state champion Westbrook Christian. G.W. Long beat Decatur Heritage in the 2A finals in May.

Five Decatur Heritage players were All-State selections this past season. Two return in senior Bo Solley and freshman Bryant Sparkman. Solley played third and Sparkman started in the outfield. Both also pitch. The program also has a wealth of young talent in the pipeline.

“Steve built a great foundation for the program,” Mitchell said. “If I don’t get in the way, we could have another good season.”

Because of the Alabama High School Athletic Association’s competitive balance rules, Decatur Heritage baseball will be in Class 3A for the 2023 and 2024 seasons.

“Competing in Class 3A will be tough,” Mitchell said. “It’s a challenge, but if you don’t like challenges you don’t need to be playing baseball.”

Mitchell, 49, is a 1991 Mars Hill graduate, where he played baseball and basketball. He also played baseball at Freed-Hardeman University in Tennessee. After helping out after college for one season at Mars Hill, Mitchell was hired as an assistant coach at Madison Academy.

“Right after I got there, the head coach left and I became the new head coach at age 22,” Mitchell said.

In six seasons, Madison Academy advanced to the semifinals twice.

“I left after 2002 to go back to Mars Hill,” Mitchell said. “Mike Good was one of my assistant coaches at Madison Academy and he became the head coach. His teams won four state championships and they named the stadium after him.”

“I love baseball and the life lessons it teaches,” Mitchell said. “Coaching the game gives me the opportunity to help young men. That’s what I love to do.”