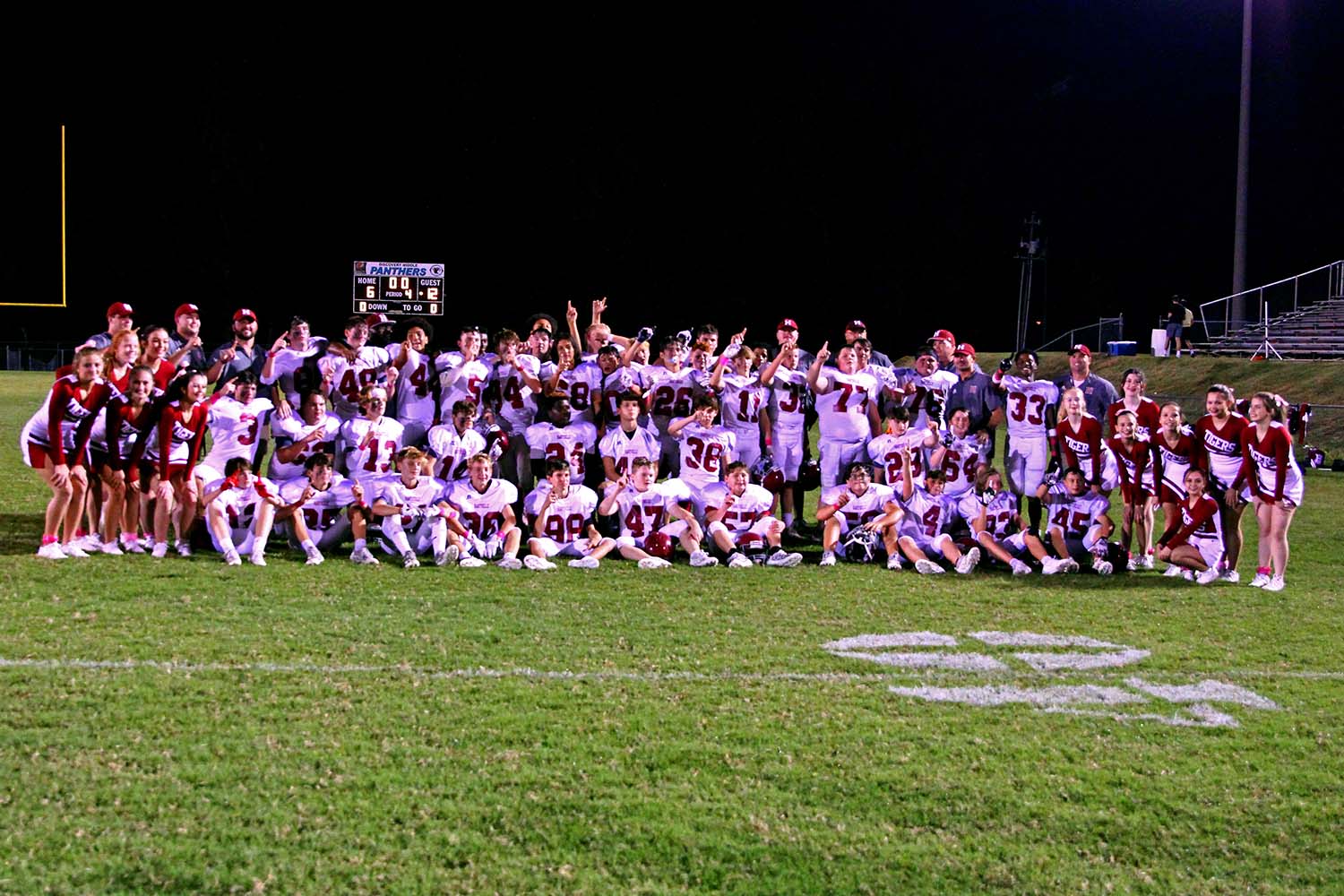 The Hartselle eighth-grade football team capped off the 2021 season with a 12-6 overtime win over Discovery to win the Tennessee Valley championship this past Thursday in Madison.

The Tigers finished the season with an undefeated, 8-0 record.

First-year head coach Chad Gladden coaches the team. He has been a part of the Hartselle football program for more than 20 years.

The game, largely a defensive battle between the two best teams in the Tennessee Valley Conference, was scoreless after one quarter. The Tigers broke through with a touchdown in the second quarter to take a 6-0 lead into halftime.

After a scoreless third quarter, Discovery scored a touchdown later in the fourth quarter to tie the game.

The Hartselle defense, however, rose to the challenge with the game on the line and stopped the two-point conversion to force overtime.

Discovery got the ball first, and the Tiger defense stood firm to keep the Panthers out of the endzone.

The Hartselle offense headed the wrong way on the first play of their overtime possession with a five-yard procedure penalty. That didn’t deter the Tigers, however, as they marched to the endzone with four straight running plays to win the game.

“I thought it was exactly what a championship game should be: two good teams playing to a tie during regulation and having to play overtime to determine a winner,” said Gladden.

Gladden gave all the credit to his coaching staff for having the team ready to play every night.

“Overall, it was a great team effort.”