Priceville gets first win in six tries against Deshler 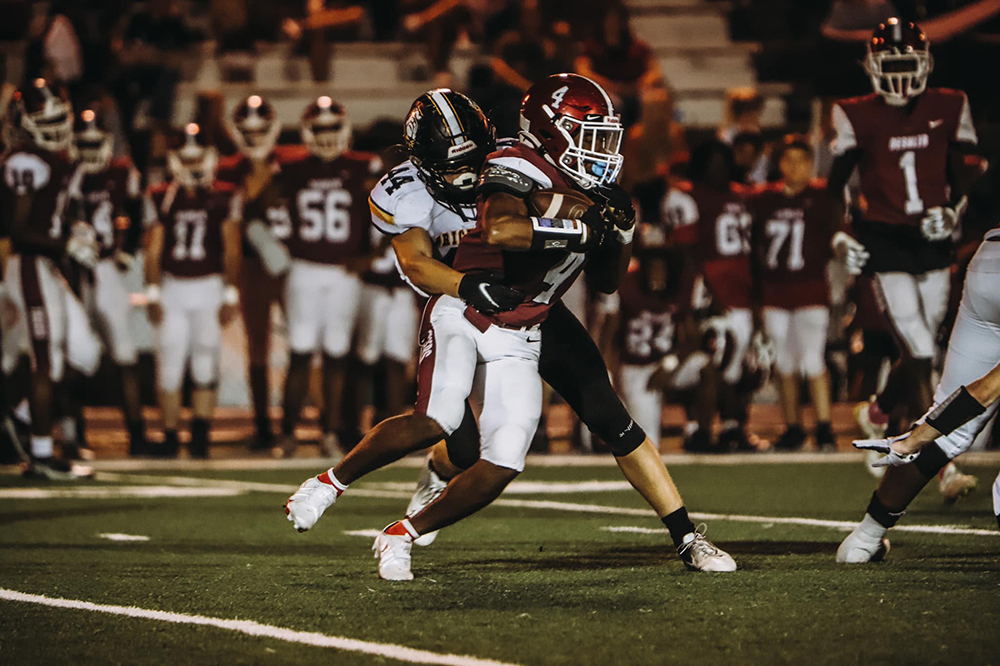 The Priceville Bulldogs broke down another wall with their 28-16 win over Deshler this past Thursday.

The win was the first for Priceville over Deshler in the six-game series dating back to 2010.

The Tigers came into the game outscoring the Bulldogs 262-44 in their previous five matchups. The closest game in the series was this past season’s 23-21 finish.

The Bulldogs opened the game with a scoring drive that ended with Xander Gaines’ 6-yard touchdown run to take a 7-0 lead.

The Tigers answered back with a scoring drive of their own when Ethan Foster scored on a 6-yard run. However, the extra-point try was no good, making the score 7-6.

The score was unchanged until inside one minute left in the half when the Tigers’ Kaleb Christman got a second chance and kicked a 22-yard field goal to make it 9-7. When Priceville was flagged for a personal foul on the first attempt, Deshler got the second chance.

Priceville opened the second half just like the first: with a scoring drive. Prickett connected with William Baker for a 35-yard touchdown pass to make the score 14-9.

Jake Langlois picked off a Deshler pass early in the fourth quarter to give the ball back to the Bulldogs. They capitalized on the turnover when Prickett connected with Gaines for a 10-yard touchdown pass to make the score 21-9.

On the Tigers’ next possession, Langlois intercepted his second pass of the game at midfield and returned it 50 yards for a touchdown to put Priceville up 28-9.

Deshler added a touchdown with less than two minutes left to make the final score 28-16.

Prickett finished two of two for 45 yards and two touchdowns. Mason Cartee led the team in rushing with 140 yards on 26 carries.

Langlois led the defense with 18 tackles, two interceptions, and a touchdown. Tristan Holmes had 10 tackles.

The Bulldogs secured second place in the region and will host a first-round playoff game on November 5. Priceville will play the third seed from 4A Region 6.