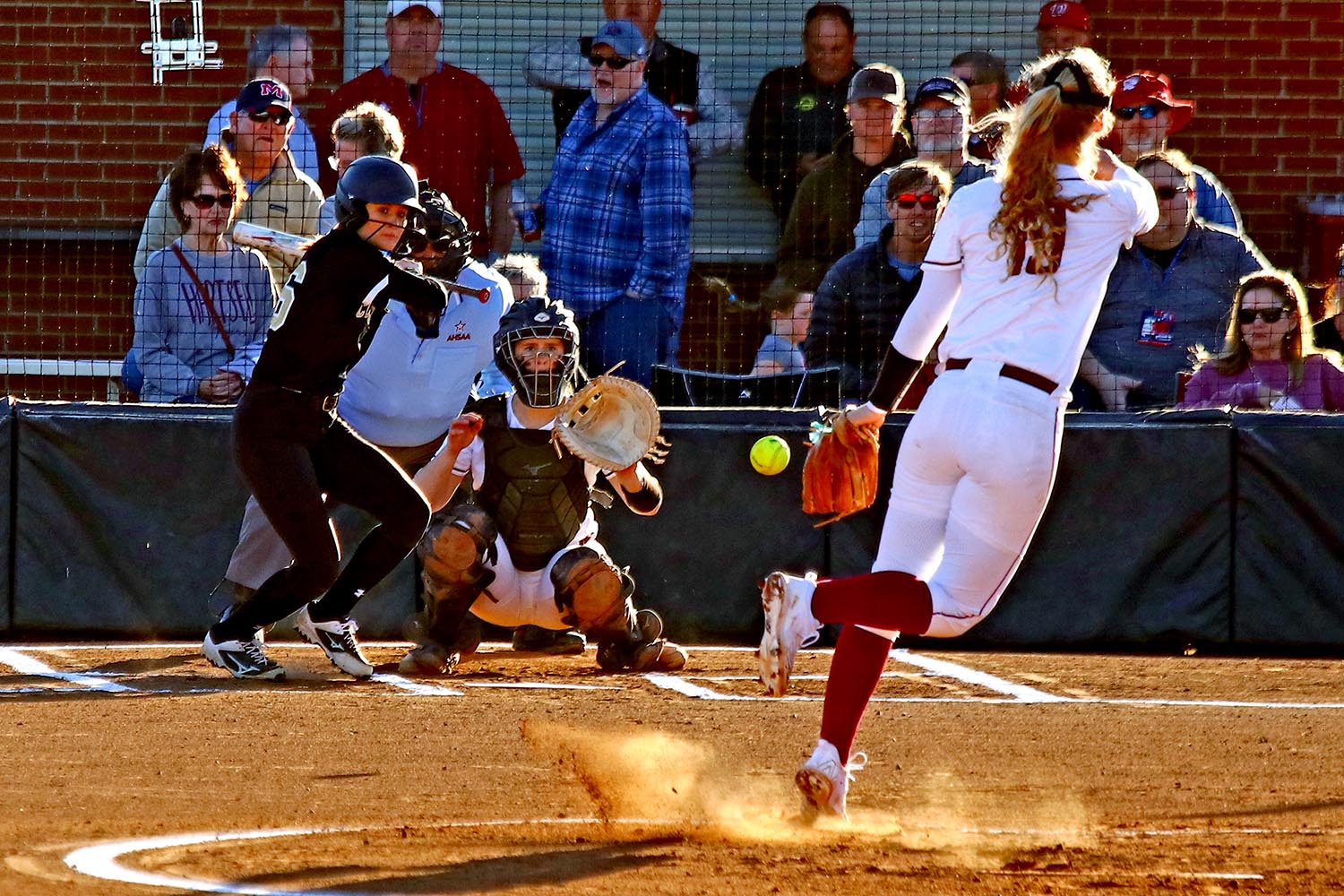 The Hartselle Lady Tigers opened are play with two dominating victories over Muscle Shoals and Cullman to start the week. However, the Lady Tigers saw their 18-game unbeaten streak end with a 3-0 loss to Mortimer Jordan to close out the week at the Spain Park Jaguars Classic in Hoover.

Hartselle 8, Muscle Shoals 2
Larissa Preuitt finished the day 4-for-4 with four runs scored to lead the Lady Tigers to an 8-2 win on the road at Muscle Shoals to open area play. Karis Lentz was 3-for 4 with a home run and five RBIs.

Godfrey pitched her second perfect game of the season and her third no-hitter to pick up the win. She struck out eight of the 12 batters that she faced.